Award-winning German photographer Tom Hegen recently took to the skies above The Netherlands at night and capturing striking photos of massive greenhouses illuminated in the landscapes below. The newly-published work is titled “The Greenhouse Series.” 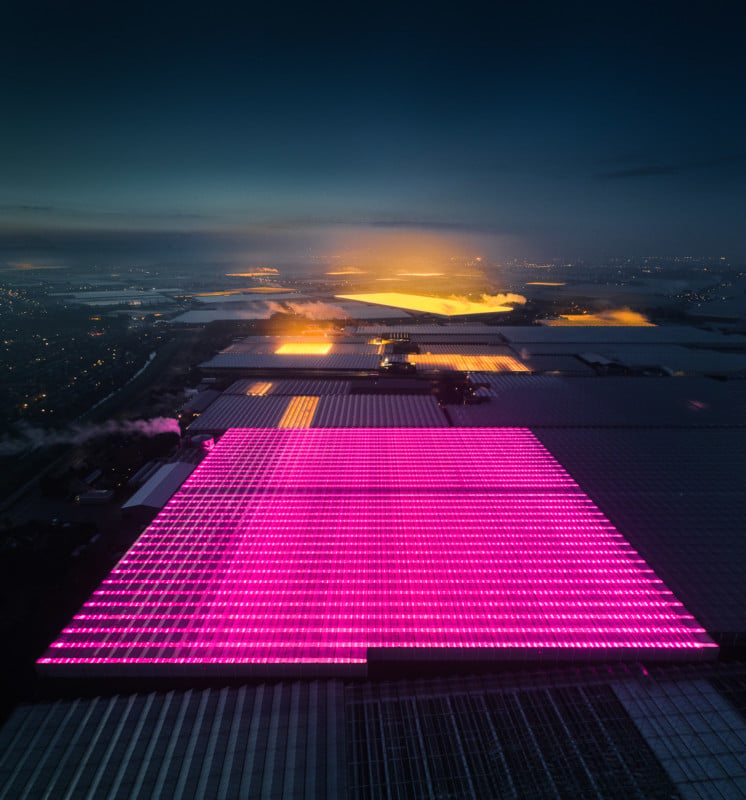 “According to the United Nations, the world’s population will grow from today’s 7.5 billion people to 10 billion in 2050,” Hegen writes. “And as natural resources like farmland and water become scarce, feeding the world will become an even greater challenge.”

Dutch researchers are working on feeding more people with less land area by growing crops inside greenhouses. With carefully maintained temperature, humidity, and LED grow lights, essential crops can be cultivated year-round regardless of season and weather. Compared to outdoor farms, the greenhouses can produce double the average yield. 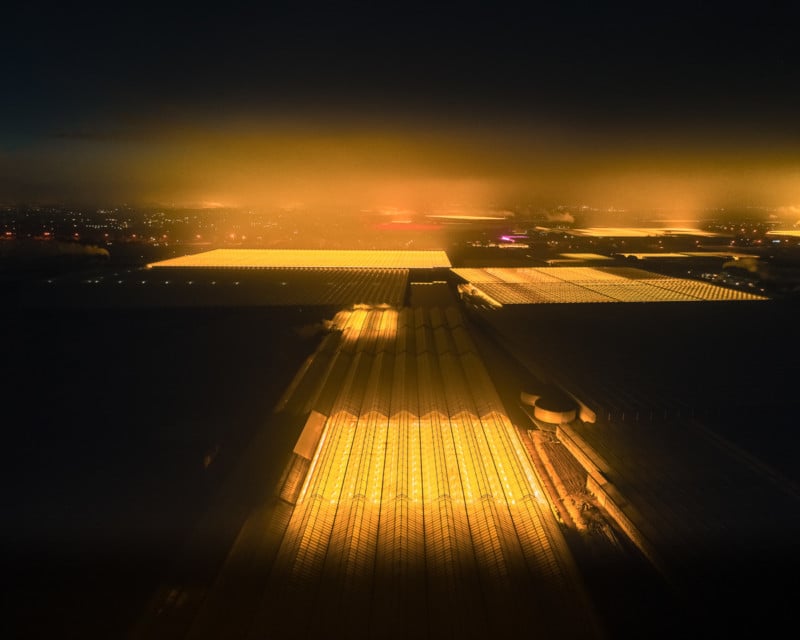 “The Netherlands is the globe’s number two exporter of food as measured by value, second only to the United States, which has 270 times its landmass,” Hegen writes. “The Dutch have created the most advanced area in the world for controlled environment agriculture and have become world leaders in agricultural innovation.

“However, there are also consequences this growing method brings with it, like light pollution or growing crops out of season and ship them around the world, so people can eat strawberries year-round. Ordinances have been developed in which up to 98% of the electric lighting must be contained within a greenhouse facility by using blackout screens and curtains along the sides and roofs.” 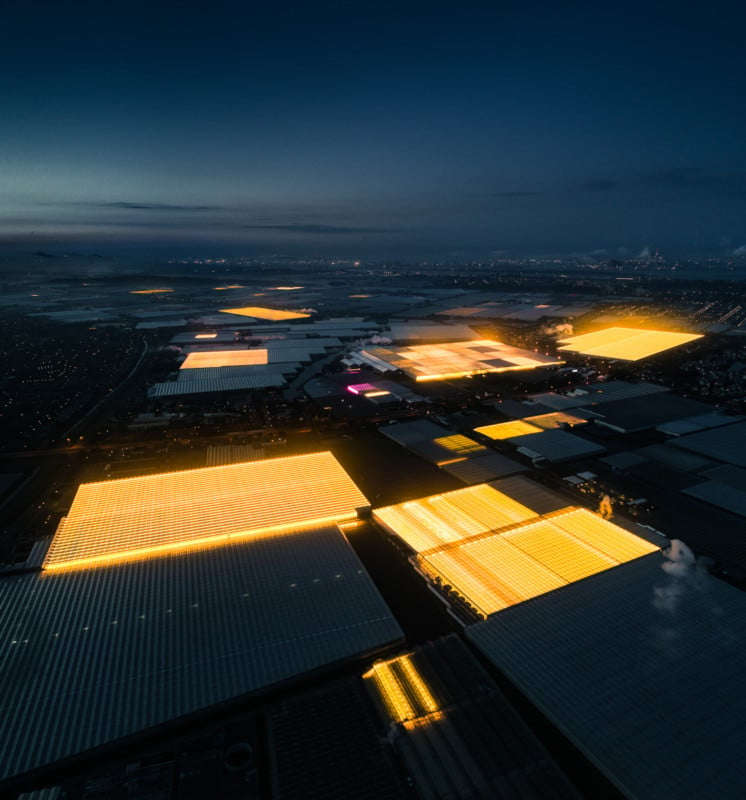 As light pollution regulations get more and more strict, these types of aerial views of Dutch greenhouses may not be around much longer.

A Look at ‘The Decisive Moment’ by Henri Cartier-Bresson

A Crash Course in 100 Years of Nikon Lens History