Canon has announced the development of the EOS 1D X Mark III, the successor to the 1D X Mark II and a flagship DSLR that has more power, more speed, and more durability.

“Ideal for sports and wildlife, the flagship DSLR is being engineered and designed using feedback from the worldwide community of EOS-1D X and EOS-1D X Mark II photographers,” Canon says.

Inside the 1D X Mark III are a brand new Canon-developed CMOS sensor and DIGIC processor that produces improved image quality across its ISO range.

The camera will be able to shoot 10-bit HEIF (High Efficiency Image File) photos, which has a wider dynamic range and color representation compared to JPEG files.

In the area of video, the camera will shoot 4K resolution at 60fps with 10-bit 4:2:2 Canon Log internal recording. Autofocusing by the camera will be powered by a new algorithm that improves upon stability and tracking while shooting both through the optical viewfinder and using Live View. There’s also a subject tracking system that uses deep learning A.I. technology to help accurately track focus on every shot. 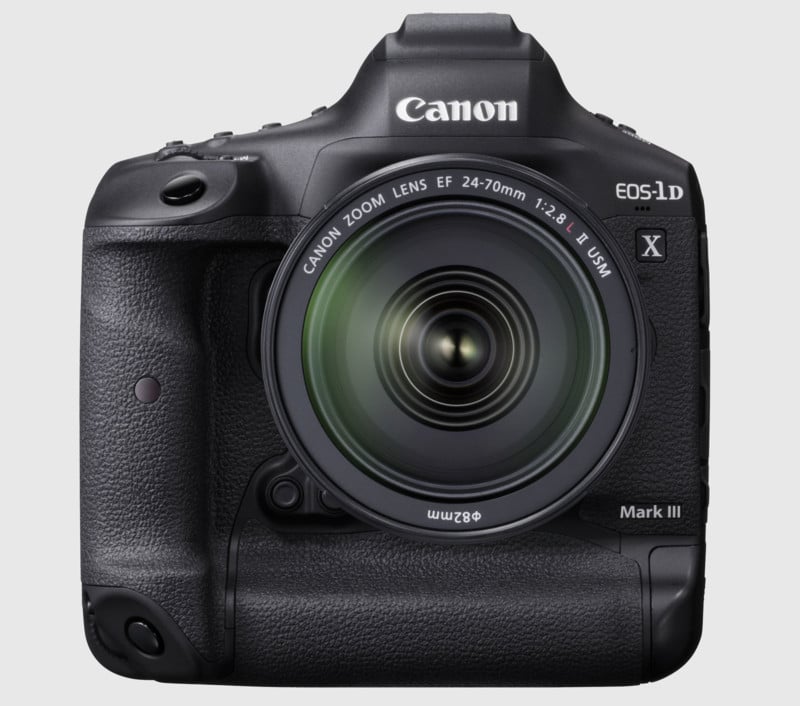 Compared to the 1D X Mark II, the 1D X Mark III will boast a new autofocus sensor that has 28 times the resolution in the center of the frame when using the optical viewfinder. Switch to Live View, and you’ll have 525 AF areas at your disposal that are powered by the Dual Pixel CMOS AF system that covers about 90% of the image sensor along one axis and 100% on the other.

When shooting in full-time AF and AE, photographers will enjoy blazing-fast frame rates starting at 16fps with the optical viewfinder and mechanical shutter up to 20fps with Live View (up from 14fps and 16fps, respectively).

With dual CFexpress card slots, the 1D X Mark III will have a buffer five times the depth of its predecessor (which could shoot up to 170 RAW photos at full resolution and 14fps). 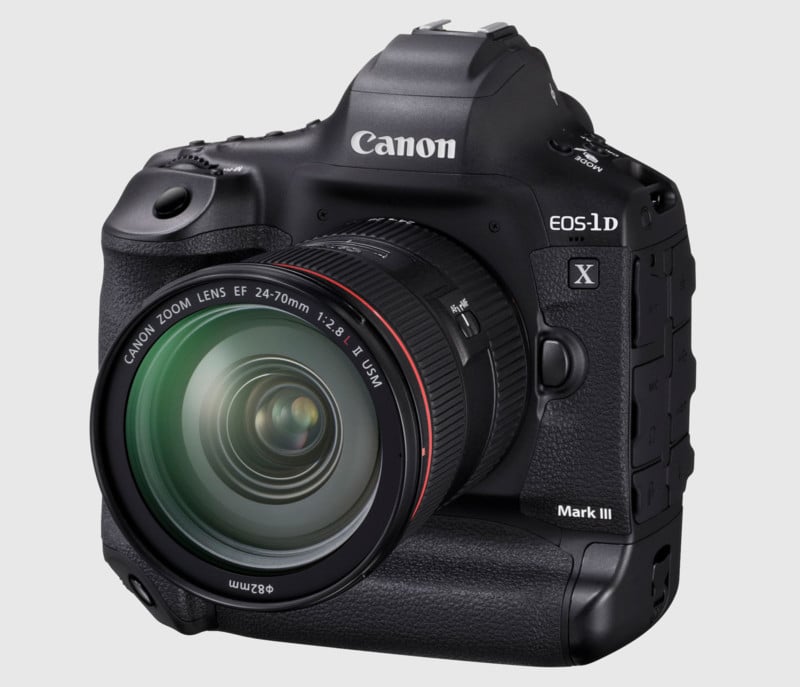 The 1D X Mark III is a connected camera that has built-in Wi-Fi, Bluetooth, and GPS. Transferring files via the built-in Ethernet connection or optional wireless file transmitter (WFT-E9) — which had a simpler network set-up process — is over twice as fast as with the 1D X Mark II.

Build-wise, the 1D X Mark III features a magnesium alloy body that’s weather-sealed against wind, rain, and humidity. Certain buttons on the camera are now illuminated for ease of use in low-light environments.

Although the layout and ergonomics of the camera will be familiar to photographers who have previously used a 1D-line DSLR, Canon is introducing a new AF point selection control that’s built into the AF-ON button. This control will allow photographers to select their autofocus points quickly and easily.

The full specs, pricing, and availability of the 1D X Mark III will be announced at a later date.

What Does a Photograph DO Anyways?

Fuji Revealed How Their Ambassador Takes Photos. Then He Was Canceled.