It looks like Canon wants to get creative with the full-frame mirrorless RF mount. A new patent uncovered by Canon News shows that the brand is working on an 8mm f/4 circular fisheye lens with a whopping 182° field of view.

The Japanese patent application describes an optical formula that would produce a 23 x 23mm image circle, allowing you to capture the full circle (and a very heavy vignette) a full-frame sensor. It’s not 100% certain that this lens would be for the RF mount, but Canon has made its commitment to the mirrorless mount(s) over the EF mount explicit, so this explanation makes the most sense.

But more importantly, look at the sheer size of that front element compared to the rest of the glass: 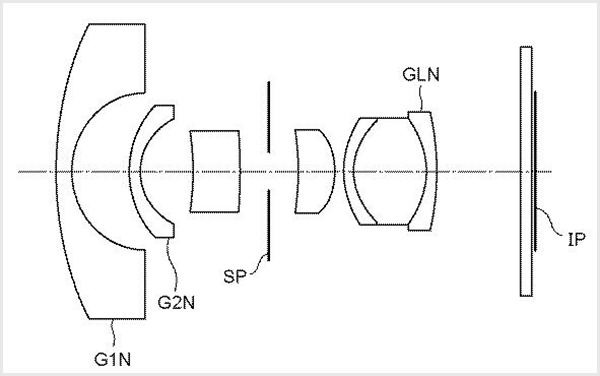 According to one set of specs in the original patent, the lens will produce an image height (radius) of 11.5mm, and a “half angle of view” of 90.96°, making the overall field of view almost 182°. In other words: the lens would be able to see behind itself.

Of course, ultra-niche lenses like this are not the priority when establishing a lens mount. It’s more critical that Canon release some affordable primes, like the 85mm f/1.8 and 100mm f/2.8 lens patents we shared two days ago. But once the lineup is fully established, extreme lenses like this one would, at the very least, generate a lot of buzz.

Plus, how else are you going to get that iconic album cover look?

Instagram Temporarily Blocks ‘Recent’ Hashtags Ahead of US Election

MIT Engineers Created a 180° Fisheye Lens from a Single, Flat Piece of Glass

Portraits of My Son’s Outfits for COVID-19 Homeschooling