Canon today announced the new 1D X Mark III, the company’s new flagship DSLR and successor to the 1D X Mark II that was announced back in early 2016. 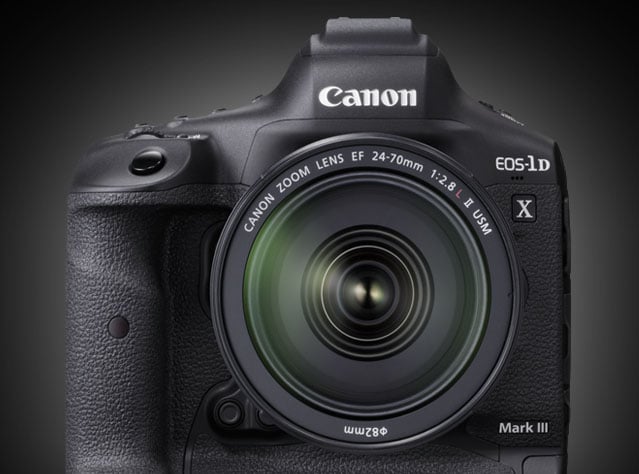 In addition to the primary DIGIC X processor, there’s also a DIGIC 8 processor in the camera that’s dedicated to the camera’s AF/AE functionality. Compared to its predecessor (dual DIGIC 6+) the 1D X Mark III boasts 3.1 times the image processing power and 380 times Dual CMOS AF processing performance, all while using up less power. 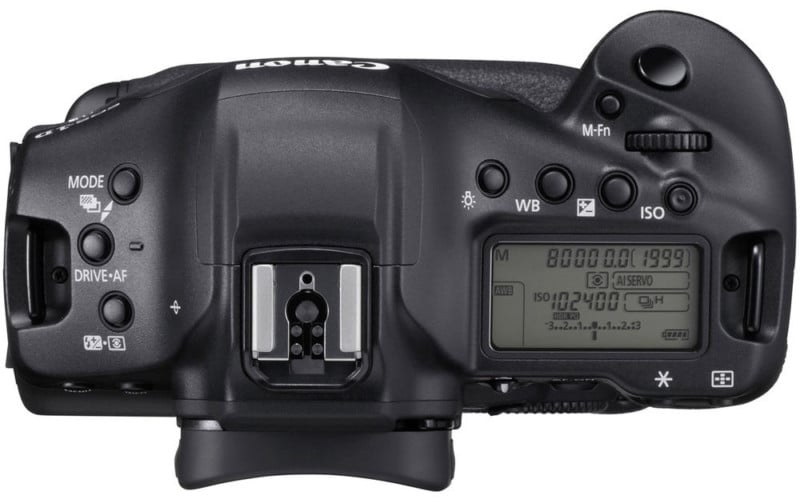 Speed-wise, the camera can fire off 16 frames per second while using the optical viewfinder (with reduced time lag and image blackout). Switch to Live View shooting with the mechanical or silent shutter and that frame rate goes up to 20fps. The camera’s buffer can hold 1,000 or more RAW+JPEG photos when using the dual CFexress card slots. The autofocus system is a new 191-point optical viewfinder AF system (with 155 cross-type points) that uses Deep Learning Technology to track a subject’s head and face. Canon says the AF sensor has been redesigned with a new square pixel design (based on image sensors), giving the AF sensor 28 times the resolution at the center.

The Dual Pixel CMOS AF during Live View provides accurate autofocus over 90%x100% of the viewfinder with an EV of -6~18. There are 3869 manually selectable AF positions and 525 automatic areas.

“In Live View shooting, the EOS-1D X Mark III’s AF system supports face, head and, most noteworthy, eye detection AF tracking,” Canon says. “Eye detection AF provides high-precision tracking by locking in on and following the eye of a moving subject. When in Live View AF/AE tracking is supported during high-speed burst shooting with the ability to capture up to 20 fps in both RAW and RAW + JPEG file format.”

A new Smart Controller has been built into the AF-On button, allowing photographers to quickly select AF points. This allows you to quickly move AF points by dragging your finger across the button’s surface while looking through the viewfinder or during Live View. The feature can also be used to move the magnified area during image playback.

On the video front, the camera can do 12-bit 5.5K RAW video internal recording and oversampling 4K 60p video recording using the full width of the sensor in Canon Log (12 stops of High Dynamic Range) with 10-bit 4:2:2. There’s also an HDMI port for transmitting 4K 60p data to external devices/recorders.

The back of the camera features a 3.2-inch 2.1-million-dot touchscreen LCD under a viewfinder with 100% coverage and a 0.76x magnification. In the area of communications, the 1D X Mark III has a new Network tab in the menu for setting up connections such as built-in gigabit Ethernet, Wi-Fi, Bluetooth, and more (e.g. FTP, EOS Utility, or Browser Remote). There’s also support for encrypted network authentication. 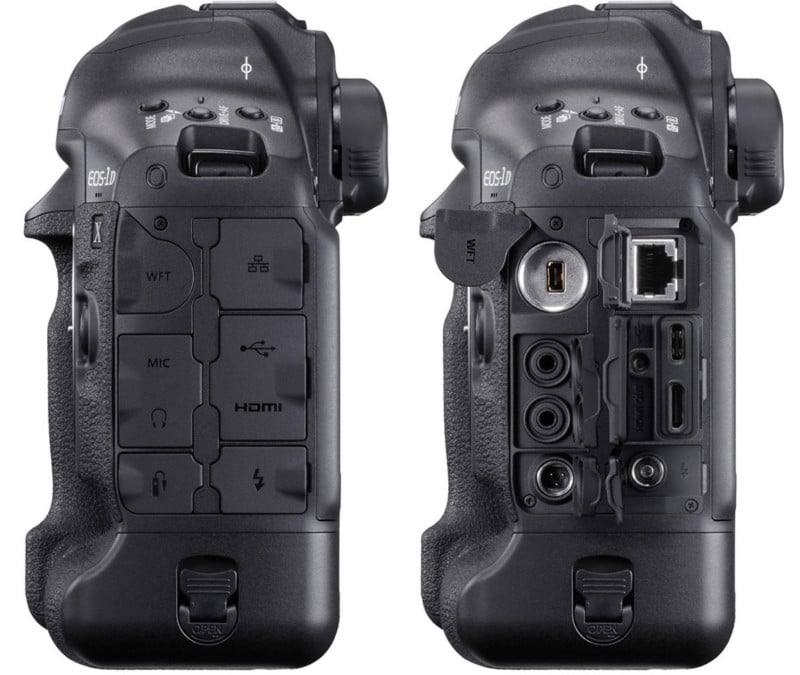 Here are a few official sample photos captured with the camera:

Here are a few videos that offer a first look at the new camera:

The Canon 1D X Mark III will be available in mid-February 2020 bundled with a SanDisk 64GB CFExpress card and reader with a price tag of $6,499. A WFT-E9 wireless file transmitter will be available at the same time for $650.

GravGrip is a Battery-Free Hydraulic Stabilizer for Phones and GoPros