When engaged couple Alyssa Snodsmith and Collin Hewett joined friend and photographer Chandler Lefever on-location for their engagement shoot, they decided to try and recreate a cute Pinterest photo that they had found online. So far so good… except the couple’s attempt to create their own version of the shot didn’t quite go as planned.

The photo in question shows a couple doing a romantic “champagne pour” during a picnic-themed photo shoot. It seemed like a fun concept that could yield a cute photo, so they tried it. Unfortunately, when the moment came, Hewett was a bit too generous with the champagne, leading to a predictably hilarious set of images that Lefever was good enough to capture.

And it’s a good thing he did, because the photo shoot and story blew up after the groom-to-be shared the photos, alongside their Pinterest inspiration, on Twitter:

So me and Alyssa took our engagements pictures yesterday. She found a Pinterest picture that she wanted to try and recreate
.
.
.
I botched it pic.twitter.com/oSSUCB4o6A

The photos have been retweeted over 58K times and liked over 497K times since they were first posted on October 20th.

“It’s crazy!” Snodsmith told Mashable. “We had no idea it would blow up like this! Collin just posted it because it was super funny and we wanted our friends to see it.”

Here’s the full, ill-fated sequence from start to finish: 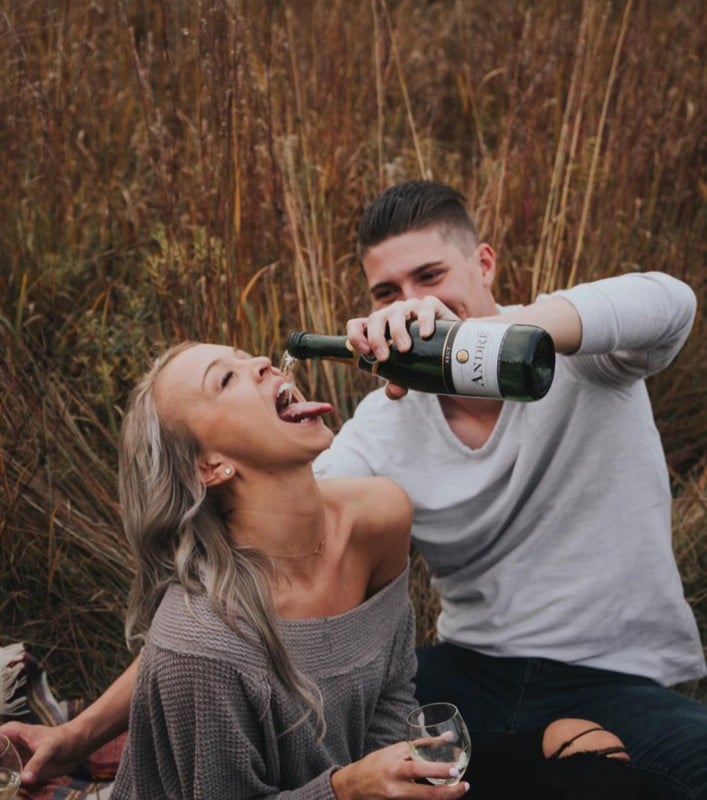 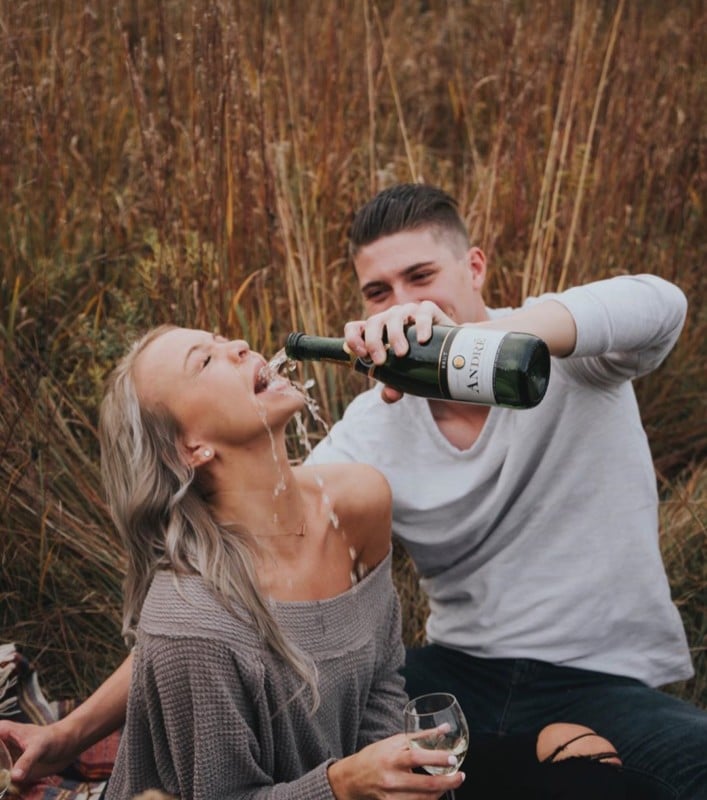 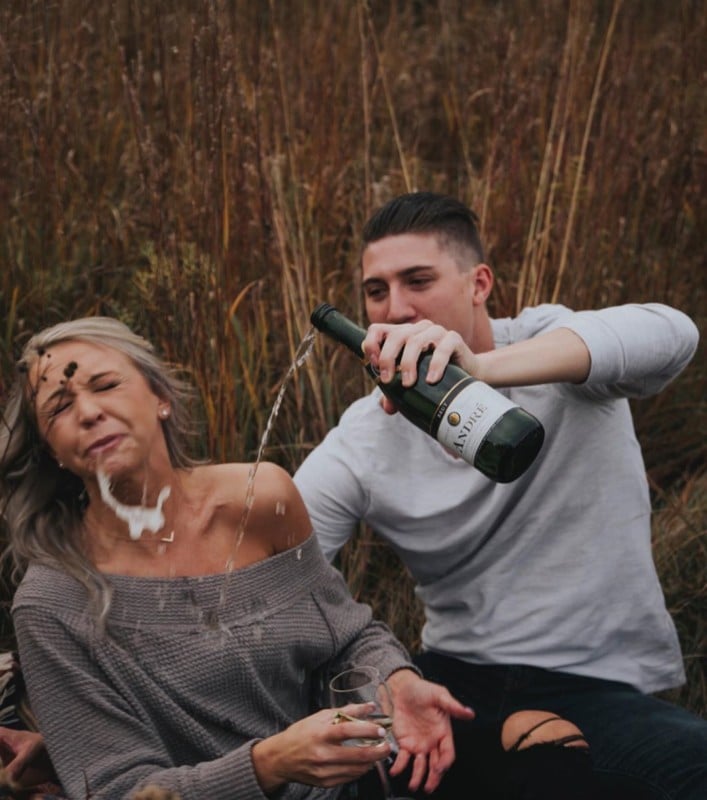 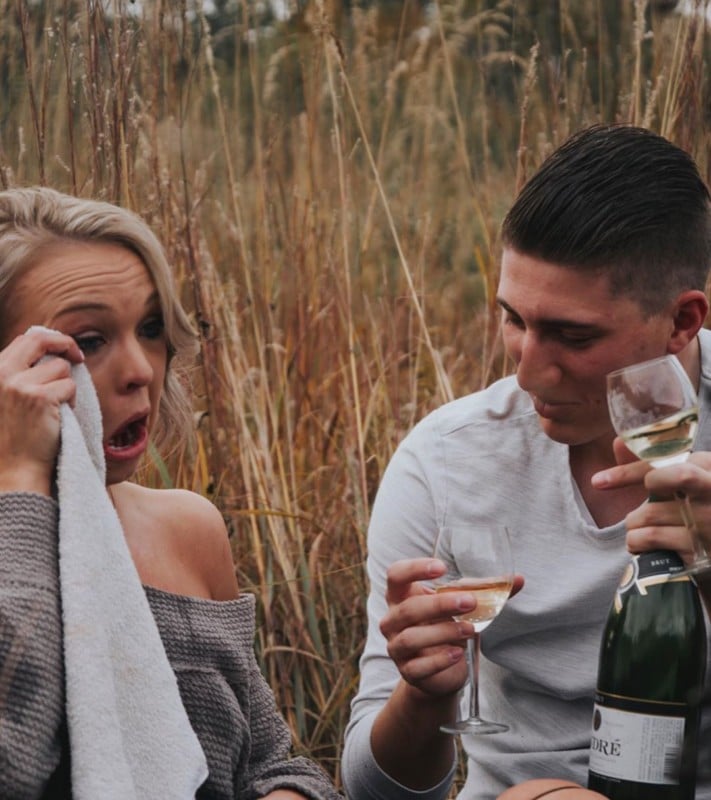 Ironically, we have a feeling these are the shots the couple will appreciate most when they revisit their engagement photos somewhere down the line. Sure, they didn’t get the Pinterest-perfect, romantic shot they wanted… but they definitely made a memory.

Image credits: Photos by Chandler Lefever and used with permission.