The idea that this quote seems to promote is a kind of attrition, that mastery over one powerful method will win out over a range of “only-proficient” techniques. I think that there are a few genres of photography where this approach would actually be an immense asset — for example being able to churn out commercial headshots or paint by number music gigs — where the priority is to produce consistent work in bulk.

However, something that held me back a lot more than I was aware of at the time was reconciling the (misplaced) belief that I needed to have something consistent and intangible in order to achieve “success” in my photography. For the first year or so after picking up a camera, a time where I now realize I should have been producing my own experimentation, I was actually looking at the work of others and seeking to replicate their results — similar to a painter visiting a gallery and practicing brushstrokes. The result may be decent, but it won’t really be yours.

Techniques in photography are not especially difficult, and almost any “secret method” can be learned or figured out online. Changing things up constantly, challenging yourself to break free from photocopying methods and styles, and applying yourself to new situations, locations, and cultures is not something that can really be studied — it relies on your own motivation to produce original ideas and work.

I was working towards consistency, but consistency in and of itself is not a meaningful goal. It was only when I started to think in terms of stories and projects that I opened up to the potential of shooting with a little more freedom.

When I learned about street photography my exposure on social media was to the New Wave style, which represents only a very small fraction of the kinds of aesthetic which that genre can possess. The approach is very effective at producing a very consistent portfolio, but the compromise is that every photograph is essentially communicating the same thing. 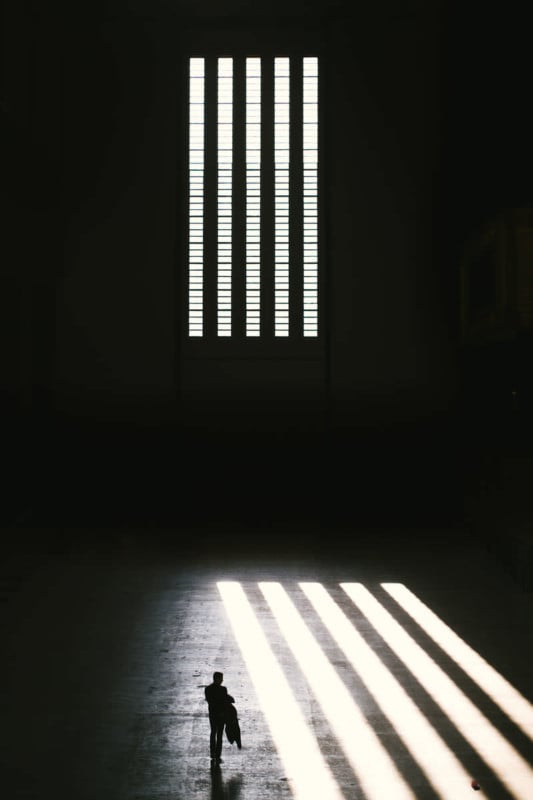 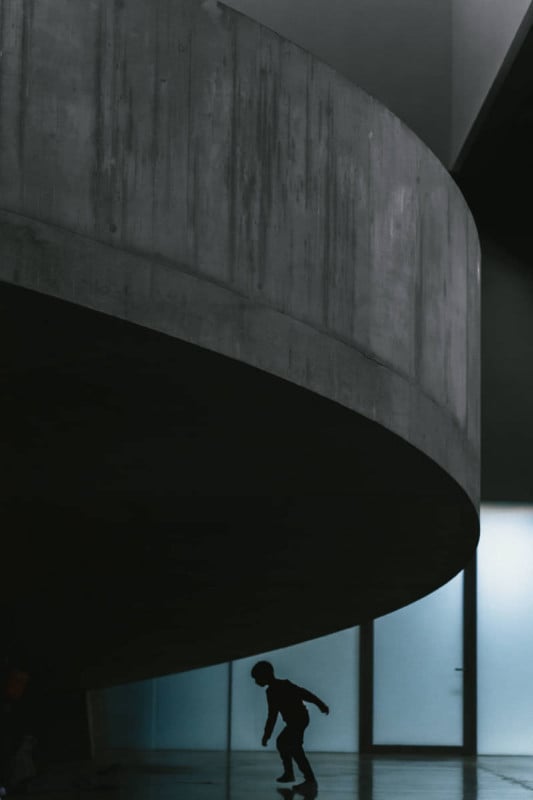 I think that the typical New Wave photograph of a silhouette walking through some light-geometry is the most direct translation of performing one kick ten thousand times. It’s absolutely possible to produce an image like this many many times over, and it’s possible that each one will be nice to look at, but as a body of work, I think this gets tired very quickly.

I don’t want to just take one photograph really well, multiple times, and call it a style; instead what I realized I was after was a body of work, where the strength of each individual image may fluctuate but as a collection, or a series, they become greater than the sum of their parts. I don’t want my photographs to look or even “feel” the same just for the sake of it. 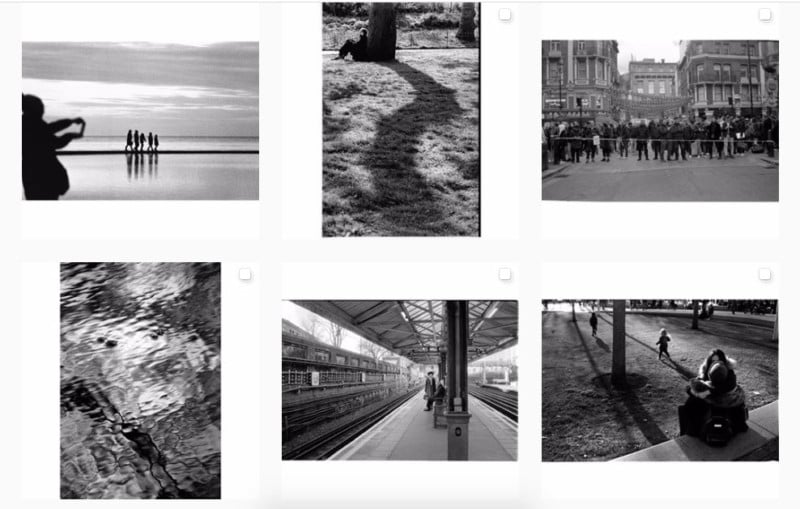 Something film photography offered me, aside from the very limited approach to shooting a bulk of images, was the way that it extended my workflow beyond a few hours or days. Spending weeks or months before developing an image means that when I eventually see it is it stripped of all trend — any look or gimmick I may have been trying to achieve is irrelevant. Either the image stands or it does not, and this meant that my entire energy into the craft became about delivering as few disappointments to my future self as possible. I now rely less on visual tricks and aesthetics, exposure became a guideline rather than something precise, and I became more obsessed with narrative than on the language of individual images. Essentially I felt I could simply do my own thing, and judge my work based on my own criteria, no one else’s.

This all informs my current approach which is to avoid photographs I know I already have versions of, especially while working on social documentary projects, unless I think it will be noticeably better, or say something different to the existing version. 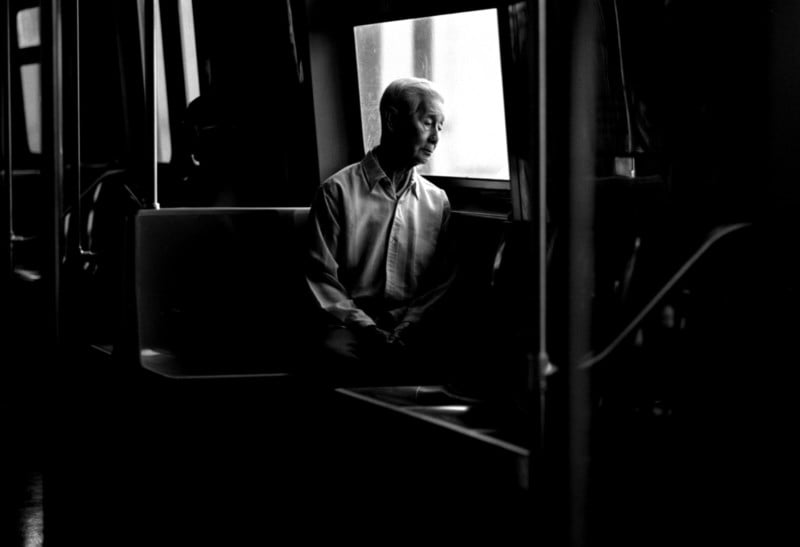 As a street photographer, I only need one photograph of someone walking through light to say what that photograph needs to say, so I don’t need to actively keep searching for that situation once I feel I have one (although I’ll still take any contenders I happen across incidentally, but they really need to stand out to me!). 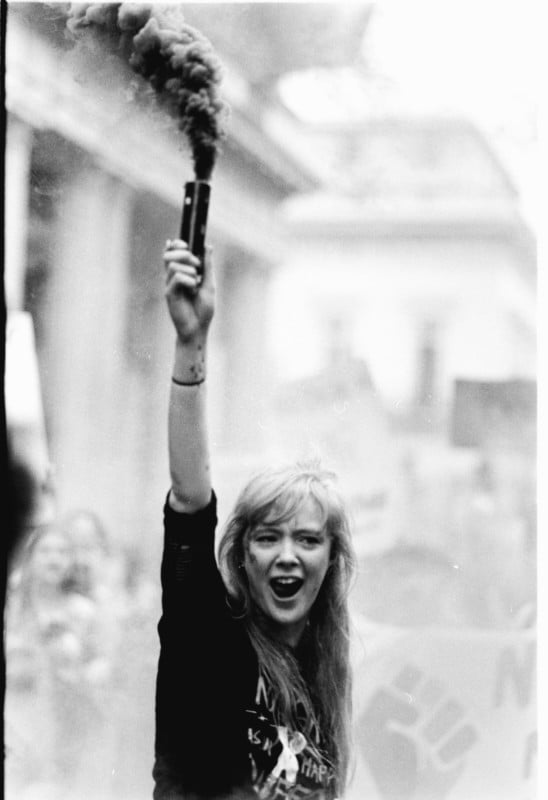 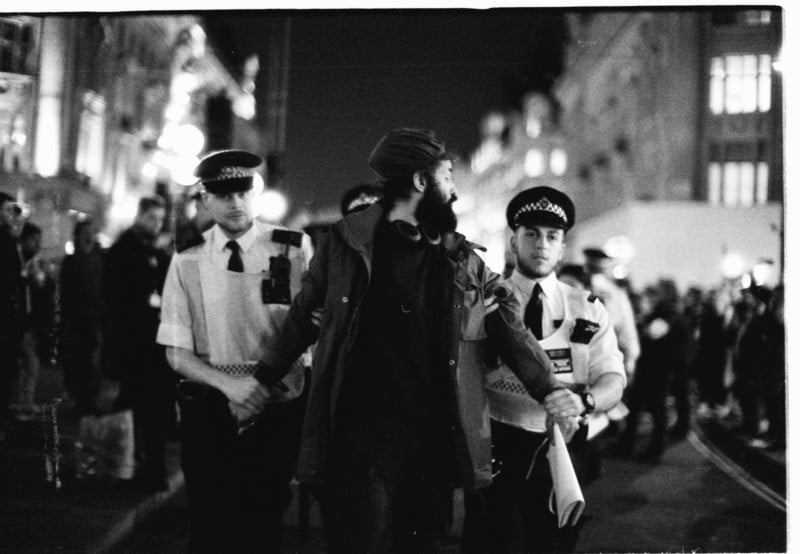 Once I’ve established the scene and introduced the characters, I can start to focus on what I find really interesting, which is the unique actions that are taking place in that space — beyond the basics, what else is going on? It’s in those details that I’ve created my best work to date. 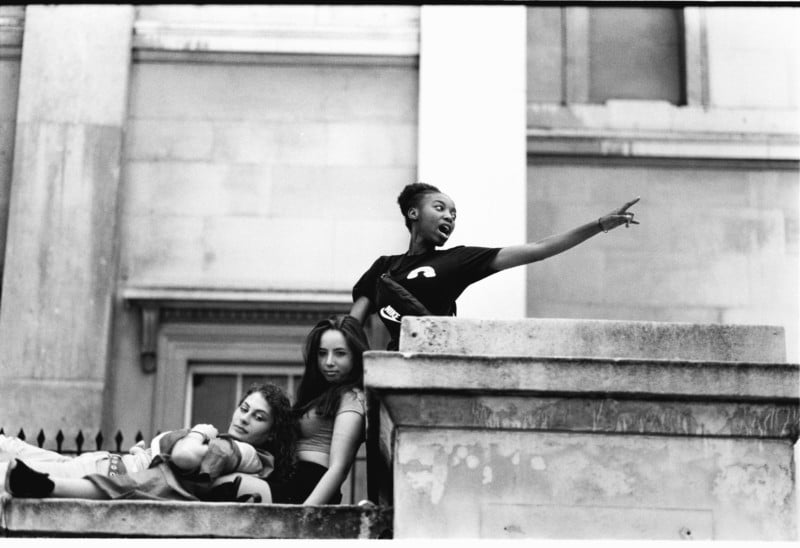 I’ve been working on composing with wider lenses to possibly start to show multiple things happening in each frame, and will hopefully be able to incorporate as many key elements in each frame in order to tell my story in fewer steps.

As a collection, with these photographs taken within the same space, or span of time they become cohesive and coherent as a body of work — but it’s a diverse one where every photograph justifies its existence and doesn’t simply reiterate unless its purpose is to reiterate. 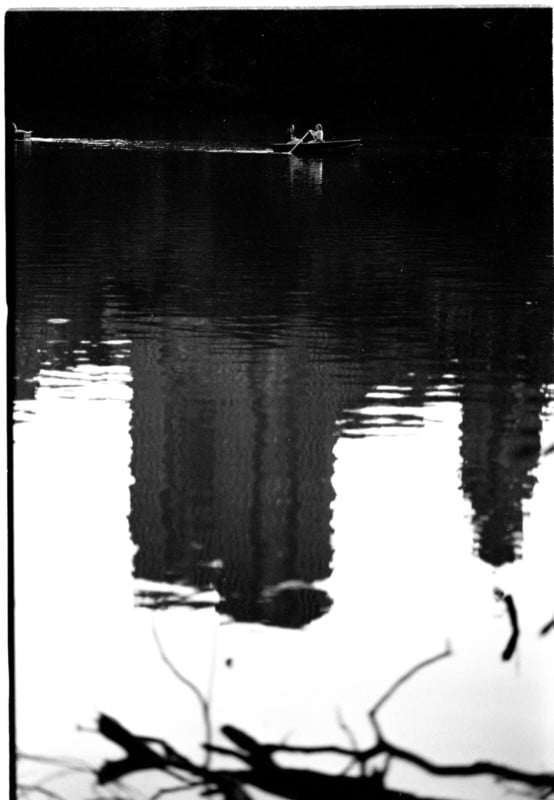 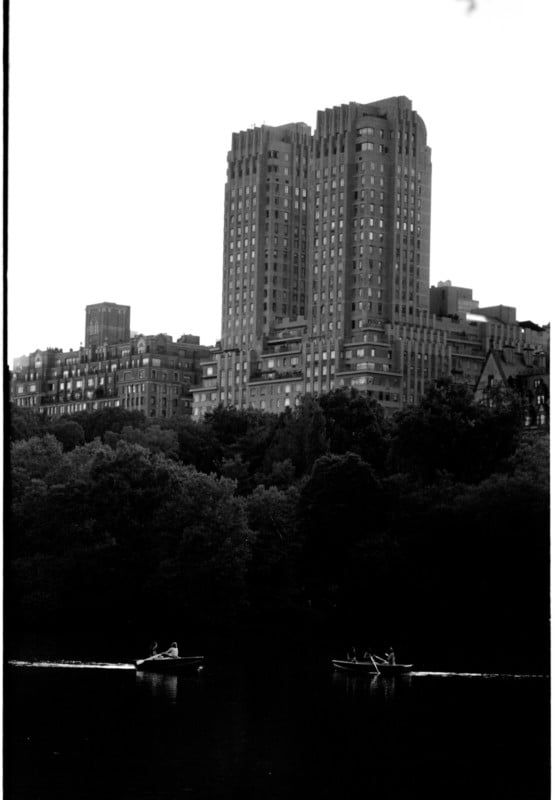 I want to keep my mind fresh, and avoid the boredom that comes from having an expectation of what I’ll be creating — if I can imagine what I’ll be photographing on a personal project then what’s the point in making those images? I want those situations that would never even occur to me. Whatever I’m working on, and whatever situation I find myself in, however familiar it may be, I’m looking for ways to see things that I haven’t before, notice new details, or to understand ways to re-contextualize elements. 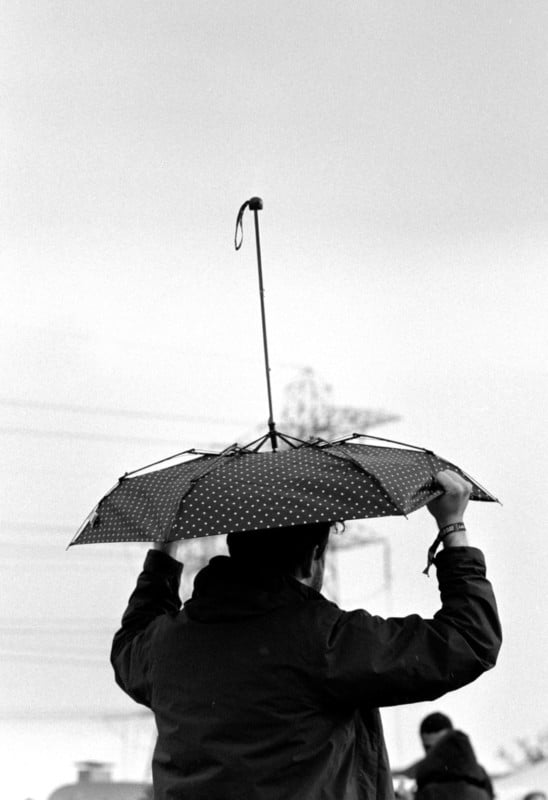 When a group of images made with this approach comes together as a series, for example my body of work which formed around documenting the police performing public order duties around London, it is more than just portraits of officers, or easily repeatable tropes involving arrest or cordons — visually mundane activities. Instead, moments that stood out to me as being unique, featuring layered scenes of activity, and motion, even comedy, are what I am able to work with: photographs which would be interesting and valid whether or not they were specifically about the Police or any other given subject. 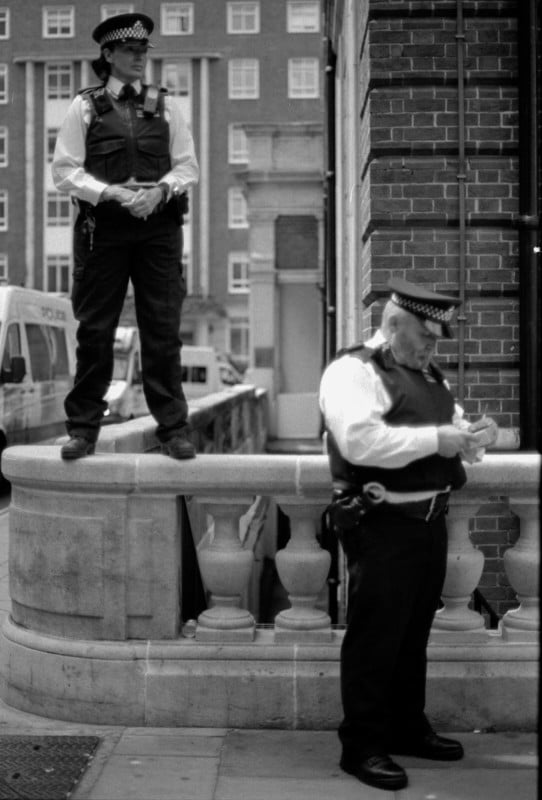 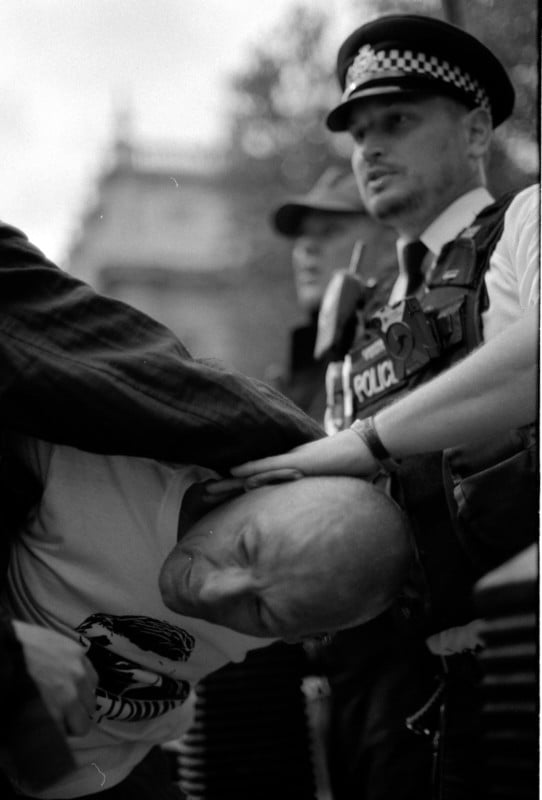 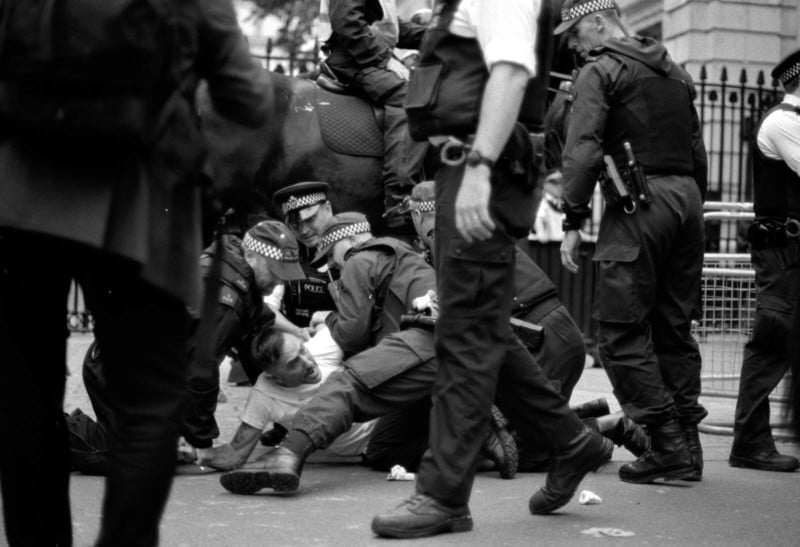 In this series the diversity between frames as well as within them is key to keeping the audience’s interest moving from one photograph to the next, ensuring that it stands strong as a series, not relying on one powerful image to support other weaker ones.

This has a similar, wider effect on my photography — I cannot simply rest on any one success. I want to constantly strive for betterment, taking more risks, trying new techniques, and continuing to produce fresh results. Perhaps most importantly, this means that my work continues to engage me. I am not bored as I am constantly alert for something new to grab me — new stories to tell, not new aesthetics to beat to death.

About the author: Simon King is a London-based photographer and photojournalist, currently working on a number of long-term documentary and street photography projects. The opinions expressed in this article are solely those of the author. You can follow his work on Instagram. Simon also teaches a short course in Street Photography at UAL, which can be read about here.

Developing Film With Beer and Other Nostalgia

Convert an Old Ambulance Into a Camera Gear Truck