Helsinki-based photographer and filmmaker Anders Lönnfeldt loves drone photography, architecture, and geometric compositions that draw you in. Now that he’s found himself out of work due to the pandemic, he’s bringing all three of those sensibilities together in a new series of done photos called Urban Aerials.

“The pandemic means less or no work for many creators. That is also the case for me,” Lönnfeldt tells PetaPixel. “This is the first time in many many years I have ‘nothing to do’ and it was an unfamiliar feeling.”

So he came up with a personal project that he could do alone, without meeting people in real life. 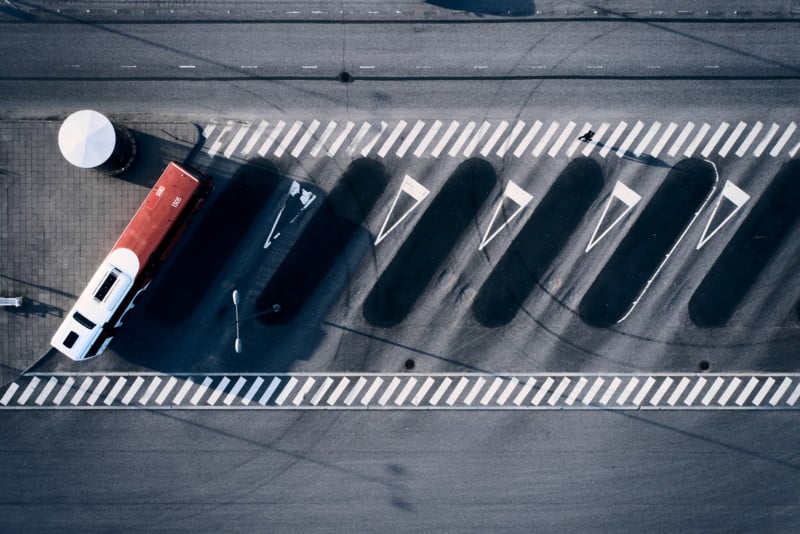 Planning for each shot is done using Google Maps satellite view, and the photos themselves are captured using a Phantom 4 Pro+ V2. Most of the resulting images are the Insta-famous “top-down” style, and all of them were edited to look “a bit dark, cold and moody,” reminiscent of Nordic crime dramas that Lönnfeldt says are “a huge inspiration for me.”

“I’ve always been a fan of images with aesthetic composition, and I am a big fan of beautiful architecture,” says Lönnfeldt. “That’s the aesthetic, the vision, that I tried to bring to life while working on this project.”

Scroll down to see some of what he’s captured for Urban Aerials so far: 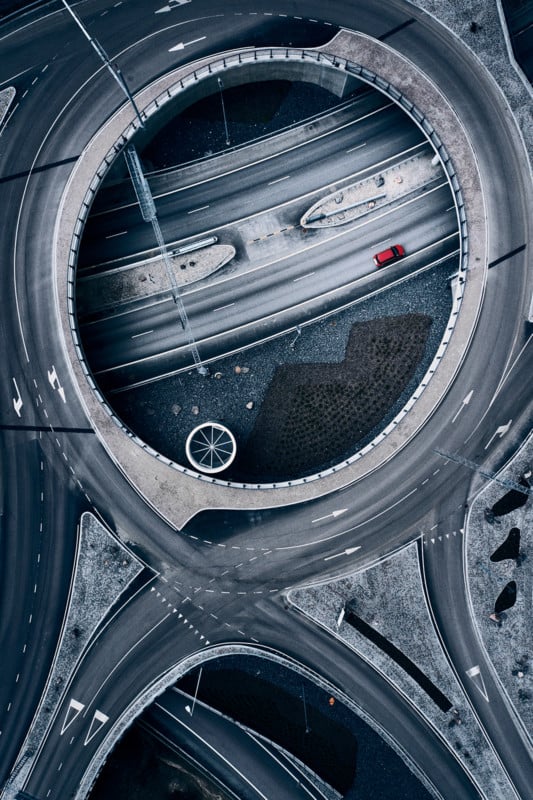 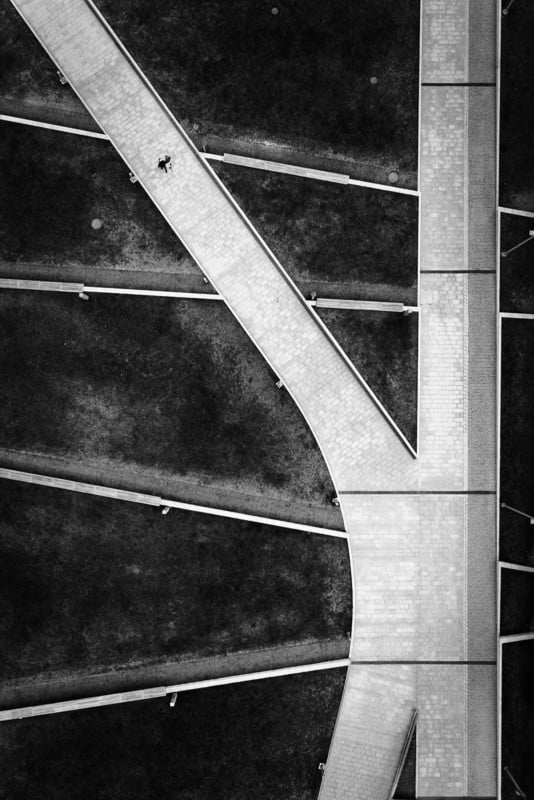 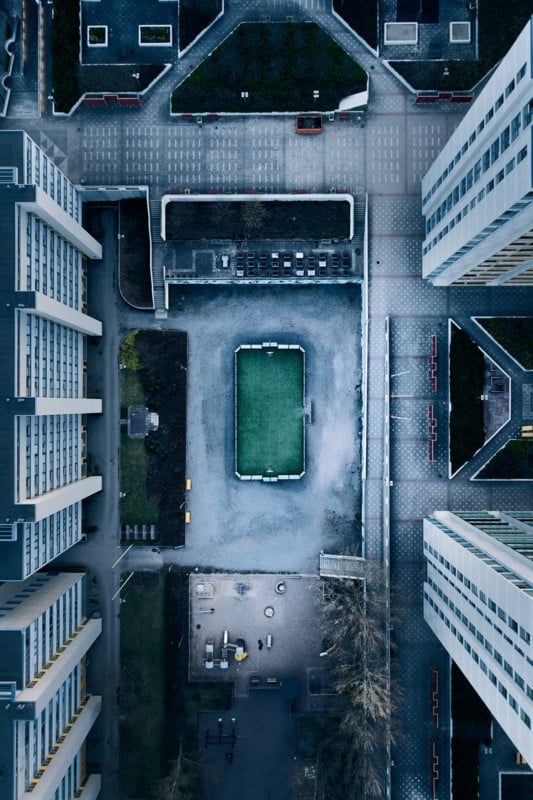 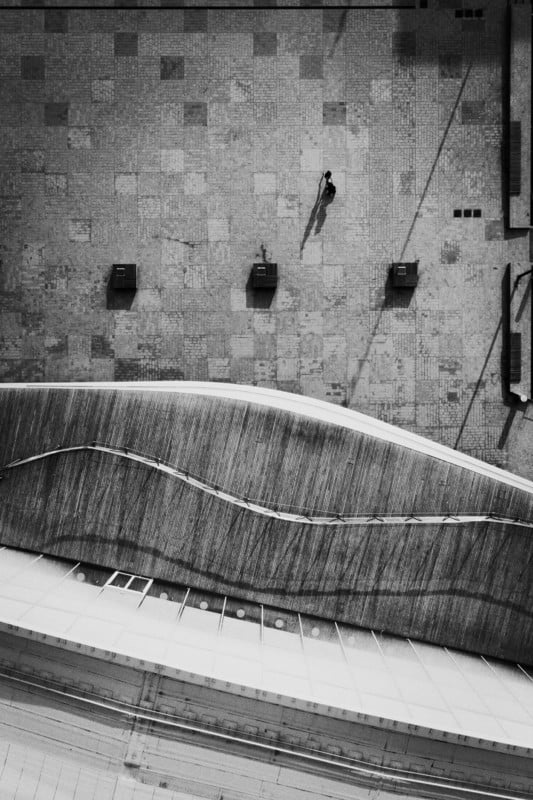 Image credits: All photos by Anders Lönnfeldt and used with permission.

How to Add Believable Snow to an Image in Photoshop