Jonathan Lucan of Lucan Productions recently came up with an ingenious “hack” that allowed him to capture “dynamic and innovative shots” that look like they were shot with an FPV drone… except that they weren’t. They were captured using a GoPro HERO 6, a 9-foot selfie stick, and a OneWheel.

Lucan sent us his most recent creation this morning, explaining that he came up with this technique in order to capture something he couldn’t shoot using his 3-inch CineWhoop drone.

“I’ve successfully flown through windows of cars before,” he tells PetaPixel. “However, I wanted to take this concept to the next level and FPV drones have limitations when it comes to achieving the type of shot I was looking for (i.e. being able to barrel-roll the camera while flying through tight/narrow spaces).” 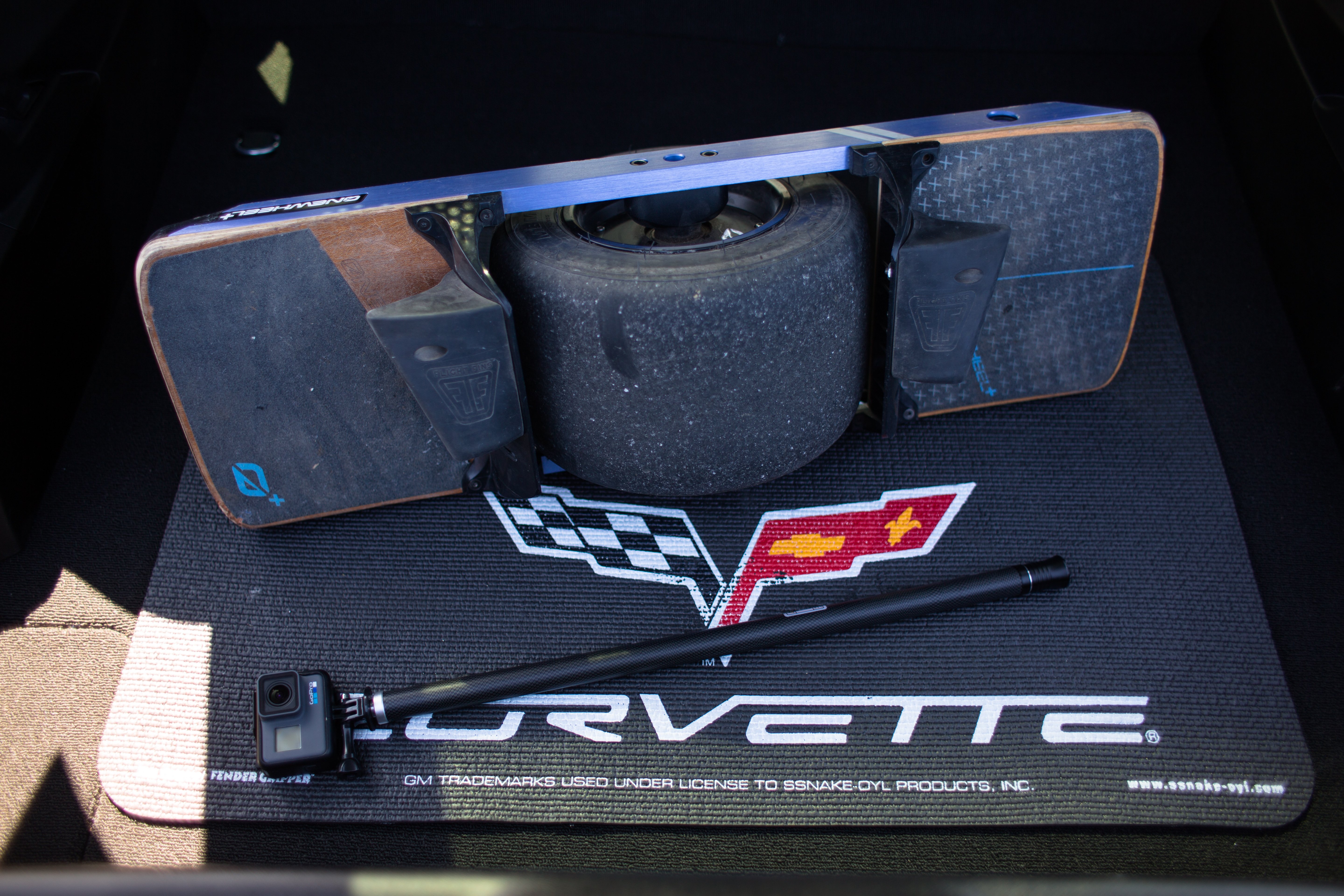 So instead of trying this risky (if not impossible) maneuver for his recent sunset shoot with a Chevy Corvette Grand Sport, he strapped his GoPro to the end of a 9-foot extendable selfie stick, and manually rolled it while he rode his OneWheel. The resulting footage came out better than Lucan anticipated.

“The first tests blew my mind as it worked incredibly well,” he tells us. “The next step was to stabilize the shots in ReelSteady, and the results literally looked identical to the shots you would obtain from an FPV drone.”

Here’s the final footage, which Lucan claims even fooled a few people on the FPV drone forums:

Of course, the point wasn’t to trick people. It was to come up with an affordable way to capture FPV-like footage without the FPV drone.

“For me this frugal DIY technique is able to achieve next level looks and I plan to use this in a variety of upcoming new projects,” Lucan tells PetaPixel. “Side Effects include looking pretty goofy in front of passersby and onlookers… I can only imagine the thoughts running through their heads when they were watching me do this.”

Image credits: Photos by Jonathan Lucan and used with permission.

Photog Breaks Down the 8 ‘Phases’ of Becoming a Photographer