Getty Images has announced that it will be transitioning all of its creative stock photography offerings to a Royalty Free licensing model and ditching Rights Managed licensing entirely—a move that will be more convenient for customers, but worse for photographers.

The news was announced via email, and from a business perspective it makes sense. Getty claims that it’s seen a “steady […] year‑over‑year decline in Creative RM à la carte licenses over the last five years, with declines accelerating over time.” While the company doesn’t share any data to back up this claim, we believe it, as almost all of the newer paid and free stock photography platforms on the market have embraced the one-size-fits-all Royalty Free licensing model.

“Over the years, customers’ needs have changed,” reads the announcement email. “Complicated licensing models create friction and customers demand simplicity—they want the most simple and most flexible access to relevant, authentic imagery.”

But while Getty goes to great lengths to point out how great this move to RF-only will be for “buyers” and “customers,” the announcement all-but-ignores the other major player in this trio: the photographers. 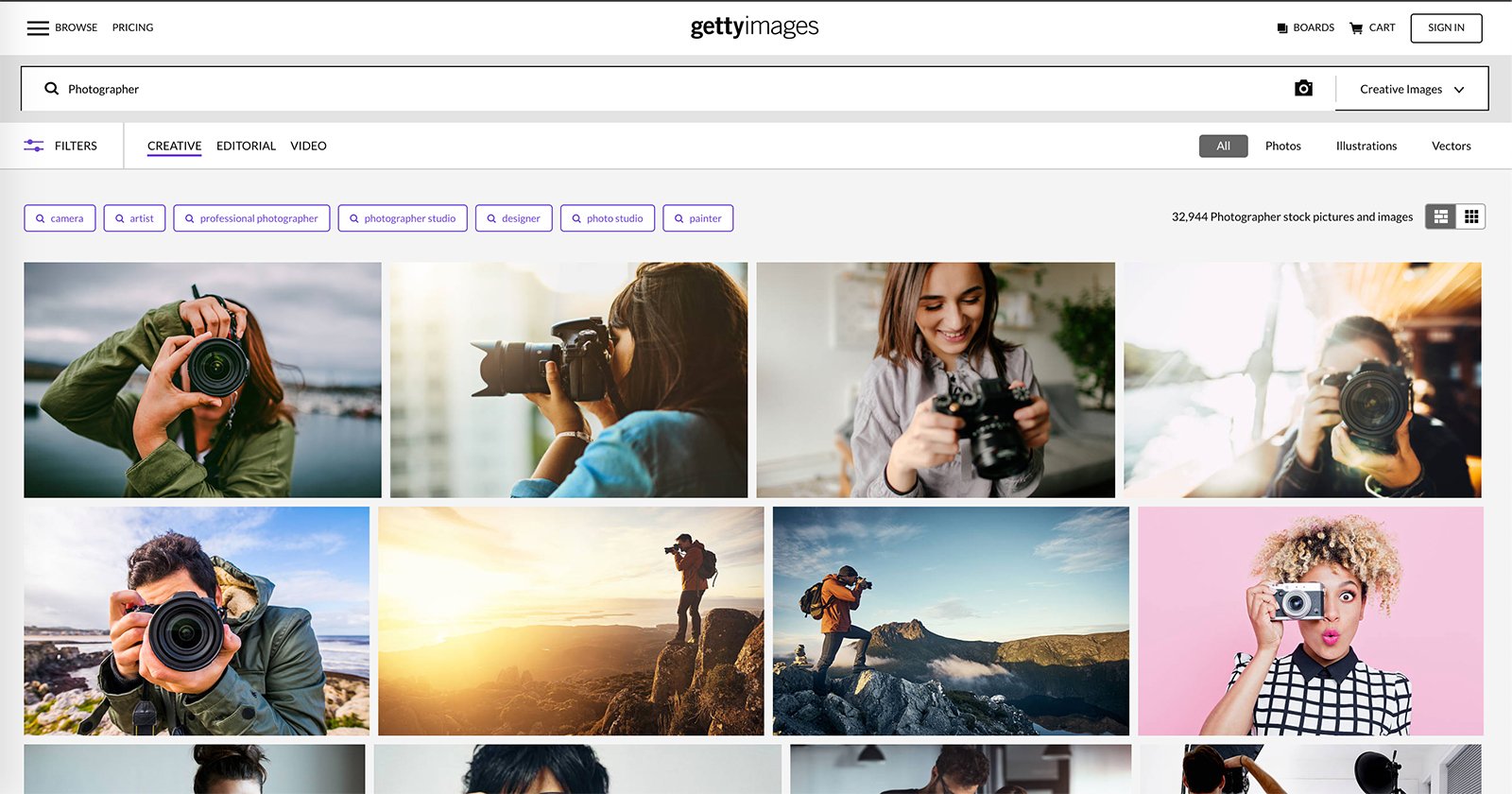 Beyond telling photographers when their Rights Managed images will disappear from single-use image search (by the end of January 2020) and explaining how they’ll be allowed to use or re-submit those images once they’ve been removed, Getty only mentions the interests of photographers once in the entire email.

“This will benefit customers,” writes Getty… again, “and provide an opportunity to grow overall licensing volume and revenue for both Getty Images and our contributors.”

While the volume of licenses purchased may indeed increase, the fact remains that contributors will lose control over how their licensed images are used. If you want to sell a stock photograph through Getty—the largest player in the game—you will no longer be able to dictate pricing based on use-case, and the option for exclusivity disappears from the page entirely. The only options available will be sizing: 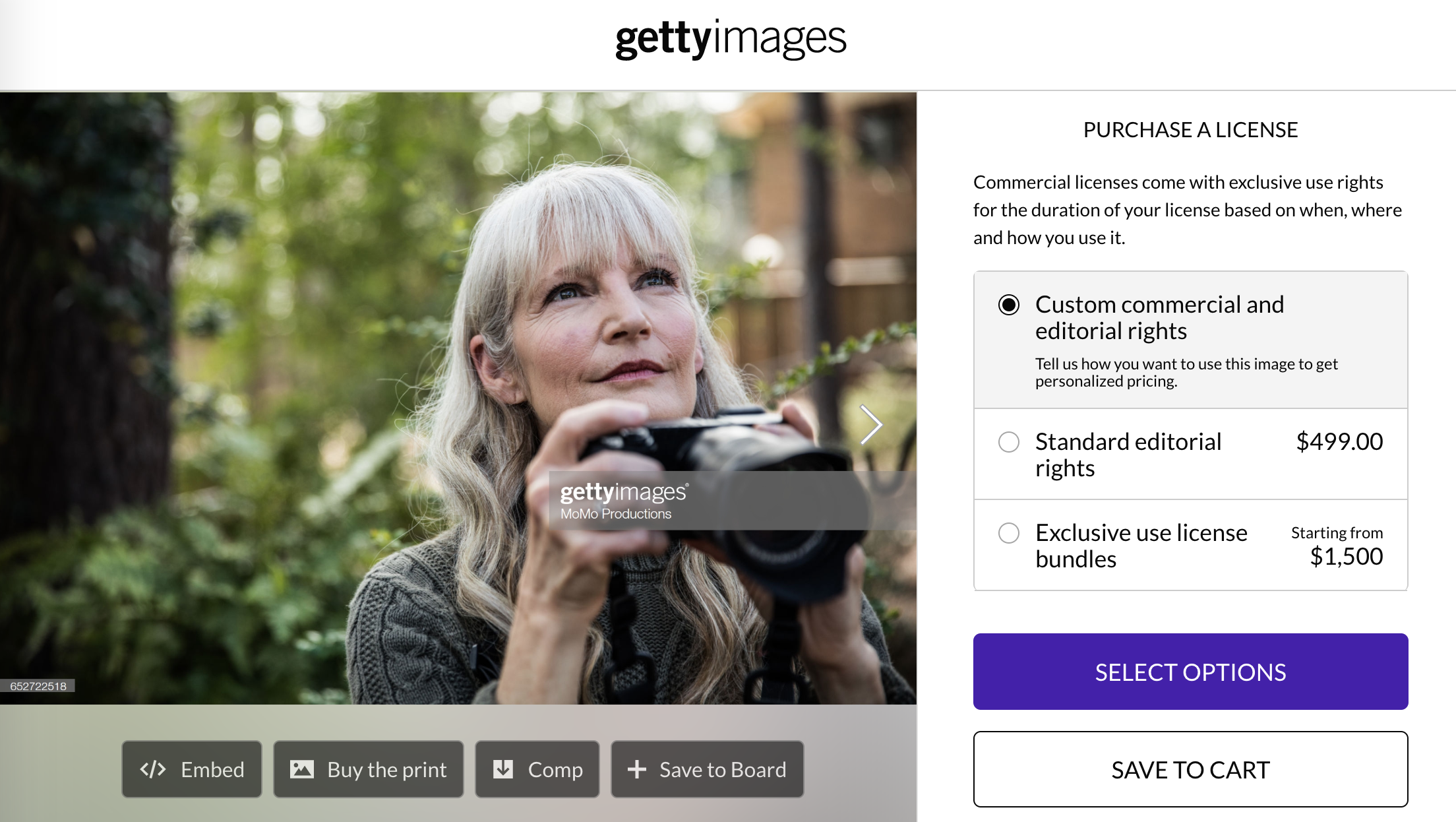 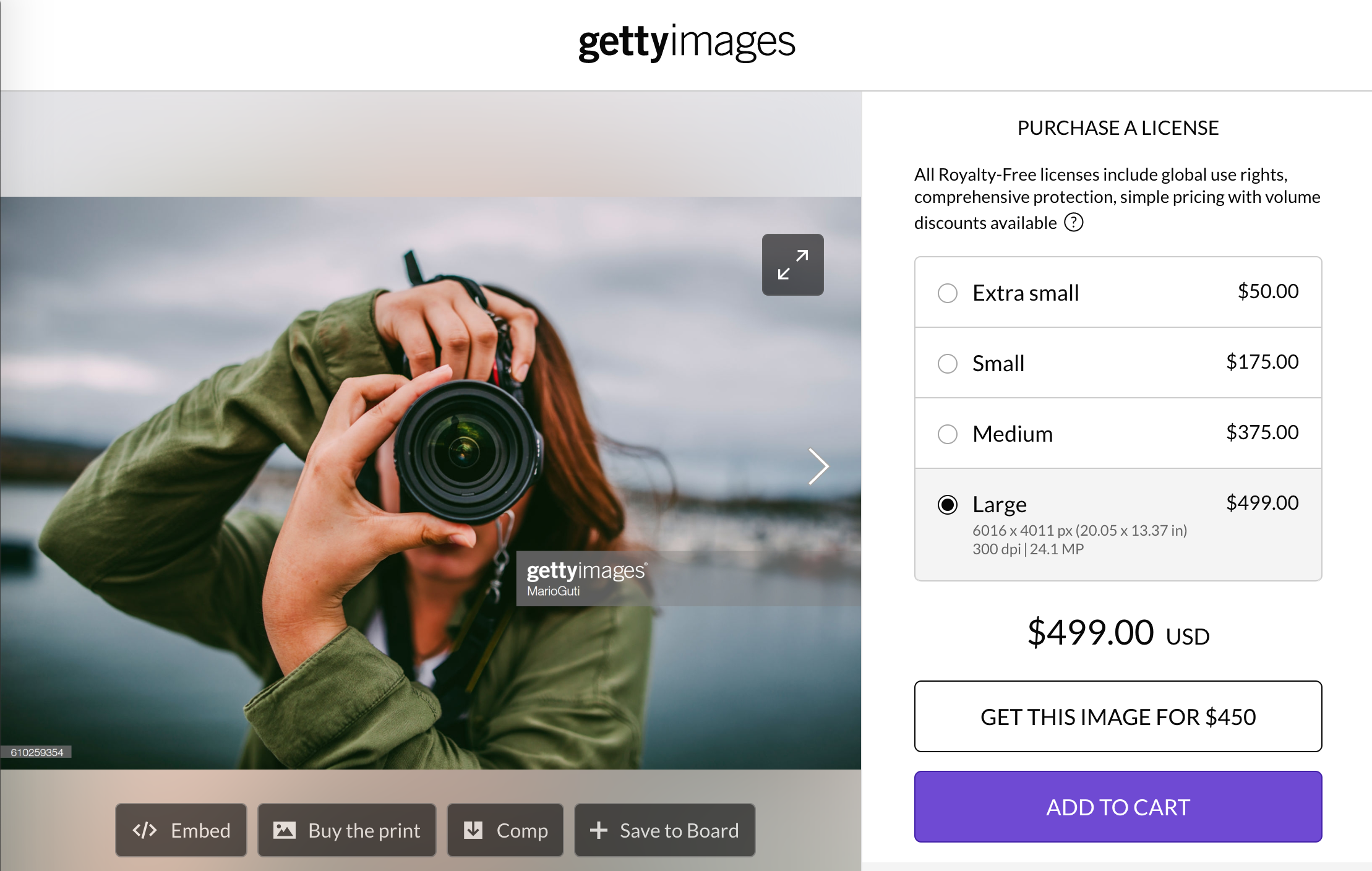 Unfortunately, this move was more-or-less inevitable and probably won’t change much for the photographers who are already selling their stock photography through Getty Images and iStock. Royalty Free is already the default Filter used when searching for imagery on Getty, and as the announcement points out, it’s also “the preferred and dominant licensing model for our customers ­due to the simplicity, value and quality available.”

It’s just one more way that photographers are being asked to trade control for exposure to the largest possible audience of potential buyers.

To learn more about this transition, you can read the full announcement email here. According to this, the RM model should be completely “retired” by November 2020, and RM images will be removed from single image licensing by the end of January 2020. This change applies to Creative image licensing only, and will not impact Rights Managed editorial stills licensing offered by Getty.

Instagram Will Soon Let ‘Creators’ Sell Products Through the App