JK Imaging—the company that has been releasing all sorts of Kodak-branded goods for several years now—debuted a new camera at the PhotoPlus Expo in NYC. Meet the Kodak PIXPRO WPZ2: a rugged, waterproof point-and-shoot that costs just $150.

“It has always been our goal to answer the need for the highest quality cameras at an affordable price with the KODAK PIXPRO line,” says vice president of JK Imaging Paul Meyhoefer in the company’s press release. “The new WPZ2 rugged camera embodies this philosophy and gives yet another camera option to our loyal customers that allows them to capture their memories beyond land and now underwater.”

And, true to his word, the camera is waterproof. According to Kodak, it can be submerged up to 15m (~49ft) underwater (no official IP rating though…), comes with a dust rating of IP6X, and is shock proof from 2m (~6.6ft). It also sports a 4x optical zoom lens, and it will be selling at Walmart for $150 starting today.

Here’s a closer look at the Kodak PIXPRO WPZ2. 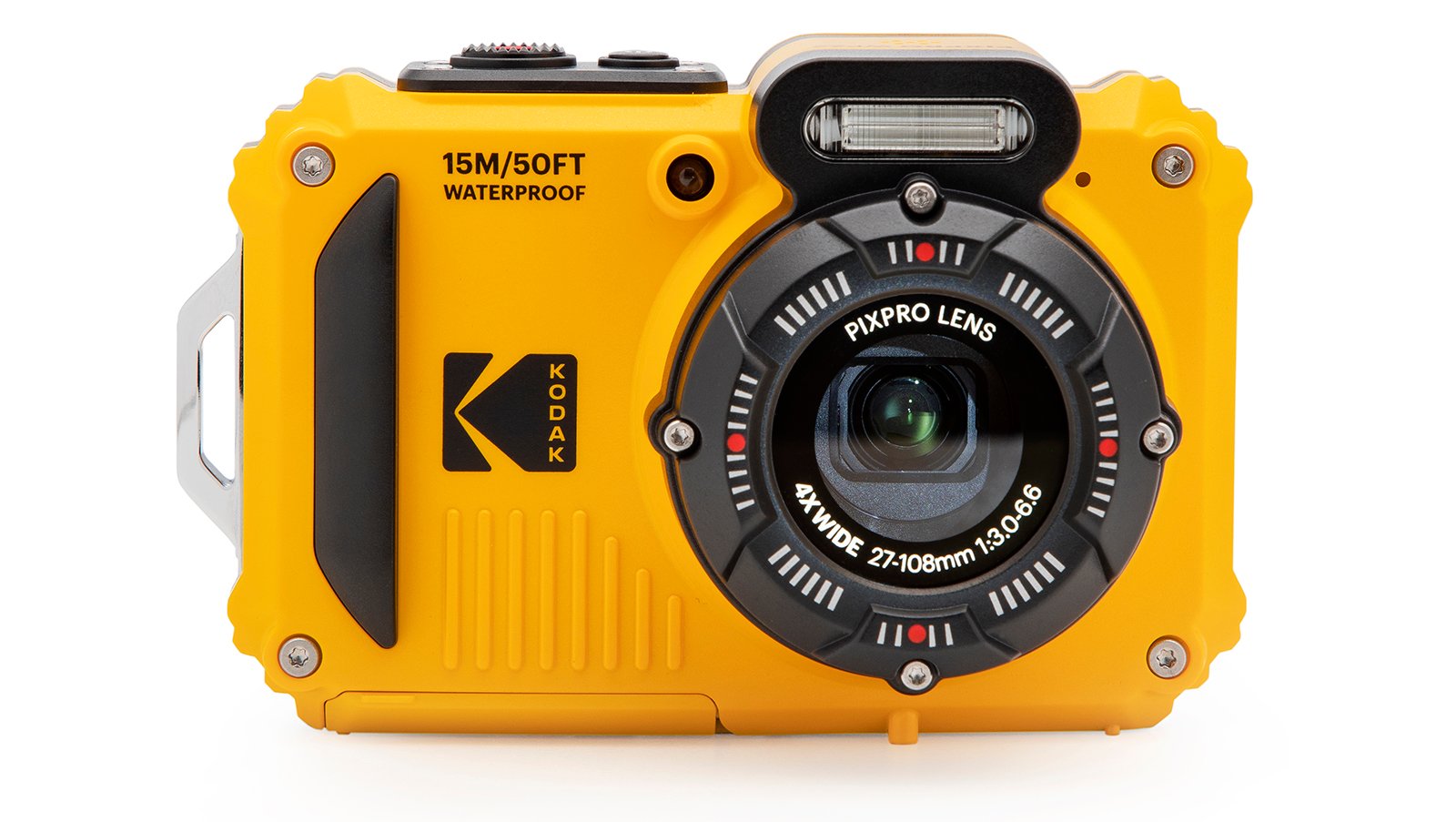 Given the fact JK Imaging fails to mention any technical specs whatsoever in their press release—choosing instead to focus on the camera’s rugged nature, affordable price tag, and Walmart—you might assume that this camera won’t be winning any awards in the image quality department, and you probably wouldn’t be proven wrong.

The camera shoots JPEG only, and its movie mode maxes out at 1080/30p, with the option to shoot slow motion at 120fps… if you’re willing to drop the resolution all the way to 640×360. For storage, you get a single (*gasp*) microSD/microSDHC card slot with support for us to 32GB cards, and you can charge the removable Lithium Ion battery using the included USB 2.0 cable and AC Adapter.

While it would be easy to criticize this camera as yet another piece of cheap Kodak-branded kit that can’t compare to the quality of more expensive waterproof point-and-shoots from Olympus or Nikon, that kind of misses the point. The point is that this camera will probably sell like hot cakes to the general public this holiday season… even if photographers who “know better” would recommend a different model.

And thanks to its price-point and immediately recognizable Kodak branding, we wouldn’t be surprised if it stole some sales from other, better cameras.