Every camera made today is great. This is a statement I have stood behind for several years now because it’s true. It’s hard to go wrong with any camera made today because the technology gap has narrowed considerably. But even so, each year there are cameras that stand out from the rest and deserve praise.

This year, I’d like to recognize these cameras for their excellence despite heavy competition in a crowded market. These are the best cameras of 2019. 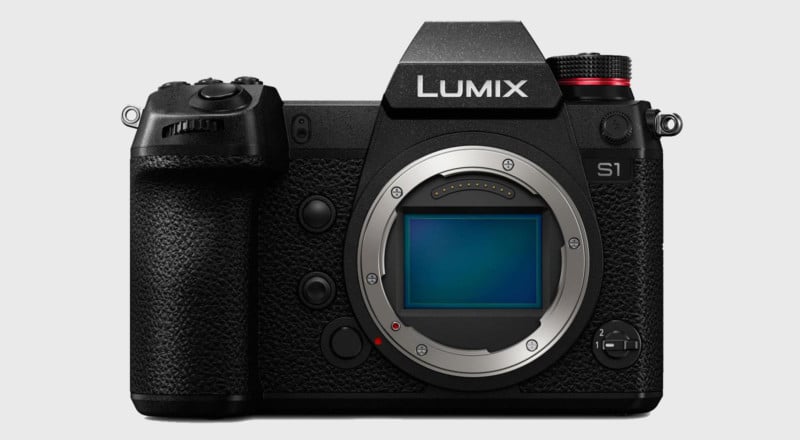 Even mentioning Panasonic in conversation with camera enthusiasts feels like a taboo for some reason, but I stand firmly in the belief that what they have done with not only the L-Mount Alliance but specifically with their first full-frame cameras deserves praise. The Panasonic S1, S1R, and S1H are all spectacular cameras even when you ignore that these were their first forays into full-frame mirrorless.

Of those three, however, I feel the S1 balances the needs of the most professionals into one excellent hybrid camera. Nearly everything about the S1 feels great to use, from the excellent ergonomics, the well-designed rear touch LCD, the industry-leading IBIS, the easy to understand and navigable menu, the ISO performance, and the photo and video quality all deserve praise. This is a workhorse of a camera that can handle nearly any task thrown at it.

I say nearly because the reason the Lumix S1 only claims the bronze medal is due to its less-than-perfect autofocus system. As good as Depth by Defocus is, I am still not convinced that contrast-based autofocus alone is going to be enough to compete with a hybrid autofocus of phase detection and contrast detection.

That said, the Lumix S1 has already seen dramatic autofocus performance improvements since launch thanks to Panasonic’s dedication to firmware updates. Is it good enough to compete with Sony? Not yet. It is, however, definitely good enough to perform in most professional photography situations.

It thrives in a studio setting and has held its own for events and editorial work as well. Seeing the jumps in performance from update to update is enough to keep me interested and watching closely to what Panasonic does with the Lumix S line going forward. What’s clear is that things are only going to get better, and I’m happy to be along for the ride. 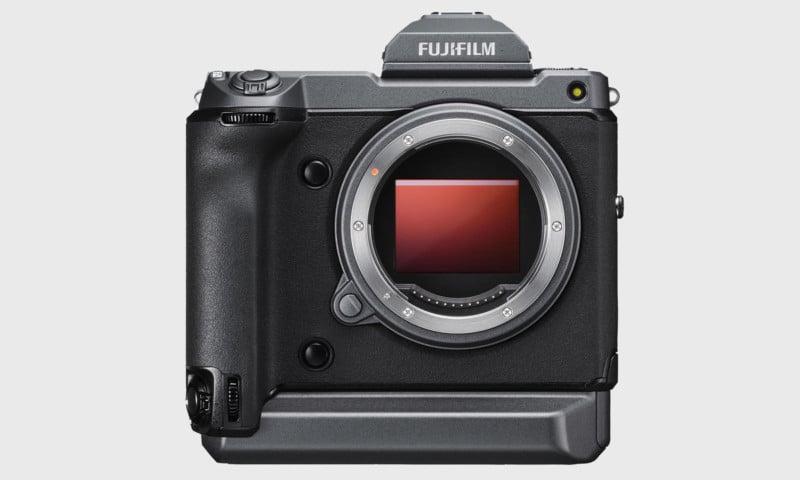 There is something to be said about giving medium format and high resolution to the masses, and Fujifilm has done their utmost to realize this ambition. Though still expensive, Fujifilm’s GFX 100 is an insane 102 megapixel 43.8×32.9mm BSI CMOS sensor packed into a $10,000 body, something that was completely unthinkable just a few short years ago.

And the photos you can get with the GFX 100 are truly breathtaking. Though technically a crop on a true medium format sensor’s physical size, the GFX 100 has all the benefits one would expect from a sensor of such magnitude. The dynamic range is outstanding, the detail that this camera can capture is top tier, and the ISO performance is surprisingly good even with 100 megapixels to work with.

There are some downsides, however. It’s not the fastest focusing camera, it’s not the fastest operating camera, and it certainly isn’t the most well-built camera. In fact, my biggest gripes with the GFX 100 come down to the quality of the body construction, which feels somewhat shoddy and fragile. I would say it feels cheap, but that’s not entirely fair because, well, it is cheap!

You get what you pay for in some regards, but if you’re willing to look past these admittedly minor complaints about the camera body, you’ll be rewarded with a truly outstanding image capture machine.

Without a doubt, I think it is fair to award the GFX 100 because of what it was able to do, instead of punishing it for any corners it may have cut. The fact of the matter is, this is a really good camera that comes in at an insanely good price point. It’s not perfect, but it’s worthy of significant praise. 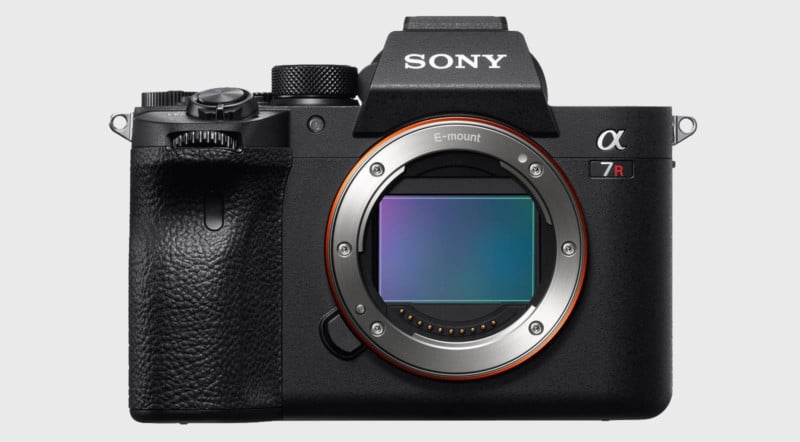 As much as I talk about how much I enjoy the new Lumix cameras, how good of a job Fujifilm is doing with their medium format, or even how much I enjoy Canon or Nikon cameras when I use them, honestly the fight for top dog in this industry still isn’t close.

It’s Sony. It’s been Sony for all of my recent memory, and it will continue to be Sony until someone proves otherwise. Thus far, no other company has yet.

When it comes to feedback to the shooter, pure photo quality, the size of a lens library, and the reliability of autofocus, no company is even close to what Sony was able to do in the Sony a7R IV. The only other camera I could argue may come close is another Sony product: the a9 II. The a7R IV is by no means a perfect camera, but it is far and away the most complete product on the market today that will appeal to a range of professionals.

I like the a7R IV because as a landscape photographer and timelapser, I’m given a huge amount of range with the files. I can print at nearly any size with my landscapes, and with timelapse I am pretty much future-proofed for years thanks to beyond 8K resolution.

On the flip side, my friend Ryan Mense is an avid nature photographer, namely shooting birds. He loves the a7R IV because of the throw it can give him either in post or with the APS-C mode in-camera. Combining 400mm lenses with the insane resolution means he can get closer to birds and animals than he ever could before.

It’s very rare to find a camera that can appeal to both landscape and wildlife disciplines, but Sony managed to do it by combining huge resolution with wildly fast and accurate autofocus performance.

Eye tracking, even with animals, along with object tracking makes capturing tack sharp photos ridiculously easy. For the photographer, being able to think only about your environment and your framing and letting the camera do the focus work is a gigantic burden lifted, and for many will allow them to get markedly better images.

I’ve said in the past that the a7R IV isn’t for everyone, and I stand by that. There are still those who will find this amount of resolution overwhelming for various reasons, but that fact doesn’t detract from the accomplishment that the a7R IV is. It may be a boring pick, and it may be a predictable pick, but it’s the right pick. The Sony a7R IV deserves the moniker of the best camera of the year and gets my gold medal for 2019.

I get weird looks from folks when I gush about how much I like the Leica SL2, and that comes mainly from the crowd who just doesn’t like the idea of how Leica does business. Namely, the idea that charging a fortune for fashion statement re-skins just rubs them the wrong way. Hey, I get that. I totally understand.

But the Leica SL2 isn’t a fashion statement re-skin, it’s a standalone camera that does so, so much right. It’s a great photo camera, probably my favorite of the year in terms of image quality in the full-frame market. It is a great video camera, with some excellent features not found in the majority of hybrid cameras on the market today.

It has excellent IBIS, ISO performance and ergonomics. It just feels good to shoot. On top of all that, it’s just a beautiful camera to behold. I feel like this is a factor that gets ignored in today’s market, which is a shame. You should be proud of your equipment, and holding the SL2 gives me a sense of pride.

Aside from what feels like dated autofocus, it’s otherwise impeccable. That autofocus is a problem though, and I can’t ignore it. Though manageable, it’s clearly a few steps behind what Sony and Canon have been doing and somehow even behind Panasonic.

Additionally, the price point scares many away, and the “luxury” nature of the brand will keep a majority of people from taking this camera seriously. That’s too bad, honestly. I think everyone should consider the SL2 in the full-frame mirrorless game, and though it’s not quite up there with my top three cameras of 2019, it’s strongly in the top five.

Though not dramatically better than its predecessor, the a9 II does still make improvements on one of the best sports cameras ever produced which should merit some recognition if you ask me. And honestly, just like with the a7R IV, Sony is so gosh-darned far ahead that even making small, maybe even unnoticeable to most, tweaks to existing gear is really all they had to do.

No one else offers the high frame rates with zero blackout that the a9 or a9 II has – that’s a wholly unique Sony experience. And while I wish they updated a few things like the EVF on the a9 II, I think that overall this camera is very, very good. Is Sony reaching the edge of what is possible? Maybe, but they’re a lot closer than anyone else at this point.

It’ll be interesting to see how Canon and Nikon stack up with their impending DSLRs for next year’s Olympics. Is Sony offering enough to get more Olympic shooters to jump ship? We’ll see.