Dutch wildlife photographer Dick van Duijn recently spent a day waiting in a hide in a forest in The Netherlands from sunrise to sunset. His patience paid off, and he managed to capture a viral photo of a squirrel leaping through the air over water with a walnut in its mouth.

Van Duijn has been attracting quite a bit of attention as of late with his squirrel photography — it was just two months ago that his photos of a squirrel stopping to smell a flower went viral around the world.

“I’ve been there so many times, but now everything was perfect,” the photographer tells PetaPixel. “The autumn colors, the light, and the squirrel who showed up in this beautiful setting.” 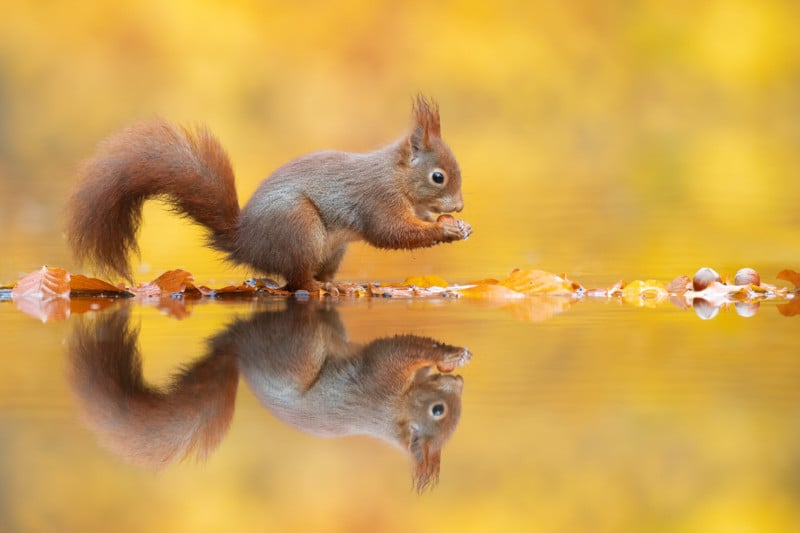 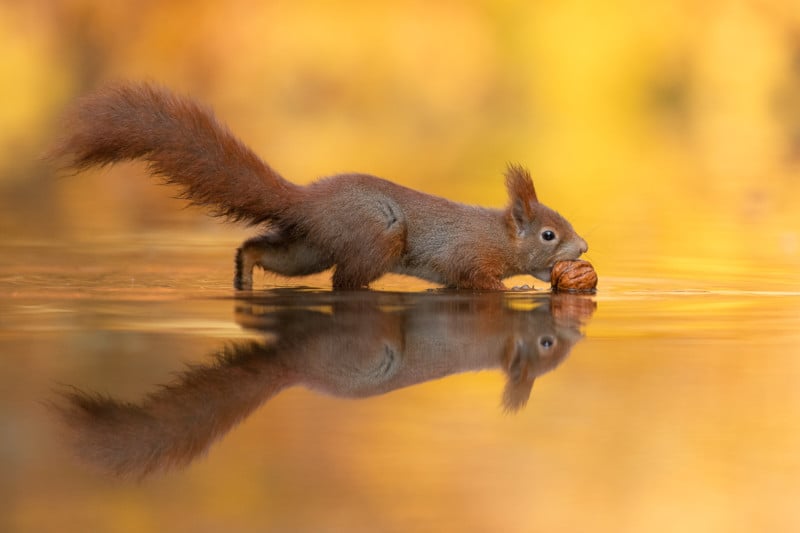 After sharing the photos on his Instagram, Van Duijn is once again seeing his work make the rounds on TV (it was shared by the biggest TV station in The Netherlands) and in newspapers.

How Yelp Scams Photographers (and Other Business Owners)

Baron Wolman, One of Rock and Roll’s Most Iconic Photographers, Dies at 83

The Sigma fp Will Get Cinemagraphs, 120fps RAW Video, and More in Major Firmware Update