PolarPro—maker of high-quality filters for full-sized cameras and drones—has just launched the LiteChaser Pro: a filter system for all three iPhone 11 models that includes a case, four filters, and a grip that doubles as a tripod and accessory mount.

The PolarPro LiteChaser Pro wants to be all things to all smartphone shooters, without reaching the size of products like the BeastGrip. Instead, you get a standard phone case with an aluminum filter mount over the dual or triple cameras, a removable grip that you can attach when you need more stability, and four different filters: an ND8, an ND64, a 3-5 stop Variable ND, and a Circular Polarizer.

As a bonus, the grip also includes a 1/4-20″ thread on both ends, allowing you to use it as a tripod mount, while simultaneously attaching a small mic or other accessory to the top.

The only limitation of the system is on the Variable ND, which is not officially compatible with the Ultra Wide lens.

Here’s a quick intro to the LiteChaser Pro:

And a closer look at the whole setup: 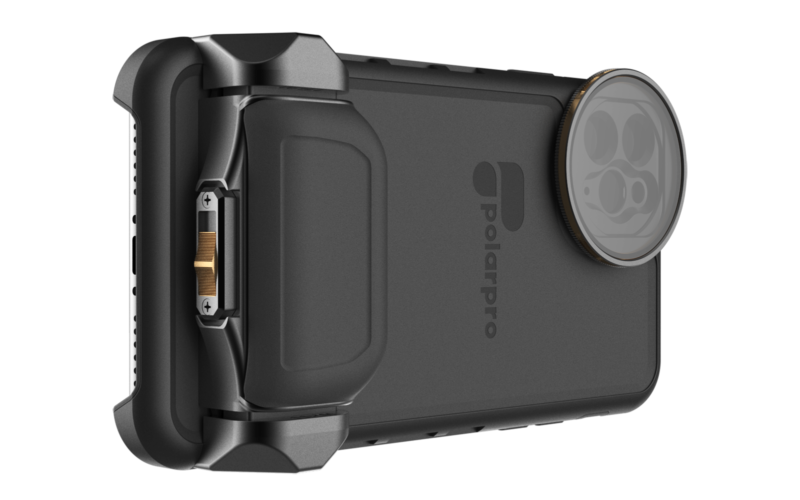 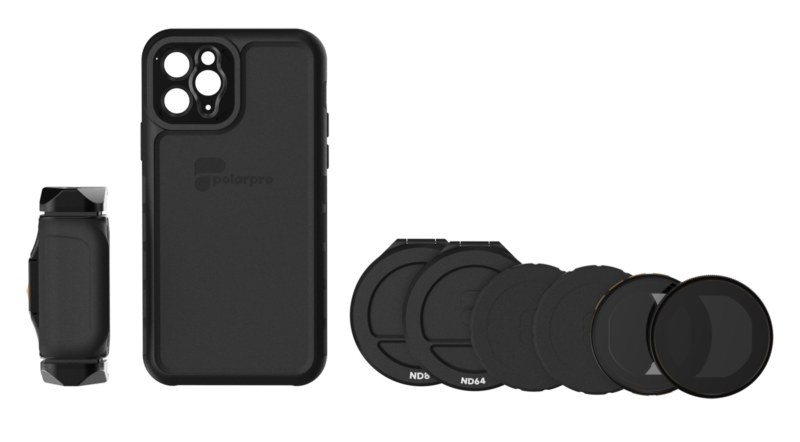 “Since the launch of Apple’s iPhone 11 in September 2019, the goal was to develop a complete creative system worthy of replacing your DSLR/Mirrorless camera and help transform your iPhone 11 into the ‘A’ camera,” says PolarPro Founder and CEO Jeff Overall. “In the end, the [LiteChaser Pro] is a complete creative system built specifically for mobile filmmakers and photographers to deliver shots never before possible on iPhone.”

We don’t know about the phone becoming a “system worthy of replacing your DSLR/Mirrorless camera” unless all you do is vlog—and even then…—but it does seem like a complete system for anybody who wants to get serious about smartphone photography and filmmaking.

The LiteChaser Pro is available at special “Pre-Order” pricing for the next 30 days. You can pick up the Photographer Kit (case, grip, circular polarizer) for $100, or the Filmmaker Kit (case, grip, variable ND) for $120. After the intro pricing, retail will be $120 and $150, respectively. You can also “build your own” kit and get up to $57 off during this pre-order period.

My Portrait Session with Fidel Castro