Over four years ago in 2015, when we were all still optimistic about the Canon 5D Mark IV, Sony released the a7R II. This was a 42.4MP full-frame camera that also offered the ability to shoot 4k video using the full width of the sensor. This camera took many photographers by surprise because almost no one was expecting Sony to release such a camera. Sure, it had lots of flaws and it was somewhat of a beta release; but still, it put Sony on the map.

Soon after, Sony released the a7S II, a camera that offered incredible low light capabilities. It appeared that Sony was on a roll and from that point on, it went from strength to strength. Sony single-handedly changed the industry by making everyone take mirrorless seriously. Companies like Canon and Nikon were wholly unprepared and didn’t have any real response for quite some time. Fast forward to last year, and Sony took the number one spot in several key categories both in Japan and in the US.

Recently, however, Sony seems to be slowing down and now we’re seeing many of the other manufacturers start to catch up when it comes to both camera features and specifications

Sony was the first manufacturer within the photography industry to produce a camera that offered 4k video using the full width of the full-frame sensor. Even now, there are still only a few companies that offer this feature. Unfortunately, Sony hasn’t really improved this feature by much in the last 4 years.

The a6600 is a camera that directly competes with the Fujifilm X-T3. Looking at the price points and features between the two, the Fuji camera is far superior in almost every regard. The X-T3 offers incredible image quality with its much-loved film simulations. When it comes to video features, the Sony cameras are far behind what Fujifilm is offering. The X-T3 now offers 4k at 60p and 10-bit internal recording. Sony, on the other hand, hasn’t offered a single meaningful update since the a6300.

Aside from the poor 8-bit video that Sony is still stubbornly sticking to, another feature it refuses to offer is 4k at 60p. It’s ridiculous how Canon has been offering this feature in its 1D X Mark II for almost 4 years now and Sony is still dragging its feet.

A recent article by Jaron Schneider discusses how Sony may be coming to the edge of what is feasible within its cameras. The issue is that although it may be the edge of what’s feasible for Sony, other manufacturers have continued to develop more interesting and useful features.

Companies like Panasonic have produced the first camera that’s been certified by Netflix and, as mentioned several times in this article already, Canon is due to release an incredible update to its 1D line of cameras.

I get the feeling that Sony is stuck on trying to fit in as many features as it can in the tiniest body possible. Every new update requires Sony to produce a slightly larger body to accommodate more features and now we may be coming to the edge of what’s feasible for the current style and size of body. Every other manufacturer has given themselves the flexibility of a larger body, which hasn’t prevented their ability to add new and interesting features.

The edge of feasibility seems to be a Sony-specific problem and I feel this could be easily remedied simply by producing a body that actually fits in the hand.

Sony has been teasing a supposed update to the a7S II for so long it feels like people have lost interest. Personally, I gave up waiting on this camera and moved over to the Fujifilm X-T3 because it offers most of the features that I currently need. The a7S II is now more than 4 years old and most of the industry has moved on. There are plenty of more effective and viable options available both from Sony and most other manufacturers. 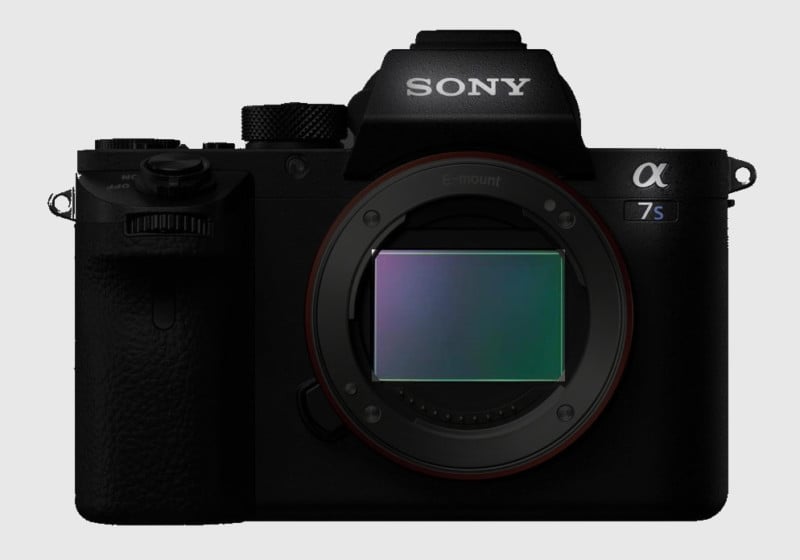 I get the impression that Sony waited too long to release something that would be exciting for the industry and other manufacturers took advantage of the delay. Now we have companies like Panasonic and even Nikon offering cameras with more useful video features like 10-bit recording. Sony could be trying to position itself to offer a camera that does it all and completely shocks the market with incredible features, but that can only happen if it actually releases a camera.

Expectations have been growing and Sony hasn’t exactly played down these expectations either. At this stage, if this camera doesn’t shoot 4k at 120p and have the ability to record raw video (even if only externally), then it’s inevitably going to end up disappointing many. There are also reports of Sony needing a built-in cooling system just so that the camera can offer the features it’s trying to produce.

Maybe Sony is reaching too far to try and impress everyone when instead it should probably just release something that offers the features many photographers and videographers need right now.

In Defense of Sony

There is still one line of camera that Sony has continued developing and updating, and that’s the a7R series. The latest update, the a7R IV, is quite a brilliant camera for those that need high-resolution images especially due to its pixel shift features. Even the single shots this camera produces have a whopping 61mp worth of resolution which is plenty for most people. It’s now the highest resolution full-frame camera on the market, taking the top position from Canon. Add to that the improvements made in autofocus and eye detect, and the camera puts Sony beyond any other mirrorless manufacturer by quite a margin.

Another area where Sony has focused a lot of its energy is lenses. Sony has a wide range of lenses available for its E-mount cameras, and most of these lenses offer incredible image quality. Currently, no other manufacturer offers a full line of native lenses for their mirrorless systems and Sony has worked extremely hard to offer high-quality lenses.

I appreciate that I’ve spent the majority of this article complaining about how Sony is falling behind and in several key areas — this is true. As with most things, these issues tend to be a little more nuanced than to simply say that X manufacturer isn’t great anymore. Maybe the issue is that we’ve been spoiled by the constant updates Sony had been pushing over the last few years, and now that Sony is spending time to develop its infrastructure and iron out issues, we’re not seeing the big numbers and specs improving on paper anymore.

In any case, I feel it’s a great time to be a photographer or videographer due to the number of very capable cameras currently on the market.

About the author: Usman Dawood is the lead photographer of Sonder Creative, an architectural and interior photography company. The opinions expressed in this article are solely those of the author. You can find more of his work on his website, Instagram, and YouTube.

This Instagram Copyright Infringement Notice is a Phishing Scam