As California hunkers down for yet another season of potentially devastating wildfires, photographer Felix Massey sent us this striking never-before-published photograph he captured last year in the aftermath of the Woolsey Fire in Southern California.

Massey captured the almost cinematic “docu-image” two months after the fire, after the initial shock had worn off and long after the news cameras had moved on. It was a surreal scene: two homeowners (the Waycott’s of Malibu, California) sitting peacefully on patio chairs among the burned wreckage of their home.

“I was eighteen when I approached them to take the photograph and learned about their thoughts after they had a bit of time to think about their re-start,” Massey tells PetaPixel. “As we approach fire season again in CA and consider recent hurricanes, floods, and other disasters, this image is meant to capture the intimate and unimaginable moments shortly after time has worn out the shock, tears, and range of raw emotions that we routinely see on the news.”

Massey actually captured two images in this same neighborhood. The second, which he describes as “perhaps not as visually jarring,” captures a similar sense of loss. 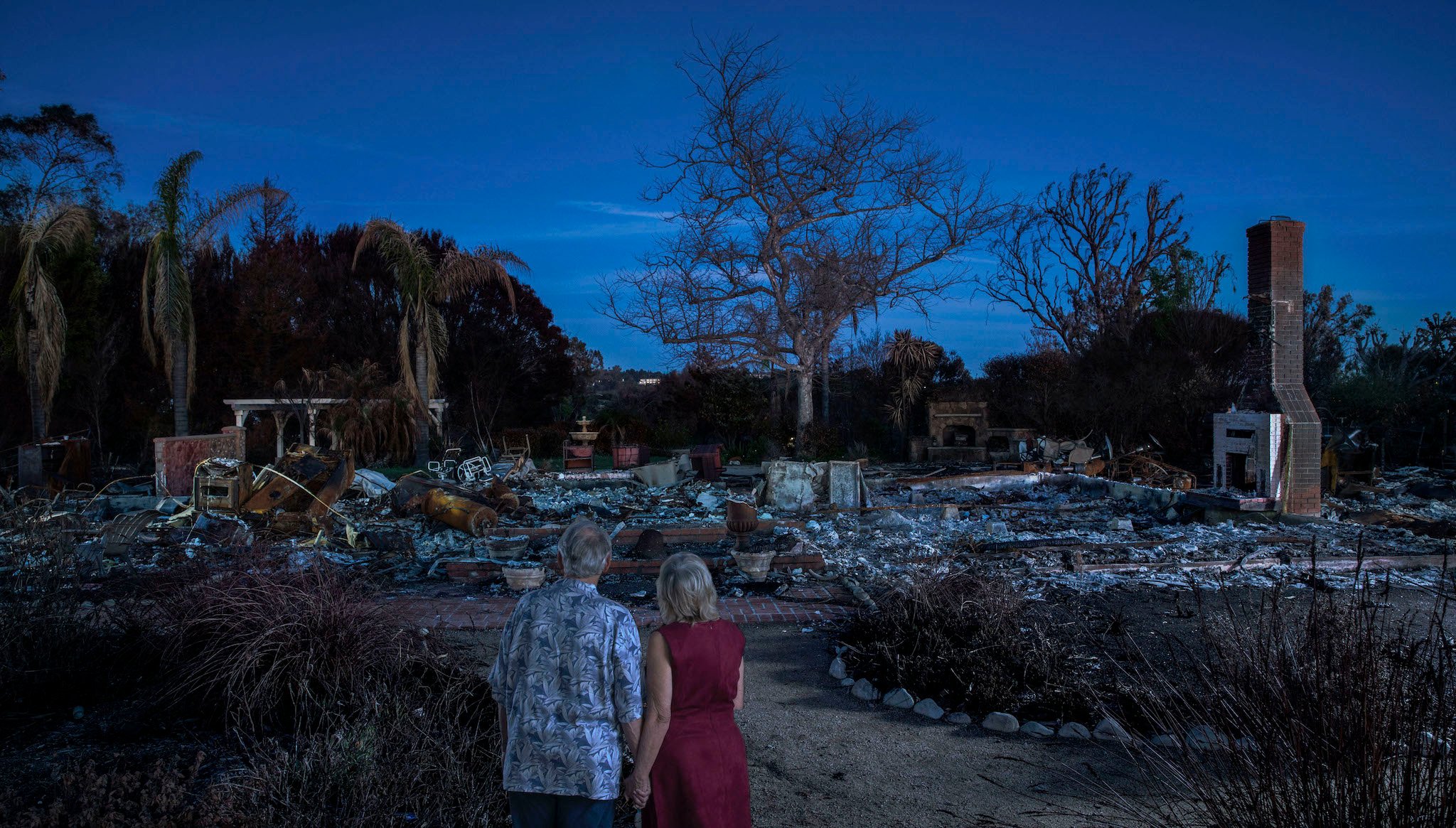 As we write this, the Kincade fire is ravaging Northern California, already consuming 22,000 acres as of last night. And while photography can hardly help “solve” this problem, Massey’s image reminds us that the impact of these now-annual natural disasters doesn’t stop when the cable news network cameras stop rolling.

Image credits: Photographs by Felix Massey and used with permission.