Panasonic recently released a major firmware update that adds Animal Detect autofocus to the Lumix G9. As a bird and wildlife photographer, the new feature had me really excited, but how well does it actually work? I took it out into the field to find out.

I have been shooting with the Lumix G9 for almost two years now, basically since it was released. I’m am a huge fan of Lumix and the G9 in particular. I love the light weight of Micro Four Thirds lenses, as I’ve written about previously. I also love 6K photo mode, which lets you get 30 frames a second of 18 megapixel images—I’ve got a number of images that I just wouldn’t have got without this, as I talk about here and here.

One area where the G9 falls a bit short of some other leading cameras, especially the high end Sony models, is in its autofocus on fast moving objects, especially birds in flight. So I was super excited when Panasonic announced a new firmware upgrade with animal detect autofocus.

I downloaded the firmware upgrade yesterday and did some initial testing last night and this morning. Despite the fact that we have had lousy shooting conditions in Denver—very cloudy, dark and overcast—I have been really impressed with this so far. So I thought I’d share a few of the pictures I’ve taken so far alongside some commentary.

When you shoot with Animal Detect autofocus mode on, the viewfinder shows a rectangle around the animal’s body once it detects it. If it finds multiple animals you can toggle between them by pressing the joystick button, or by panning so that only the one you want is in view, then it will lock onto that one. Once it is locked on to an individual animal, it does a good job of continuing to follow and focus on that one for as long as you keep it in the frame.

The system does an amazing job of focusing on animals even when there is vegetation or other obstructions between you and the camera. Here are a few examples of this with deer from last night’s shoot. 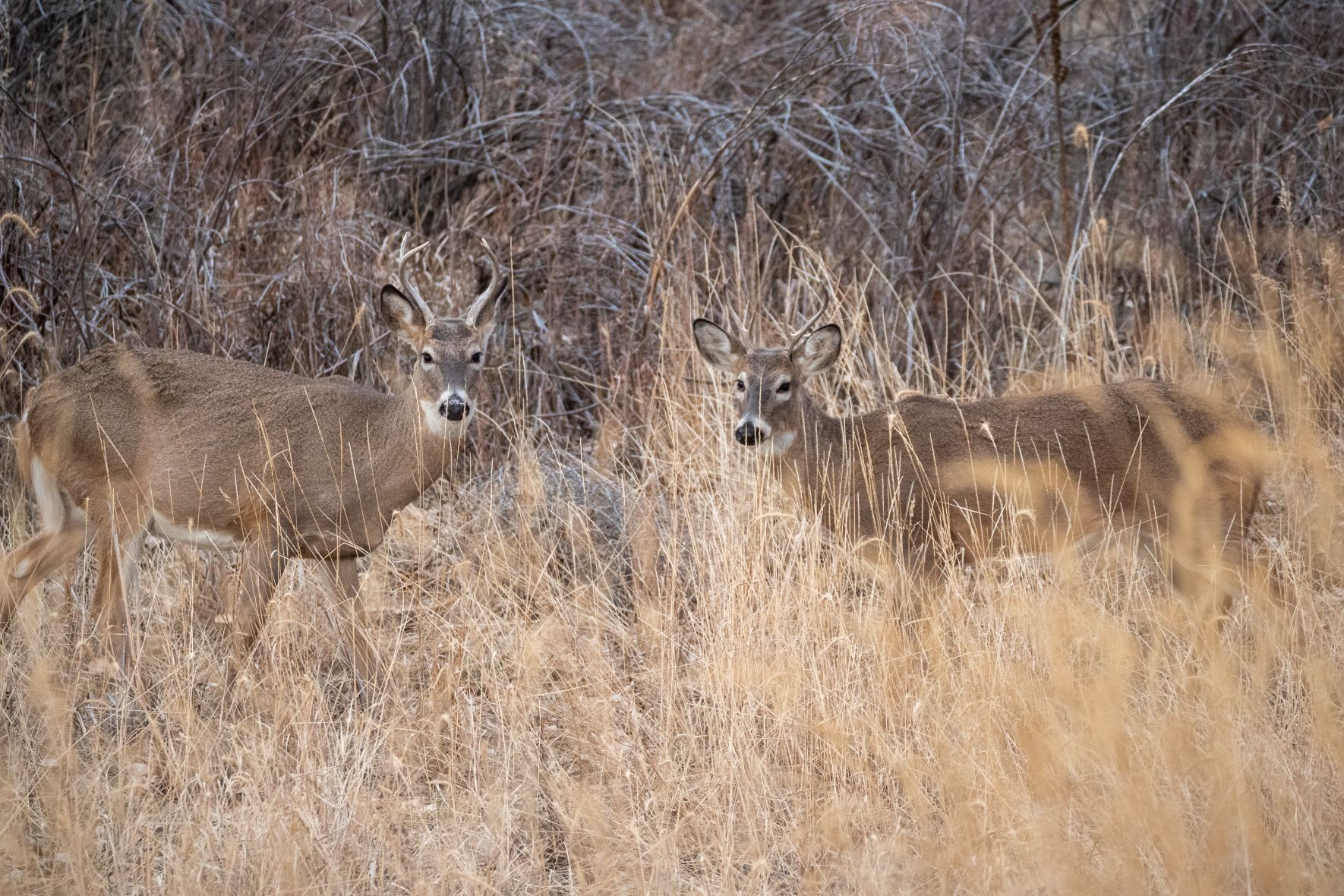 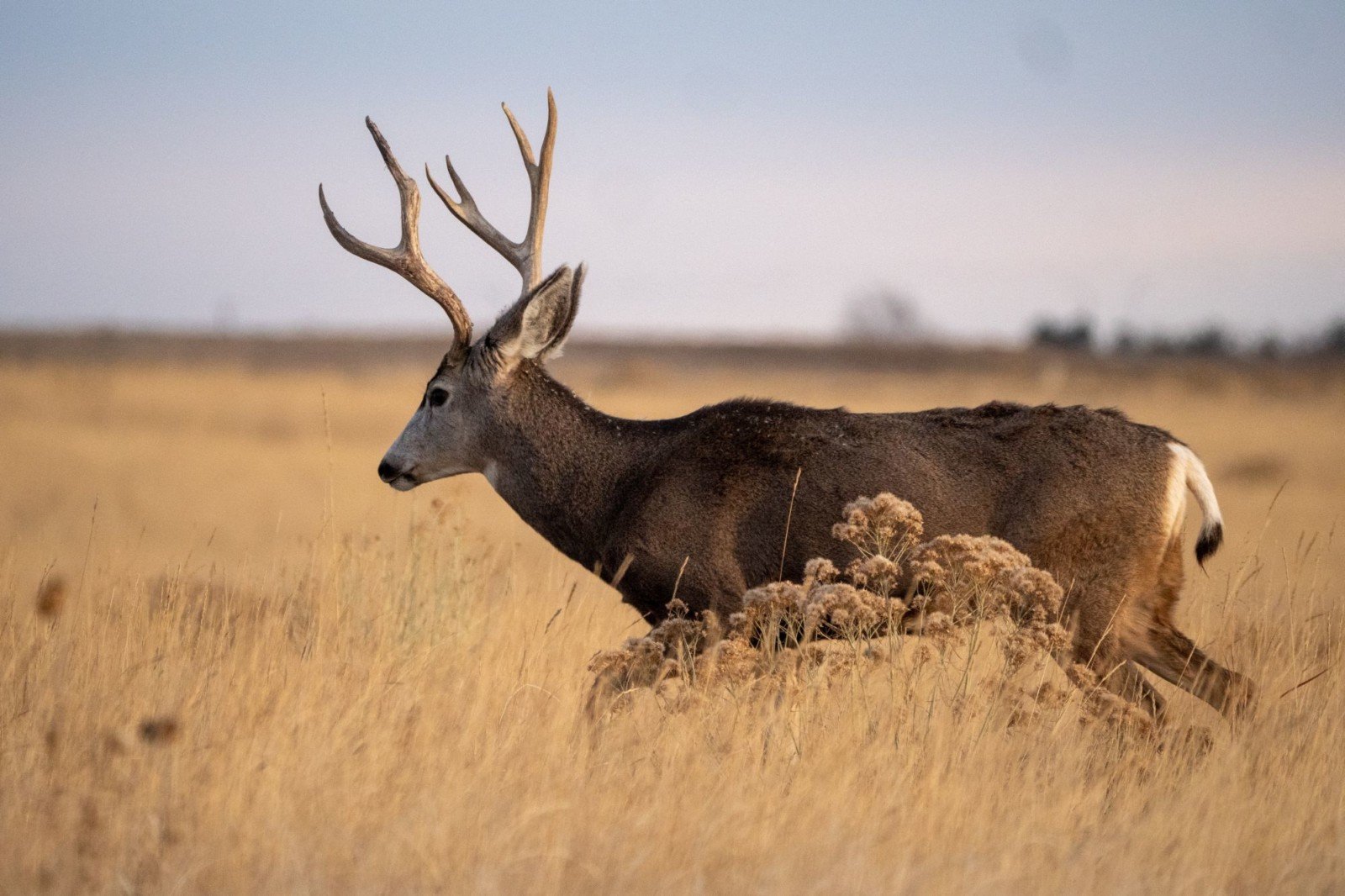 All the images in the post were shot with fairly high ISO because of the bad light. I have intentionally only done minimal processing on all of the images so you can see what they look like more or less straight from the camera—I pretty much just did an “auto” process in Lightroom with some additional tweaking of tone and exposure in a few cases.

The following shot had no obstructions but I thought it was quite striking how sharp the eyes were (and the face in general). I have read somewhere that the autofocus algorithm tries to focus on the eyes where possible, and it certainly has done here. This image is somewhat cropped. 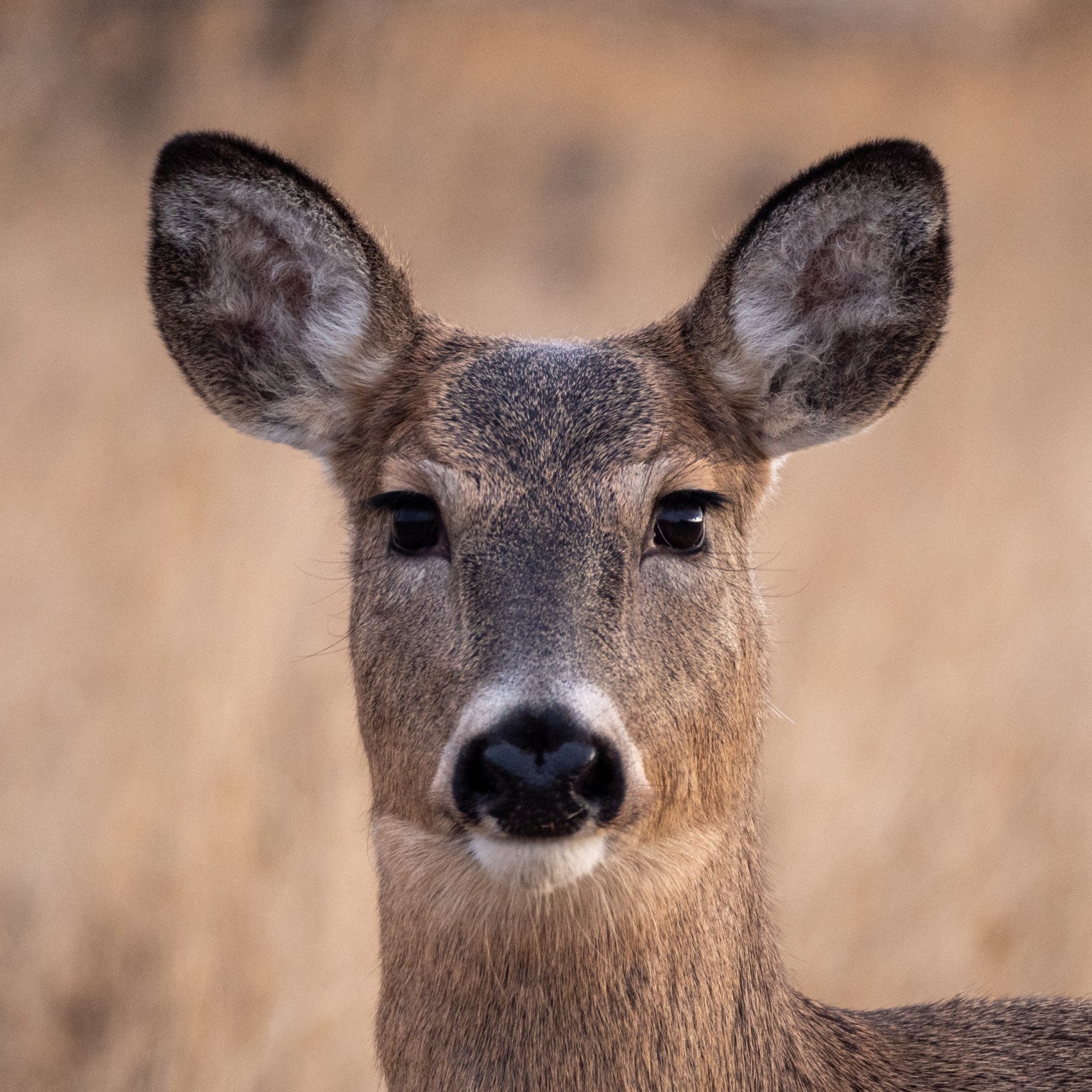 This morning I went to shoot at a different location where there are generally a lot of birds. Again it was poor light, but again the system showed how well it could focus even with quite severe vegetation in front of the subject.

First, this is a black-capped chickadee in the midst of quite a dense tree, but still sharply in focus. And then also a couple of shots of a Great Blue Heron with a number of branches in close proximity. 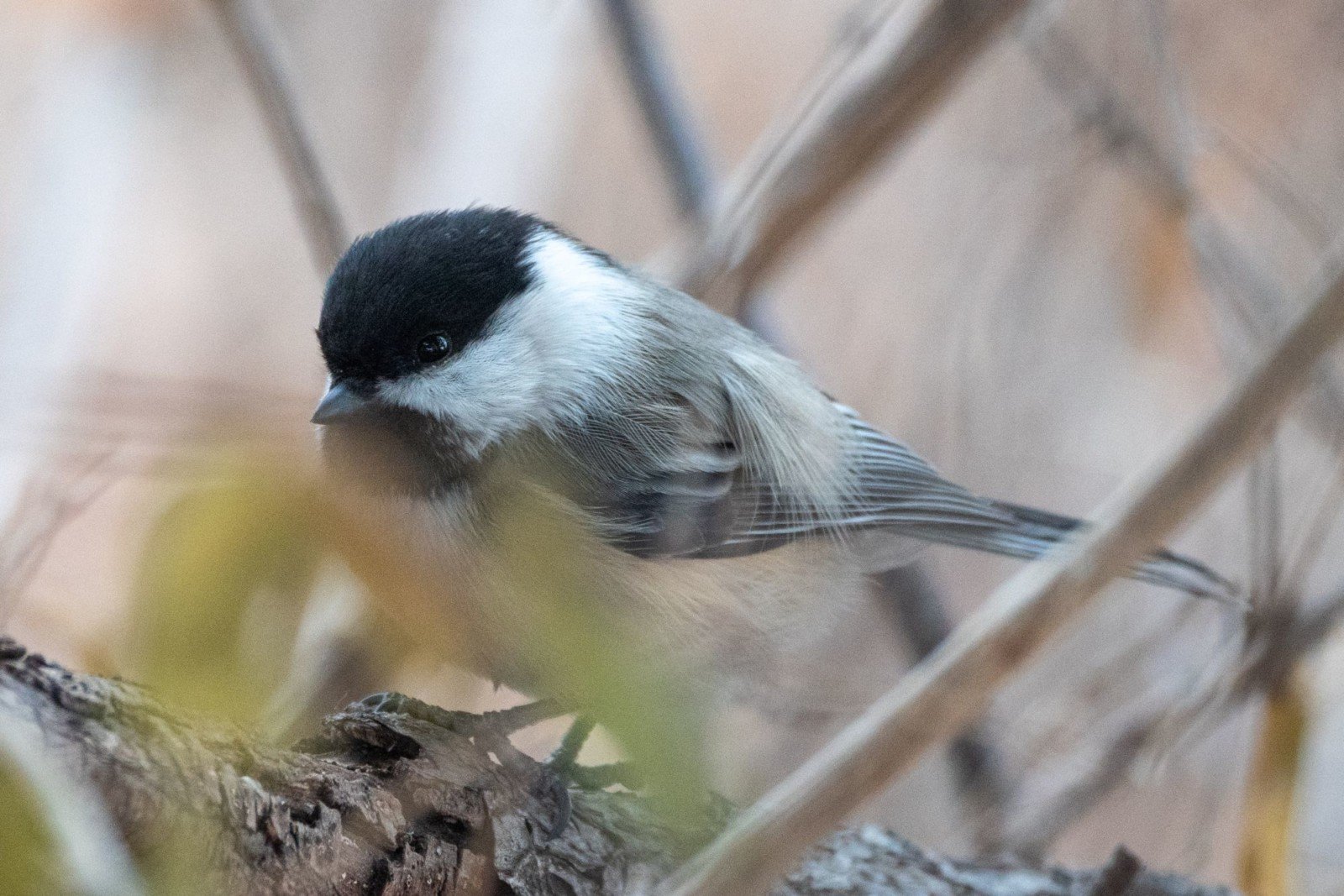 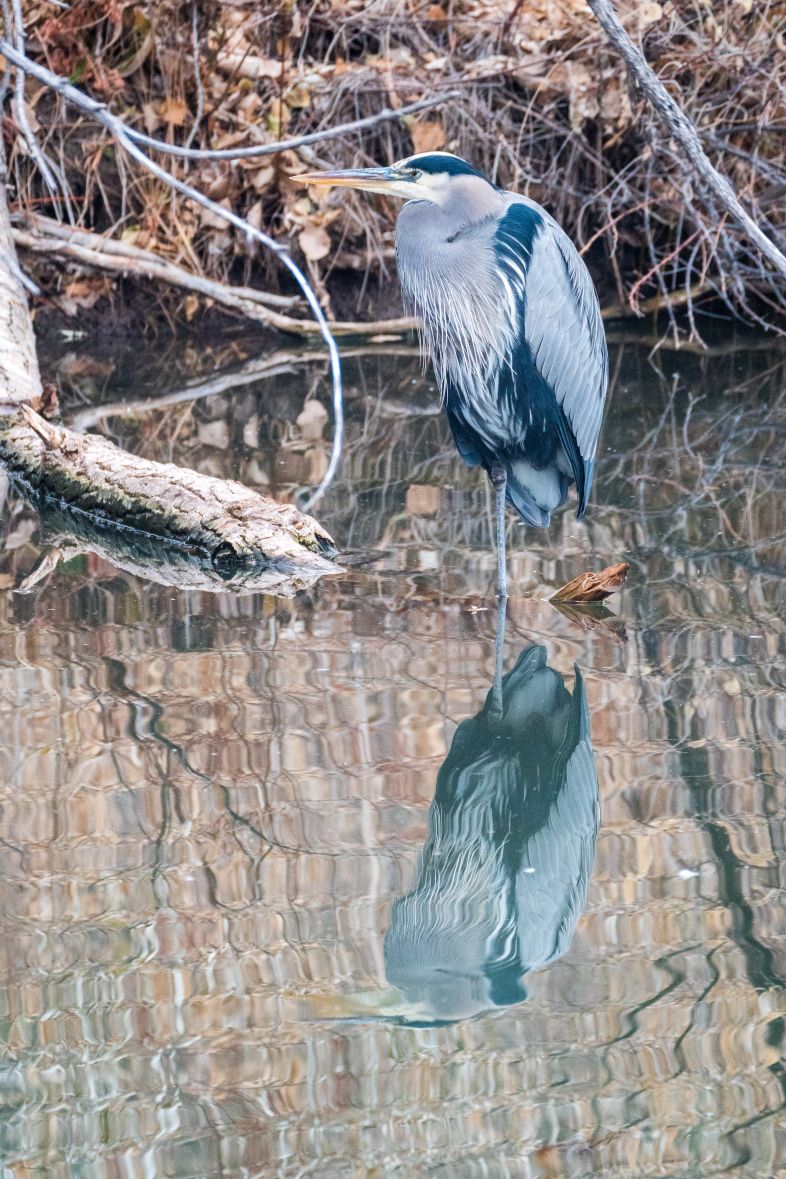 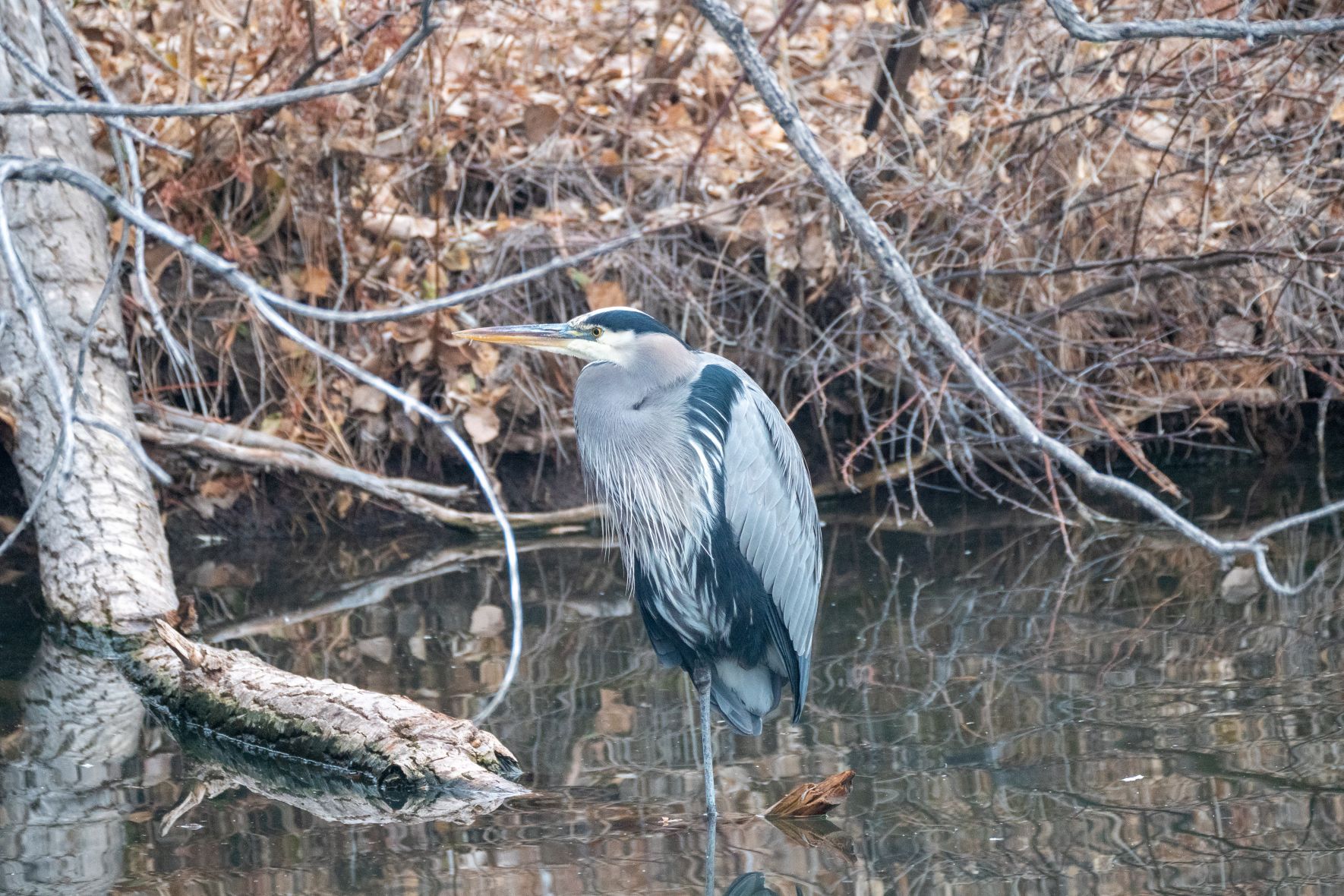 Next, I suddenly noticed a squirrel in a dense tree behind me. I thought it was quite amazing how well the camera focused on the squirrel even when it was significantly obscured by branches in front of it. 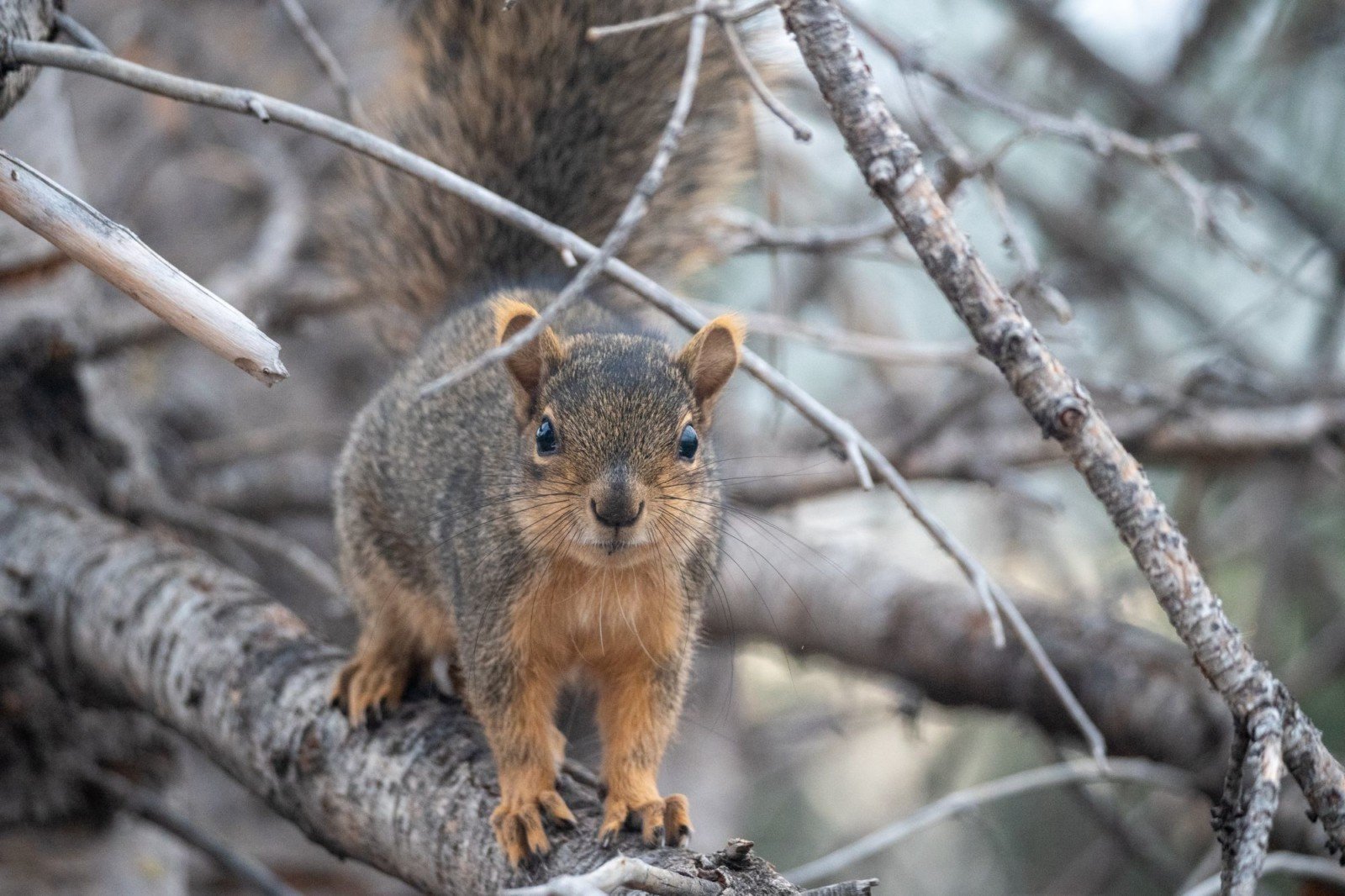 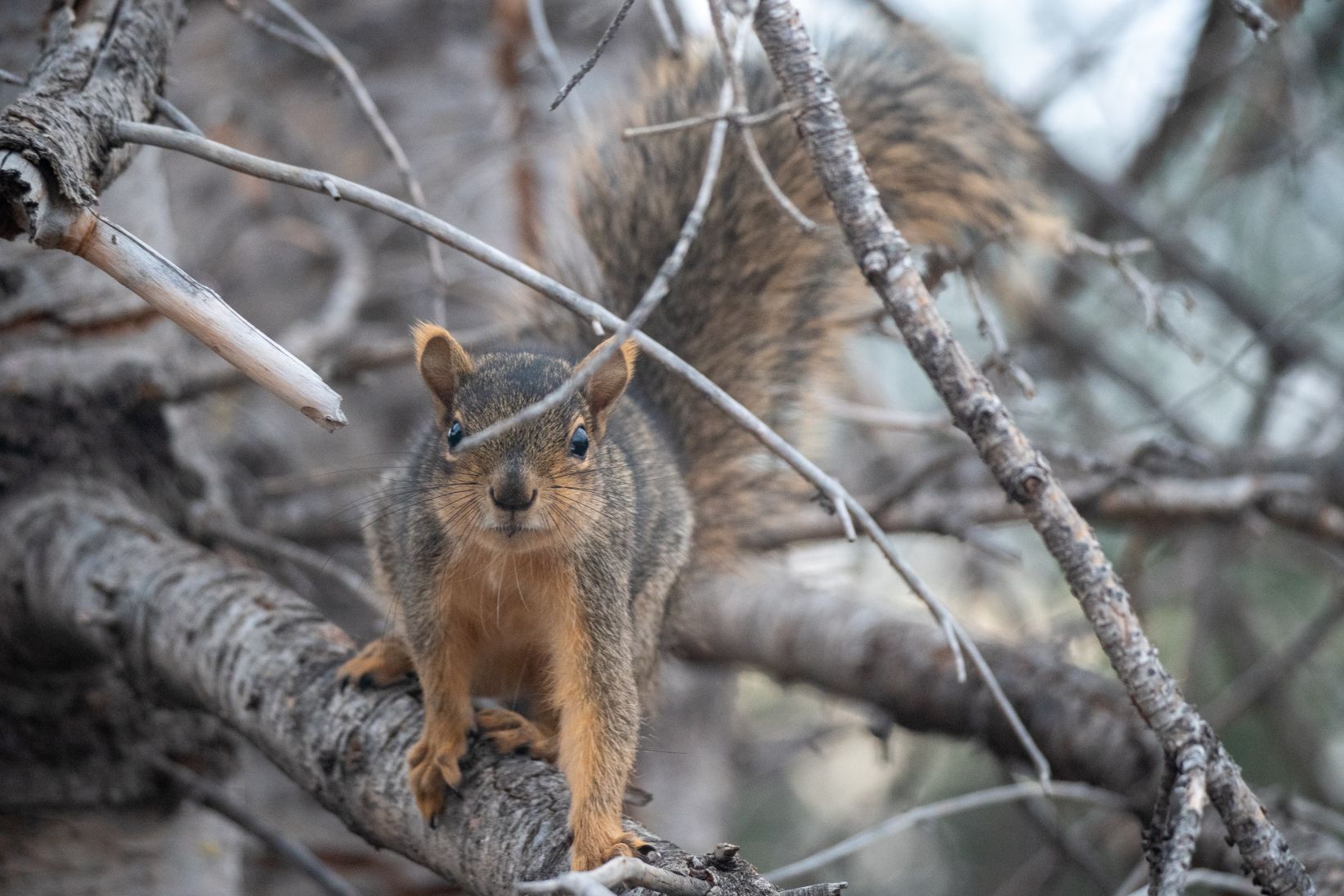 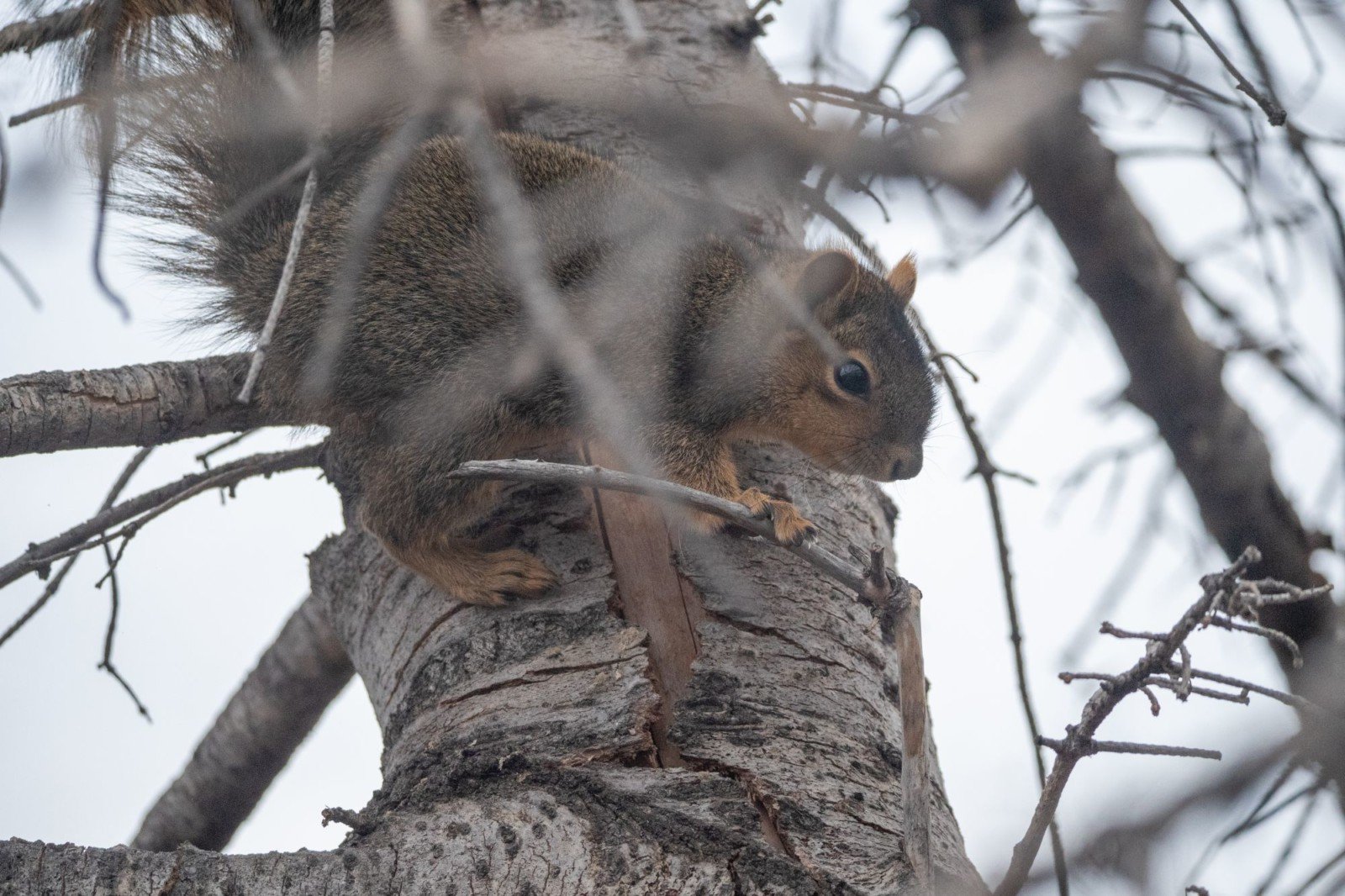 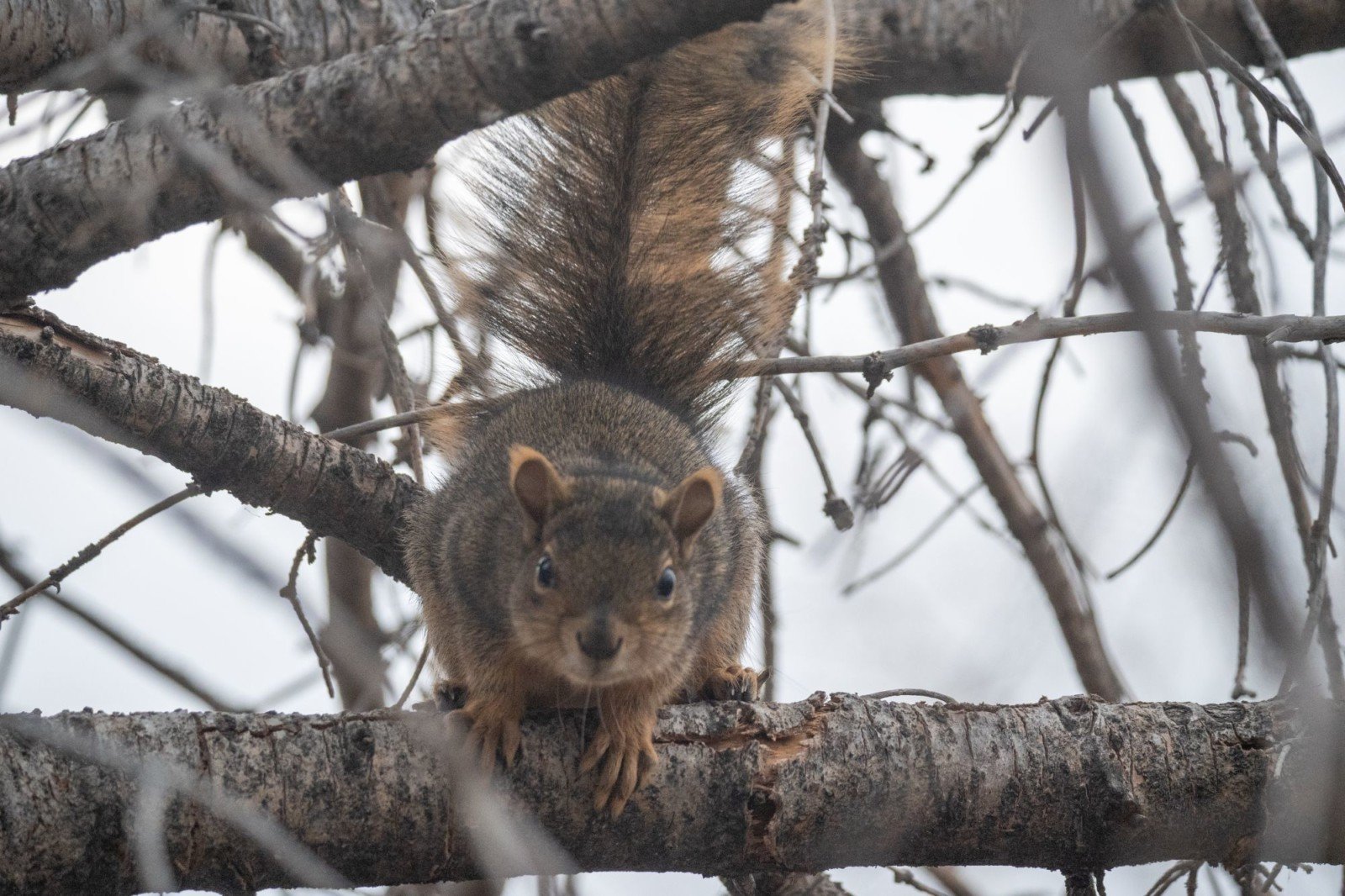 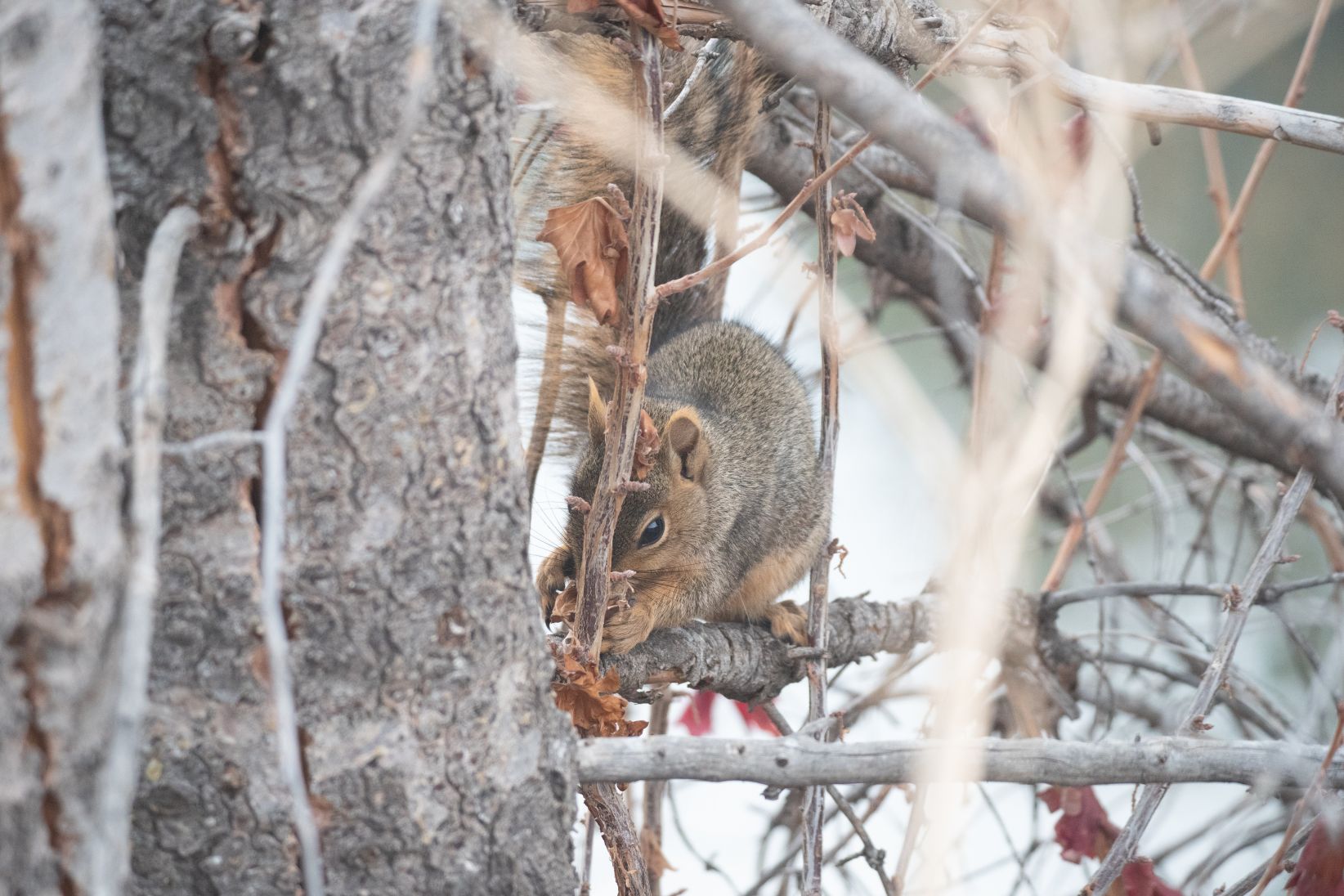 Because it was so dark, it wasn’t good conditions for birds in flight—this image was taken at 1/500s and f/5.0, at ISO 2500, with the Leica 100-400mm lens (which was used for all the images here)—so there’s some wing blur, though I think the effect is quite nice. While it’s not super sharp, I think that the focus has locked on very well despite a pretty busy background. 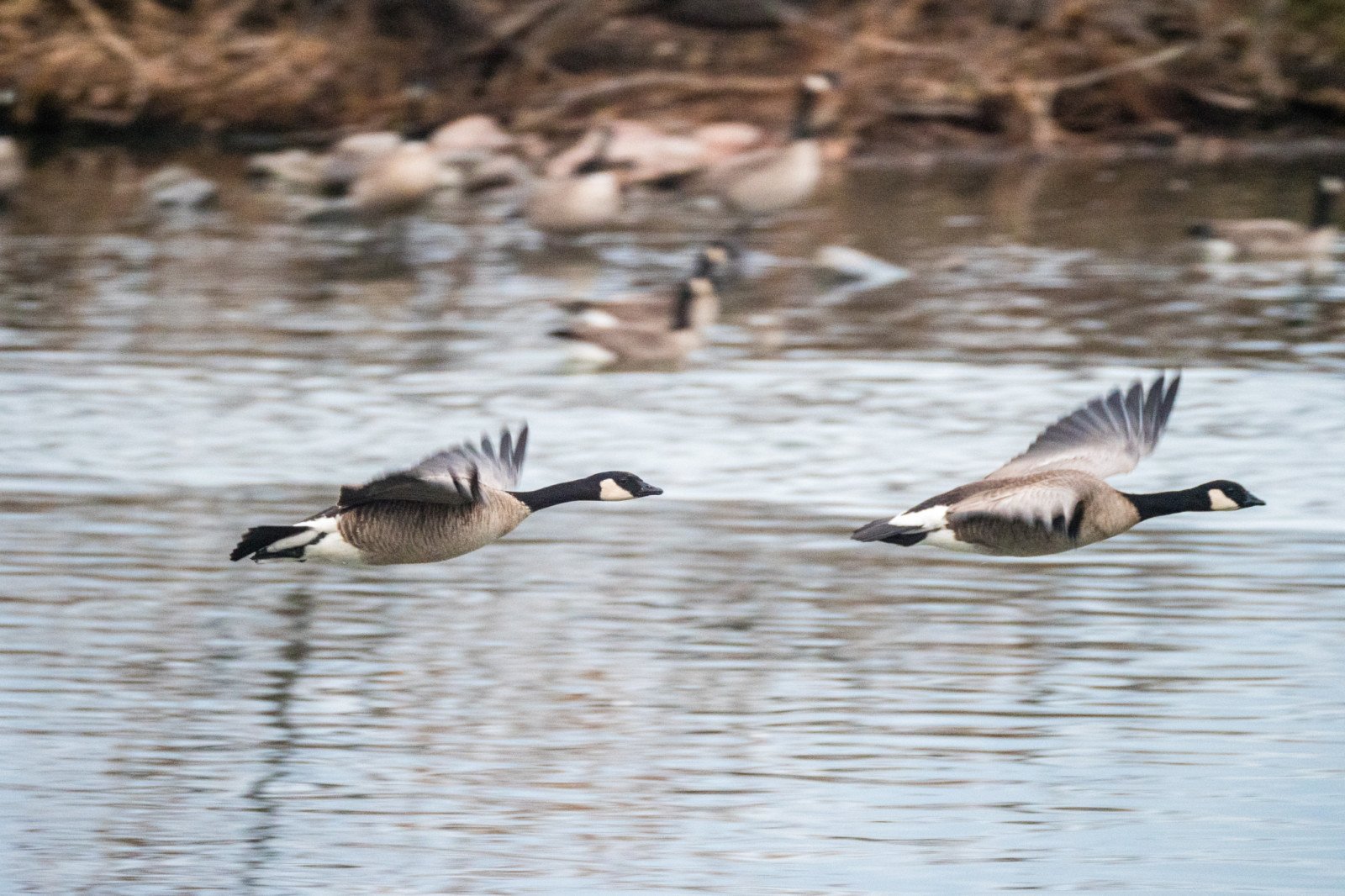 Finally, a few more shots of the great blue heron. All of these shots were taken from the same location through some fairly dense vegetation.

In the first shot I am using the animal detect mode, and this focused very quickly to give me the shot you see here. The second shot was taken using the 255 area focus mode, and as you can see, it focuses on the vegetation. The third shot was taken in point focus mode, and while I got a similar shot to Animal Detect, it probably took me 4 or 5 seconds to switch focus modes and move the focus point to just the right spot in the frame. 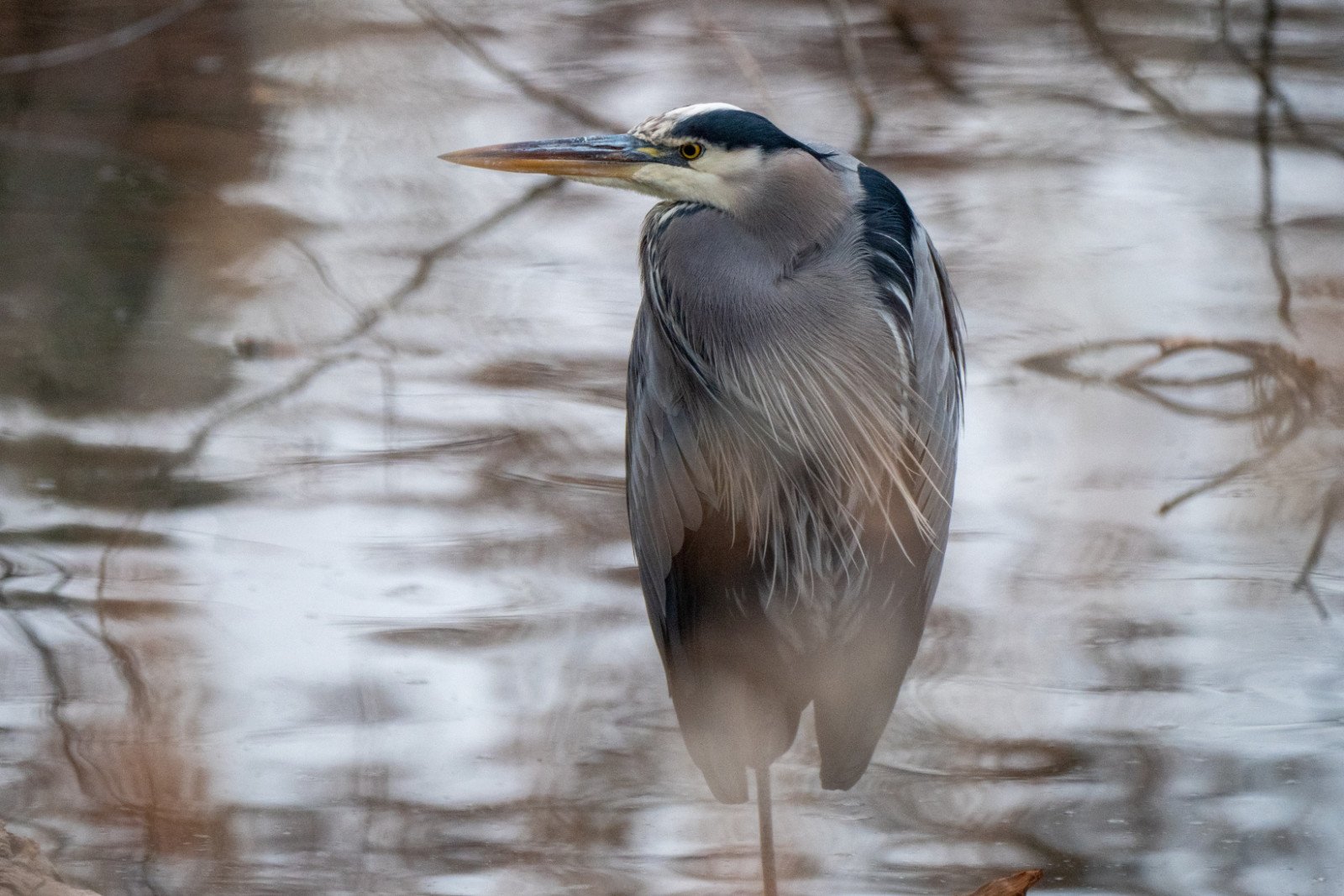 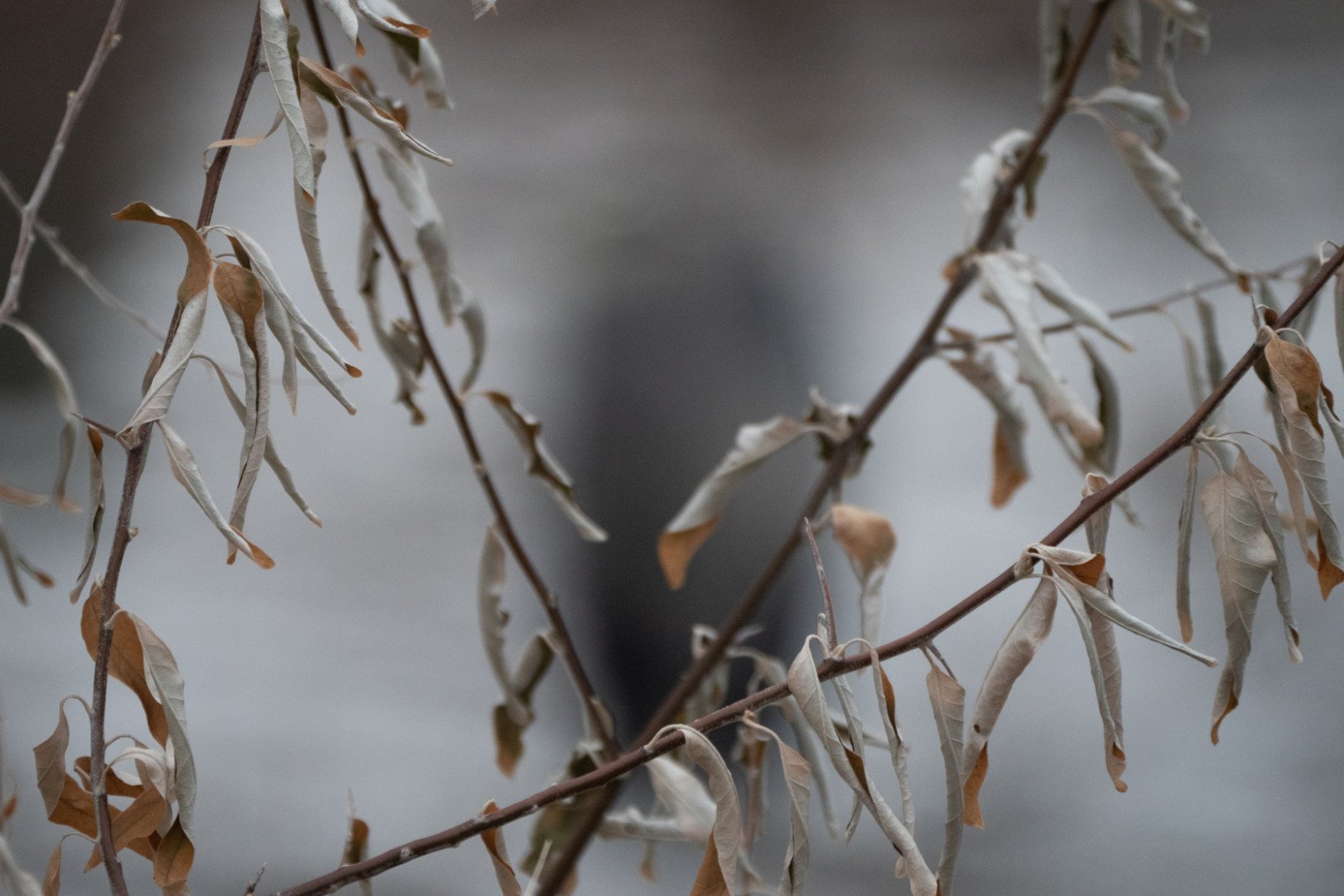 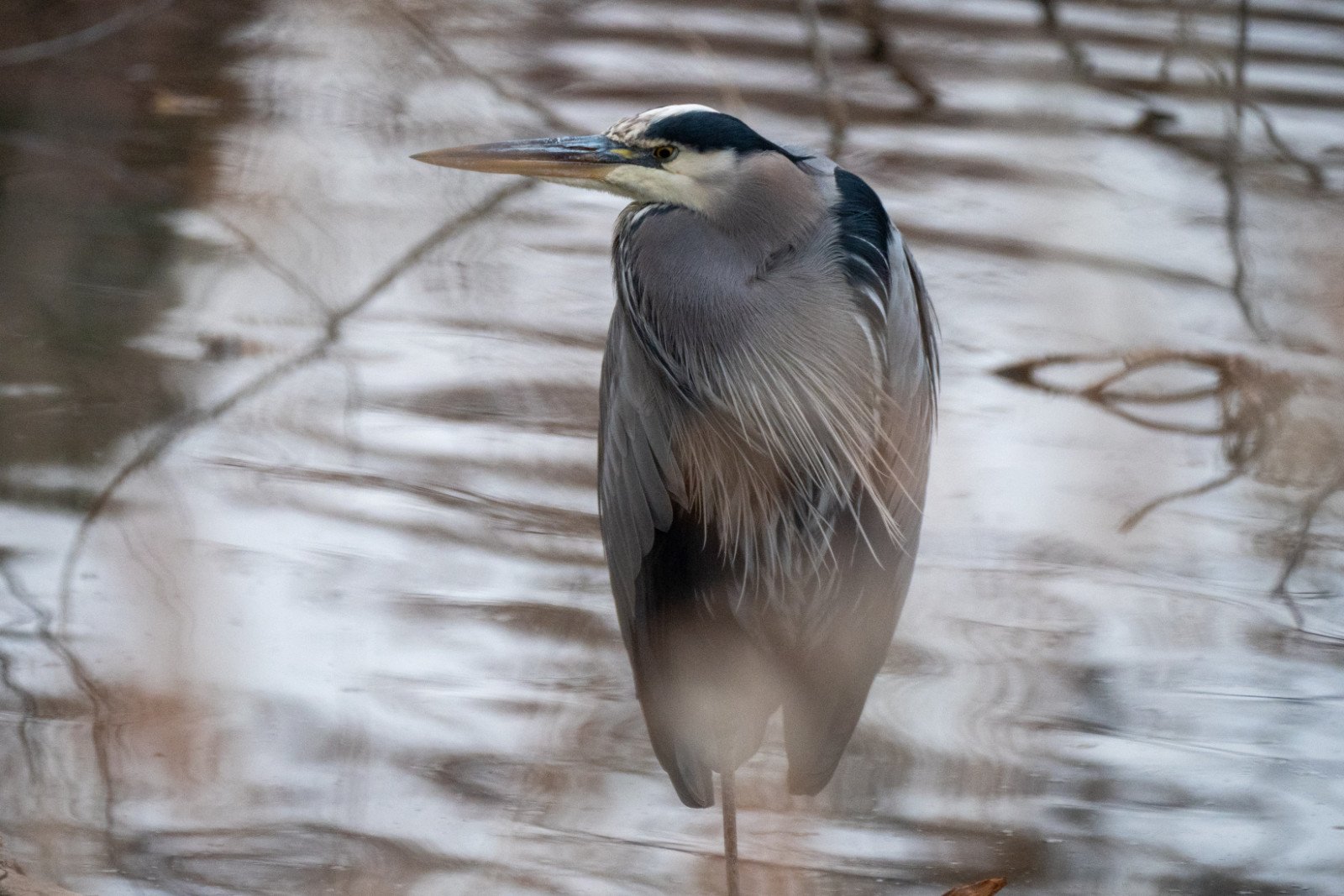 In this case the heron was stationary, so I was able to do that, but in some of the other shots like the squirrel ones, the subject was moving quickly and there’s no way I could have done this.

Lastly, here is a close up portrait of the heron, again taken through vegetation. It is very nice and sharp with the eye in clear focus. 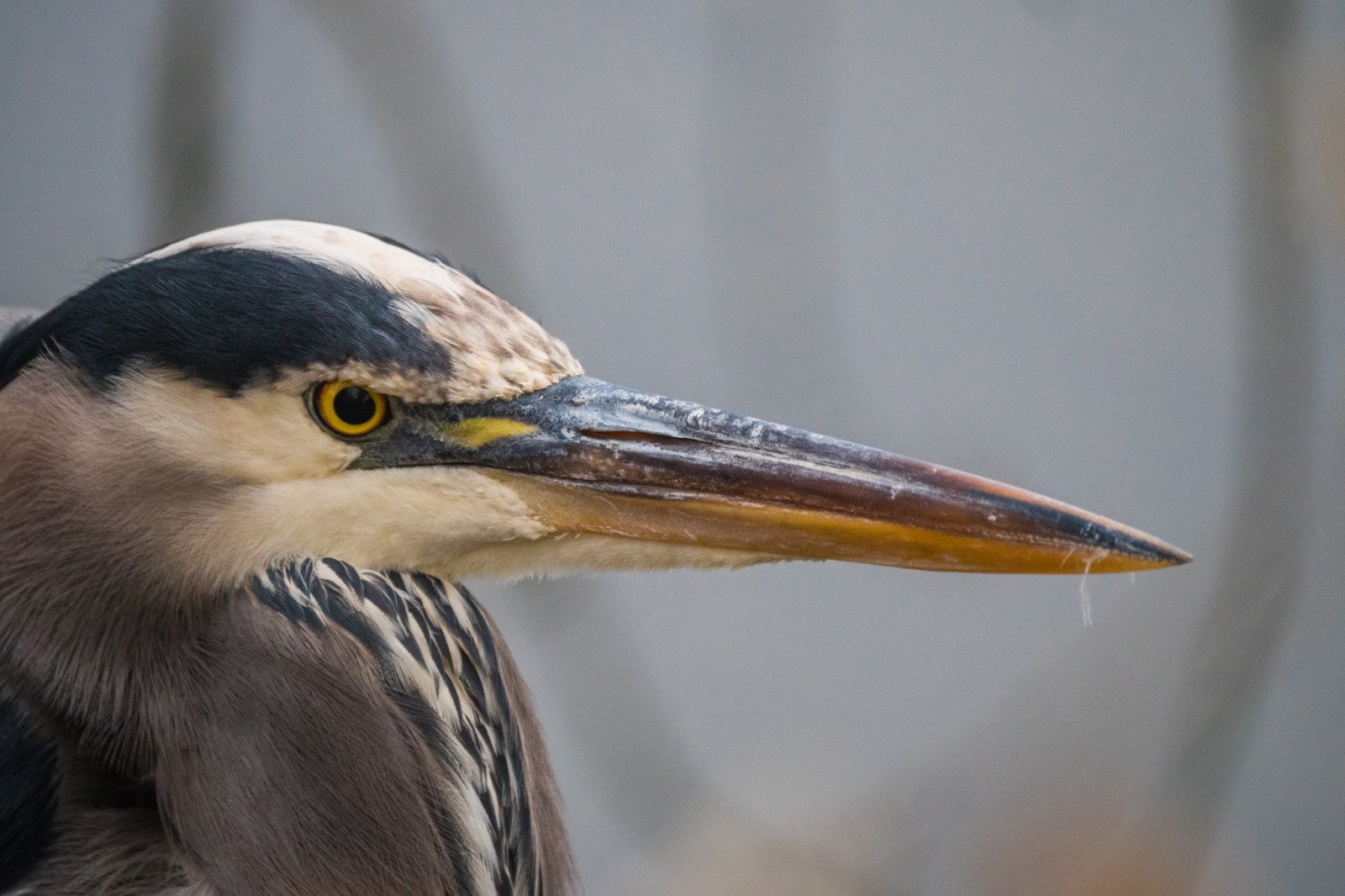 I hope to get out again soon with some better light, though snow is forecast over the next day or two, so it may not be until the weekend. I definitely want to do more testing on birds in flight. But I have to say that I am very impressed with how well the system picks out animals, even with very busy vegetation in front of them. It probably takes half a second or so on average to lock onto the subject, but then it tracks very well from that point on, with no obvious “focus hunting.”

It also works very well with video: I tested it with 6K video mode and it worked in just the same way, including display of the tracking rectangles. According to this article, written in June 2019, the Sony animal detect autofocus only works for stills and not for video, so that’s a point for Panasonic.

I haven’t done enough testing yet to know if it will deliver major improvements on birds in flight—I suspect it will, though probably not to the level of Sony. But the ability to pick out animals from dense backgrounds like I’ve shown here is certainly a major step forward. Based on my testing so far, I definitely feel that the new focus system is going to deliver some significant improvements in my wildlife photography.

About the author: Peter Batty is a British-born photography and travel lover currently residing in Denver, CO. To see more of his work, visit his website, check out his blog or give him a follow on Instagram and Flickr. This post was also published here.