The Canon 1DX Mark III is shaping up to be one of the most exciting mirrorless cameras on the market, matching or outpacing the current industry standard in the Sony a9 and a9 II. Yes, you read that right: if the upcoming 1DX Mark III only has the features that were teased yesterday, it will be a killer mirrorless camera that just happens to have a mirror.

Looking over some of the comments in our coverage of the 1DX Mark III’s announcement, it’s clear not everybody understands the improvements Canon is baking into the Mark III. A few even called the camera an “incremental” update. That’s strange, since Canon is doing two things with the 1DX Mark III that have never been done before, alongside a lot of other ancillary adjustments that add up to a big technological leap—not just for Canon, but industry-wide.

For one, 20 frames per second with a physical or electronic shutter is a big deal. Secondly, they announced that they are integrating deep learning autofocus into the camera both in Live View and through the OVF.

Starting with the physical shutter improvements, today the Sony a9 II can only shoot 10 frames per second with a physical shutter. To get the maximum FPS, you have to use the electronic shutter. There are only a few cases where this would be a problem, but there’s still some risk for rolling shutter in some instances, however slim that risk may be.

In their defense, Sony has done an incredible job reducing the rolling shutter effect in photos to be nearly a non-issue.

One of the main selling points of the 20fps electronic silent shutter, and why it is such a big deal for Sony, is that it can be used in situations where near silence is necessary, like at golf tournaments. To date, Sony is the only one who offers high performance and silent shooting.

Except the Canon 1DX Mark III will do it too… and more. Not only can you shoot 20 frames per second silently with the electronic shutter, you can reach the same speed with the physical shutter as well—totally eliminating the problems that can occur with an electronic shutter.

Of course, it remains to be seen whose performance will be better, and what technologies Canon has implemented to compete with the high level at which the Sony a9 operates. Which is why we spoke with Canon’s Senior Technical Specialist Drew MacCallum earlier today.

That is a considerable leap in performance from the Mark II, and far from an incremental update.

Though MacCallum wouldn’t get into the details of how they were physically able to push the shutter mechanism so fast—at least not yet—the fact of the matter is the 1DX Mark III will give photographers more options in this regard than any other camera currently on the market. That includes the actually incremental Sony a9 II.

One thing you often hear from mirrorless manufacturers is that mirrorless systems are superior in part because you can exceed limits of physical shutters, limits that are hard and fast. But the Canon 1DX Mark III scoffs at those limits as it drives on by.

“We have heard that message out there from other manufacturers, saying it’s not possible, and we’ve been doing it,” MacCallum said. “It’s quite possible, and here we are blowing out the numbers again.”

The 1DX Mark III will also feature a much larger buffer than the 1DX Mark II. The specifications for the Mark III say “five times” the current buffer of 170 RAW photos at 14 frames per second; even if we assume it will be a little lower when amped up to the maximum speed of 20 frames per second, the Mark III is going to offer markedly more frames than we’re seeing out of the a9 II, which can only shoot 239 Sony “compressed” RAW files before the buffer fills.

That also doesn’t take into consideration the wait time to clear that buffer, which promises to be far better on the 1DX Mark III thanks to the dual CFExpress card slots that the Canon will have. 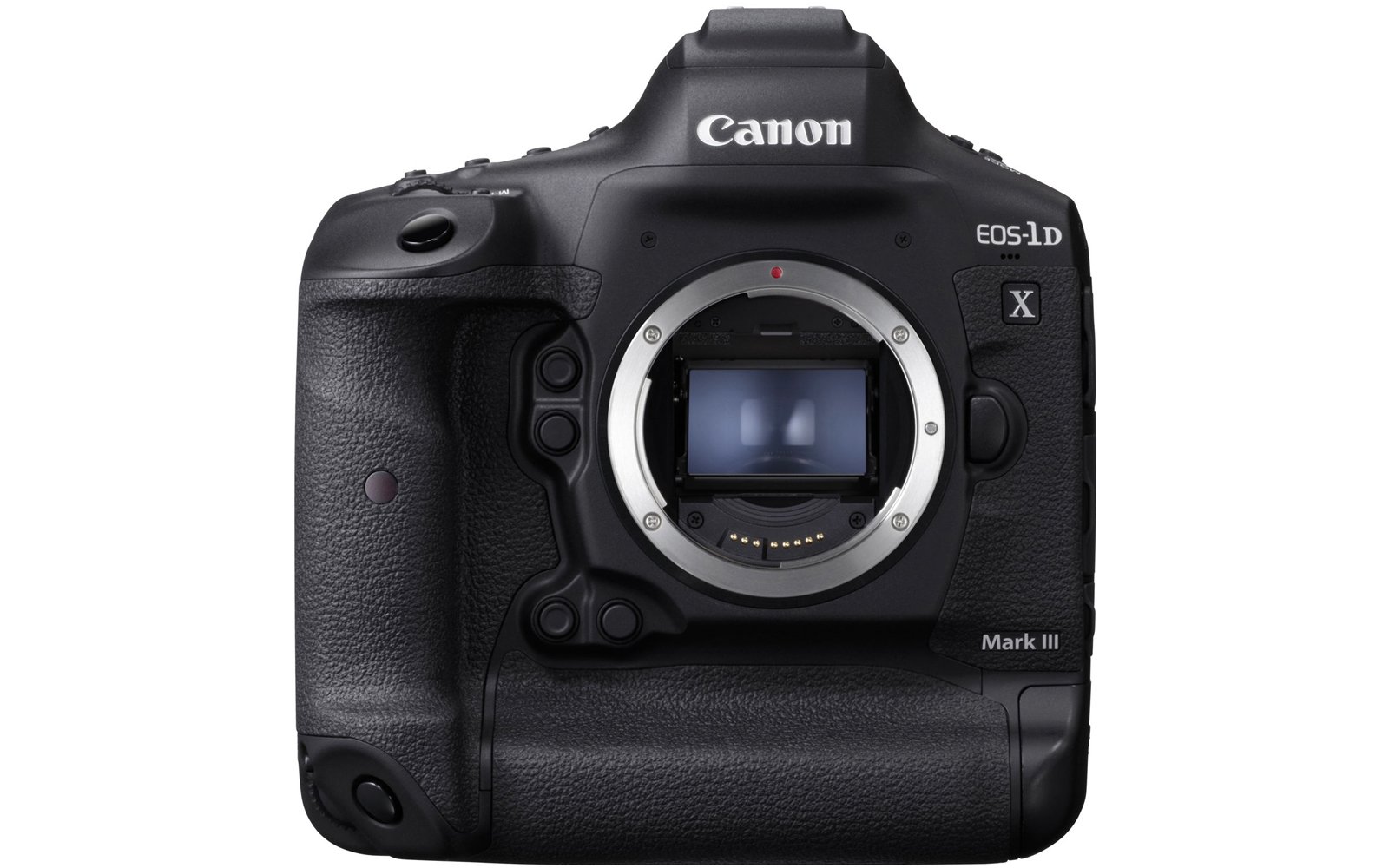 Some argue that SD is capable of incredible speeds, but Canon says they are looking to the future, at what is perhaps out of sight now but coming sooner than you would expect.

“CFExpress is over two times faster than CFast. That’s number one, paramount, is speed,” says MacCallum. And CFast is already significantly faster than even the fastest SD cards. “When you see what the requirements of the cameras are moving forward for the buffer speeds and video capabilities and stuff like that, you’re going to need as much of a card as possible.”

Moving on to autofocus, this is another area where Canon is planning to integrate technology that has never been seen in the industry: an autofocus system that can use deep learning (Note: Canon wants to stay away from the term “A.I.” because that implies that it is learning something or potentially changing over time).

While we’ve seen deep learning used as a phrase for what Panasonic does in combination with its Depth by Defocus system, and Sony uses the term “A.I” to describe their focus tracking technology, in both those cases, it has been an imaging-sensor-based technology that relies on a full time image sensor to achieve. No one has ever attempted to use this kind of language, and the technology it implies, when referring to traditional mirror-based autofocus technology.

Though MacCallum couldn’t go into more detail about how Canon is doing it at this time, the subject matter is still incredibly interesting, and Canon is the first and only company to state that they are offering deep learning autofocus through both the optical viewfinder and in Live View with the mirror locked up.

This is why the term “incremental” makes no sense. Even if you just look at the advancements with the physical and electronic shutter and the changes to the autofocus system, it’s industry-leading stuff. Beyond that, the 1DX Mark III will capture 4Kp60 video at 4:2:2 10-bit in Log.

The Sony a9 II can’t do that, either.

The downside of this design is that Canon’s most intriguing, best features on the 1DX Mark III will only be available with the mirror locked up. Somewhat confusingly, this would make the 1DX Mark III one of the top performing mirrorless cameras on the market, despite having a mirror. As a result, getting those top-tier features means forcing the user to shoot using the rear LCD instead of an eye-level viewfinder. 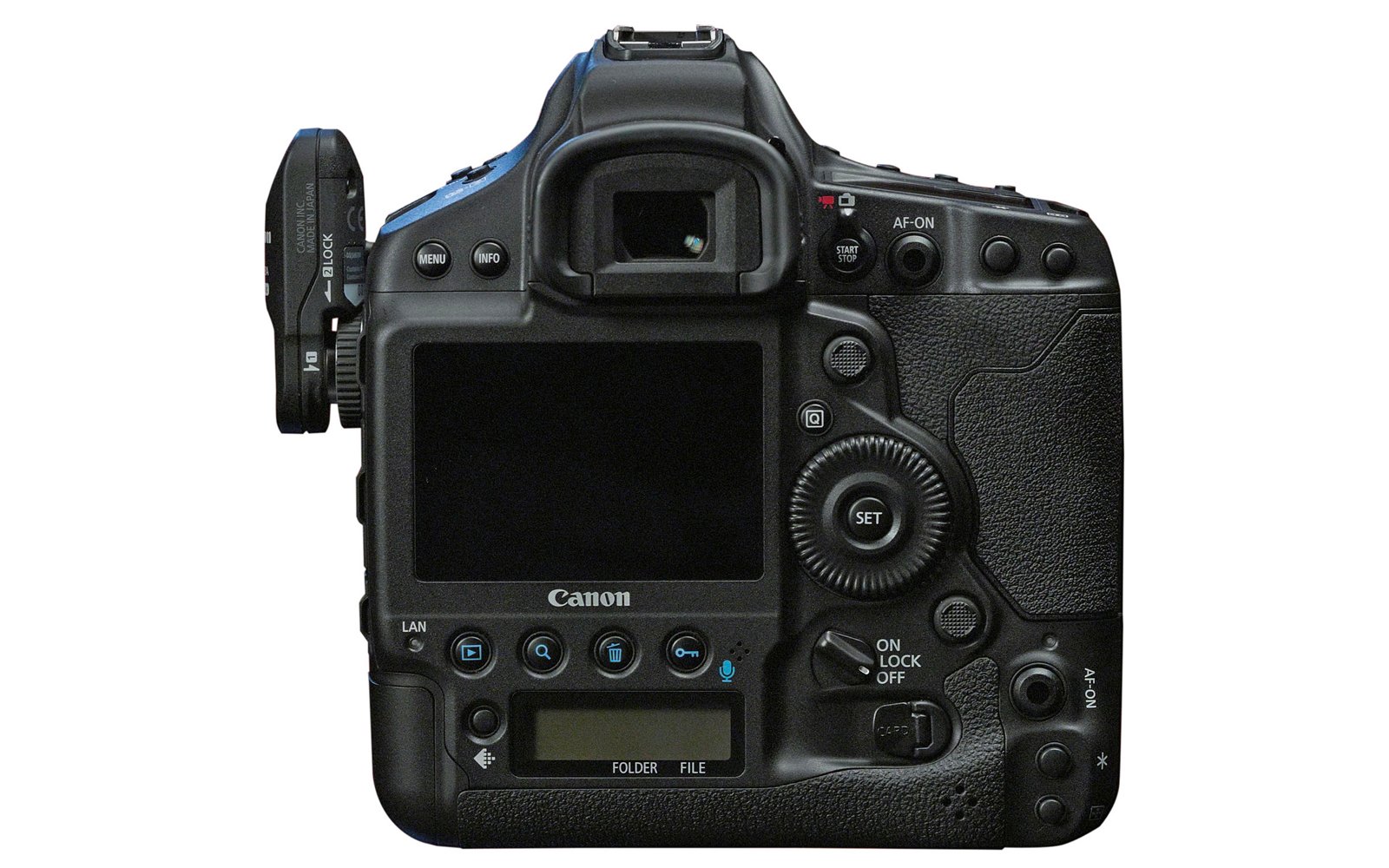 MacCallum was quick to remind us that you don’t always need, or want, the highest performance the 1DX Mark III will be able to offer. “Remember, most professional sports photographers don’t necessarily need 20fps to begin with,” he told us. Shooting at max frames per second on the Sony a9 feels great while shooting, but the result is a lot of very similar images you have to look through later.

“That’s a lot for their editor to cull through,” MacCallum said. “So [the professional photographer] doesn’t necessarily need that all the time. It’s one of those things where you go to it when you need it. And if they need 20 frames per second, they’re typically running it as a remote where they aren’t even looking through the viewfinder anyway.”

“We expect the photographer to use the viewfinder at 16 frames per second, unless they’re in maybe a press environment, such as if we’re talking White House level stuff where it needs to be absolutely silent. But if you’re shooting a Jet’s game, you don’t need a silent shutter.”

For the first time in years, It looks as though Canon saw what the market leader was doing, and sought to meet or exceed them in whatever way they could.

MacCallum wouldn’t comment on Sony’s coined “blackout free” shooting experience, so we don’t know if this is something the 1DX Mark III will offer—it remains one of the few places that Sony can still claim superiority… for now. MacCallum could only comment on what was announced in the release, and Canon is keeping quite a bit close to the vest.

Sony can also still claim a greater number of autofocus points, though Canon’s catching up quickly and their smaller number of points still covers nearly the entire sensor, 100% in one direction and 90% in the other.

When asked about the future of Canon’s technology, and perhaps a pro-level actually-mirrorless camera, MacCallum was coy.

“If you’ve seen the statement on mirrorless, [such as] a professional model, we said we are looking into using the technologies as much as possible, like new processors and new sensors, and pushing those boundaries,” he told us. “And if the 1DX Mark III is going to tell you anything about what we have going on potentially in the future, it should be a good sign.”