In 2010, the world’s tallest skyscraper was completed in Dubai. Standing a staggering 2,722 feet tall, the Burj Khalifa towered over the next tallest building by over 700ft. It was a feat of engineering, and a beautiful and shining addition to one of the most impressive skylines in the world. But they didn’t consider one issue: feces. In this way, the Burj Khalifa and the new Nikon Noct lens have something in common.

With 163 habitable floors designed to hold 35,000 people, the Burj Khalifa’s residents can theoretically produce over 7 tons of poop per day. Why does this matter? Because the Burj Khalifa was constructed without first building the proper sewage infrastructure that such a building required. Without a fleet of sewage trucks, the building would have figuratively collapsed under the weight of its own literal feces.

Dubai had built their “Halo piece,” their shining example of what they could do as a nation, without first making sure that their foundational pieces were ready to support it.

When a company (or in this, country) builds a Halo piece, you don’t expect the response to be quite as vitriolic as we’ve been seeing over the last 24 hours since Nikon unveiled the 58mm f/0.95 Noct. Ever since it was announced as in development, it has been a polarizing lens. But the mocking responses to its release yesterday still can’t possibly be what Nikon was expecting.

A Halo product is supposed to bring applause, or at least awe, not contempt and ridicule. So what happened? 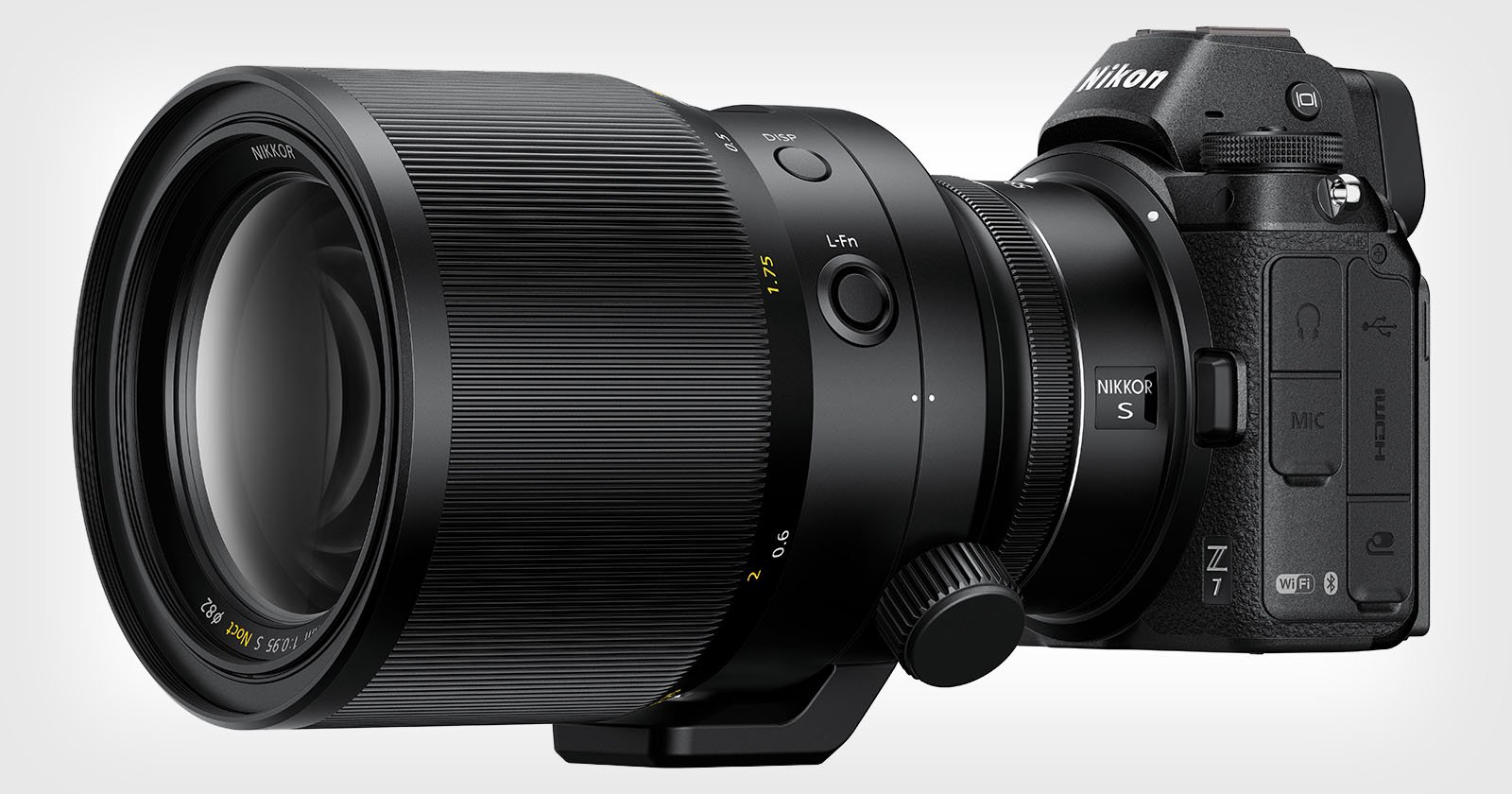 Of course there are those who hate even the idea of a manual-only lens on a mirrorless still camera body in 2019, and I can see their point. The $8,000 price tag is also a lot more than many of us were expecting, though as a Halo product it sort of falls in line with the concept of a rare, specialty lens. So as much as I originally thought it was too much, I reconsidered when I thought about who was even going to buy this thing.

Does that customer care about the price? Probably not.

So why am I still upset? I think it’s because I don’t like the message it sends to those who actually use the Nikon Z System.

I have been critical of the lens release schedule for the Z cameras since the system was announced last year, and even the new additions to the roadmap that were announced yesterday don’t really appease me (mostly because the additions are incomplete, aperture values left blank). In my opinion, Nikon’s lens roadmap has from the very beginning felt repetitive and out of order. Seeing the NIKKOR Z 58mm f/0.95 S Noct lens in there, by itself, isn’t all that bad. The problem is the timing of its release, and the lenses its listed next to.

My beef with Nikon stems from the fact that I believe the Nikon Z System is intended to be for professional shooters. That is to say: that the Z6 and the Z7 are intended to be pro-level bodies for pro-level shooters. Whether or not they actually are is irrelevant, that was their intention.

That felt odd to me, since the Z system was being advertised as a professional camera. None of those lenses screams professional to me. In fact, when I saw them announced I immediately said, “but isn’t anyone buying this going to feel compelled to replace all three of those lenses as soon as something faster comes out?” The 24-70mm f/4 was, to me, the most egregious offense. Anyone picking up the Z6 or Z7 at launch would feel compelled to get the 24-70mm f/4 because it’s the most versatile native lens available, and at the time we weren’t sure when we would get the 24-70mm f/2.8. We knew “2019,” but without being given a specific month, it was hard to rationalize waiting for it if you needed a usable, versatile lens either soon or right away.

It turns out the lens was released seven months ago, so the wait wasn’t that long, but by then it was too late. Now, you very likely have two equal focal length zoom lenses, and one of them is objectively worse than the other. If you own the 24-70mm f/4 and the f/2.8, the f/4 is probably gathering dust a closet right now, and you’re going to have a hard time reselling it.

Too many of the lenses on the roadmap feel like enthusiast-grade placeholders that will get professional-grade replacements sooner or later. All of these f/1.8 lenses feel like stop-gap money grabs, where Nikon knows you need the focal lengths more than you care about speed, so you won’t think about how you’re going to have to re-buy all these lenses within five years.

When you compare this strategy vs that of Canon or Panasonic (both of whom are moving at a snail’s pace in comparison), you might think it better since there are more options. But I argue that Canon and Panasonic are respecting me as a consumer more than Nikon is. In four years, if you subscribed to the Nikon Z System, you’re going to have two 50mm, two 24-70mm, and a 14-24mm f/2.8 to pair with your 14-30mm f/4. And it seems likely you’ll have a faster 35mm, 24mm, and 85mm, too.

That’s a lot of money wrapped up in optics that you’ll be sorely tempted to replace because there is no benefit to having these slower lenses once faster versions come out. 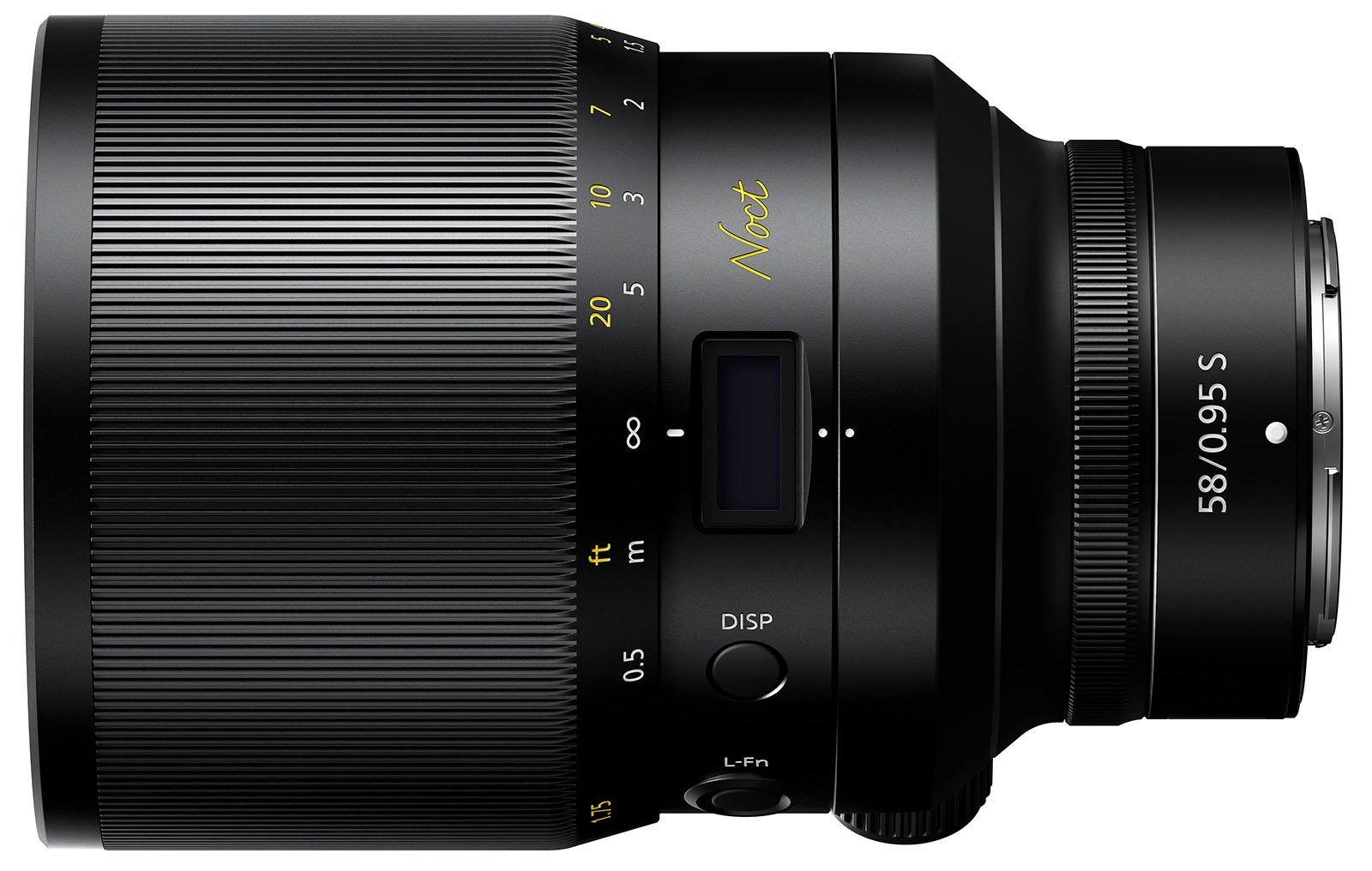 So when I see the 58mm f/0.95 S Noct lens release slotted in here, right in the middle of a convoluted lineup, it just makes me upset, and that has nothing to do with the optical excellence of the Noct or its price tag. You don’t release a Halo product like this when your usable lenses are in the state that Nikon’s are currently in. To me, the Noct feels like the an insulting cherry piled atop the ice cream sundae of insults that is the current Nikon Z-Mount lens roadmap.

The time, money and engineering resources that it took to create this lens feel like they could have been better used elsewhere.

The Noct would appear like a completely different lens if it were standing atop a well-rounded professional lens library that Z Series users could be proud of. But in the middle of a release schedule with so many holes it it? With so much repetition? It strikes me as insulting and out of touch.

In other words: this shining beacon of engineering only makes the sewer trucks and lack of proper infrastructure that much more obvious.

‘We Currently Have No Plans to Sell the [Camera] Business’

5 Reasons Why You Should Be Using Vintage Lenses