DxOMark have published their results after testing the sensor inside Sony’s (relatively) new a9 Mark II, and despite sporting the exact same chip as its predecessor, the Sony a9, the Mark II somehow managed to get a higher score. 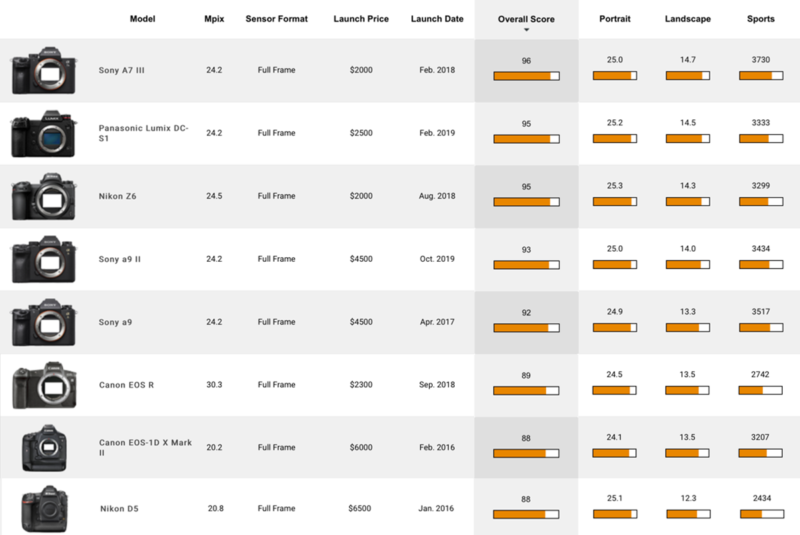 As DxO explains in their testing conclusion, it all comes down to image processing and how the ISO sensitivity is handled.

Sony says that the a9 II has the same sensor as the original a9, but as we’ve seen the new model adopts a different approach to processing, using a change in sensitivity behavior [between ISO 400 and ISO 800] both to improve color discrimination and to widen dynamic range at higher ISOs. It’s the first time we’ve seen this and it marks a shift in strategy for Sony.

This change in sensitivity behavior mirrors what you see in other full-frame mirrorless cameras like the Panasonic S1, and gives the Sony a9 II an edge over its predecessor, albeit a slight one, across all three categories DxOMark scores: color-depth, dynamic range, and low-light ISO.

To read the full review, and find out how the Sony a9 II compares against the Nikon D5 and Canon 1D X Mark II that most sports photographers currently use—spoiler: very favorably—head over to DxOMark.