Nikon Australia, in partnership with Surfing Australia, has announced the finalists of this year’s Surf Photo of the Year awards: an annual contest recognizing “the best single surfing-themed image taken by an Australian photographer.”

The finalists were selected by a panel of 10 high-profile judges from within the surfing industry, and they don’t all have to show surfing in action. The four criteria considered when selecting the best of the best were:

So while a killer pipeline shot will rank really well in a couple of those categories (and there are plenty of those in here) it might not hit quite as hard in terms of innovation or uniqueness.

But enough chit chat. Scroll down to see the finalists of Nikon’s 2020 Surf Photo of the Year Awards. 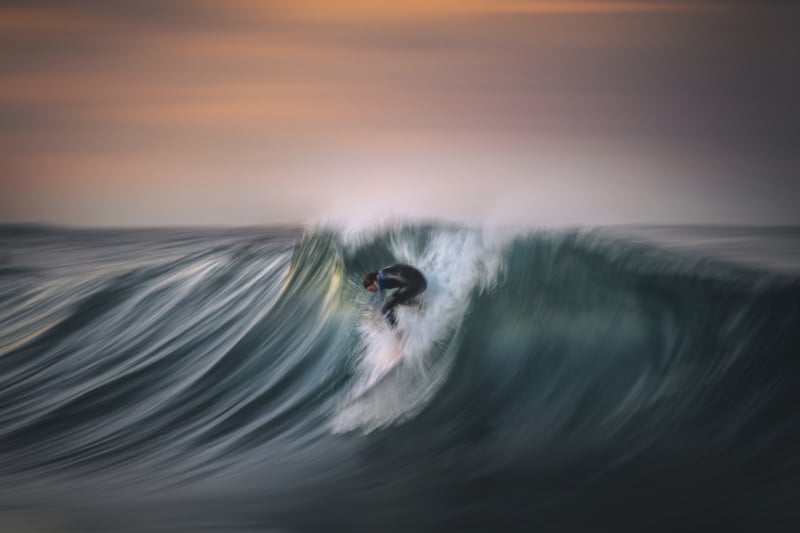 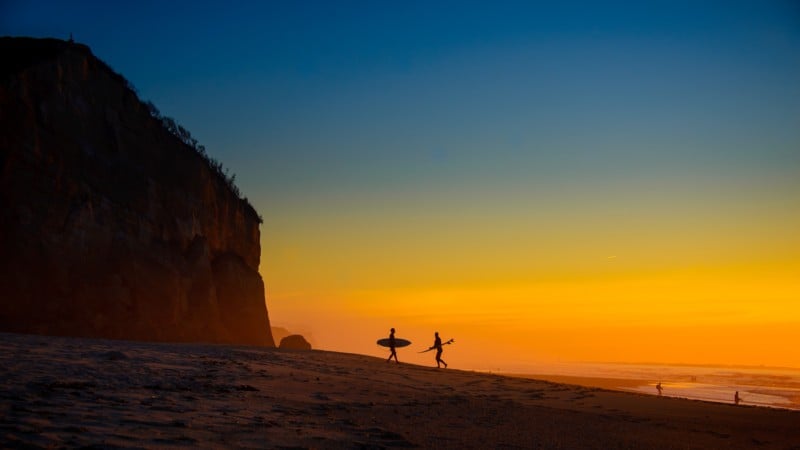 Caption: “Post surf catch up after a late session near Peniche.” 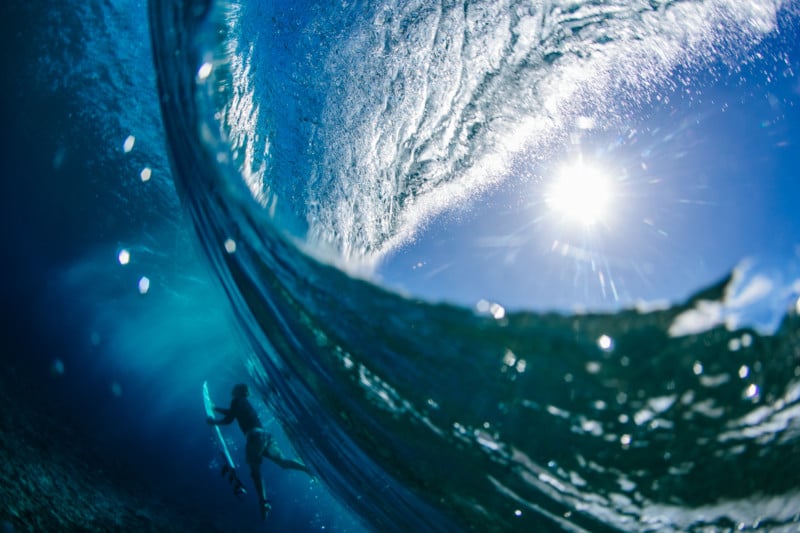 Caption: “This is from my first trip to Tahiti I really wanted to walk away with a shot that was different. I was swimming with a big dome port to try and shoot ‘over unders.’ The water clarity was a dream and I got lucky to shoot back as a surfer duck dived. Easily the favourite swim of my life.” 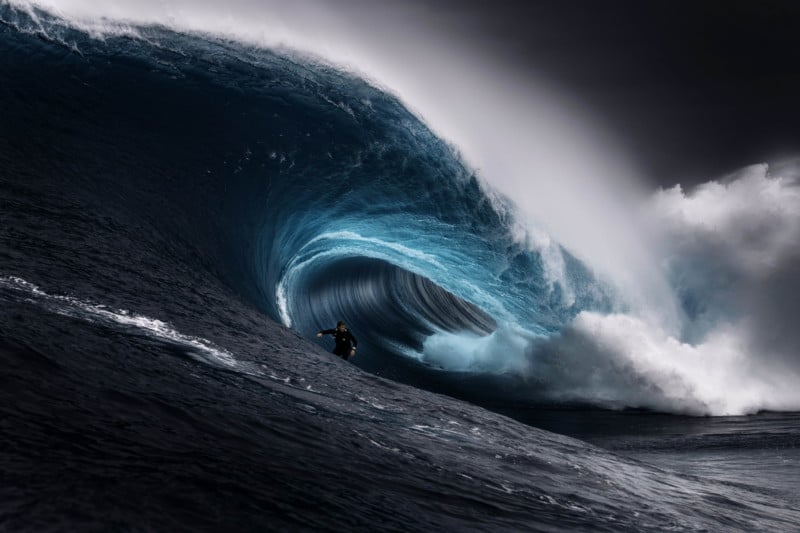 Caption: “No matter how many trips you do some waves always stand out amongst the rest.” 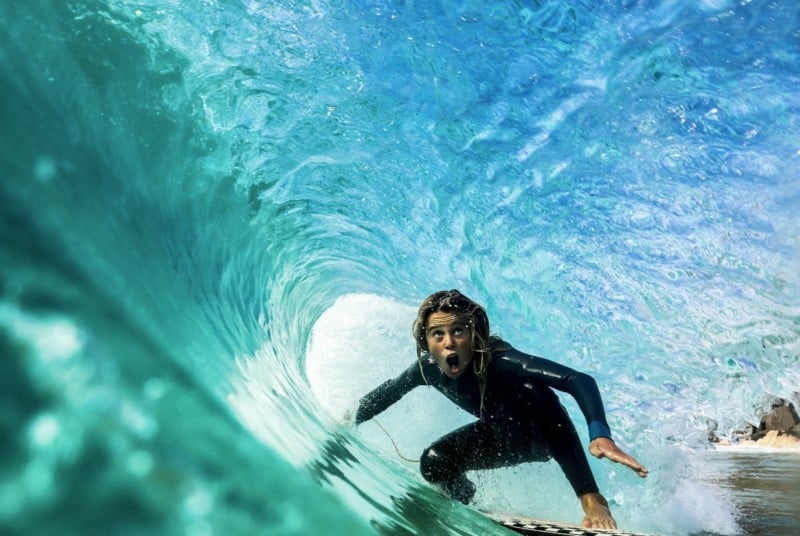 Caption: “I was shooting little Harry at a bit of a secret spot the groms love to frequent on the Gold Coast for shallow little drainers and close out barrels. As he took off I moved across the front of him and heard him yelling out as the barrel began to encase him, his eyes wide and looking up at the roof of the wave almost in awe. As I passed through the wave my only thought was “did he make it?” I surfaced on the other side I heard an ecstatic voice yell out “I made it! I made it!”

Peter Jovic | No Looking Back 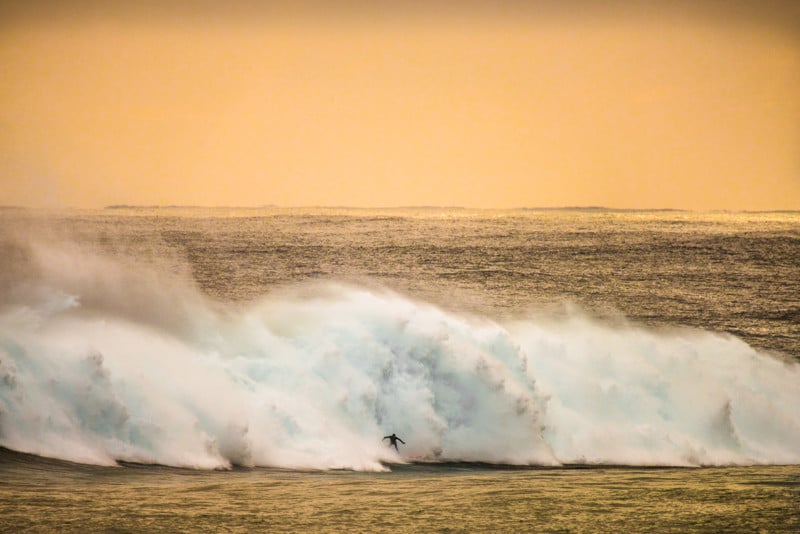 Caption: “Some heavy water during a solid Indian Ocean swell and an un-named local charger racing the gauntlet as the sun begins to set in the west. There’s no helicopters, no fan fare. Just an individual dealing with what mother nature has put in front of him…or behind him. The prospect is (apart from drowning) a long swim in waters that are very lively with large marine creatures.”

Jamie Scott | I can’t hear you – Mick Corbett – The Right 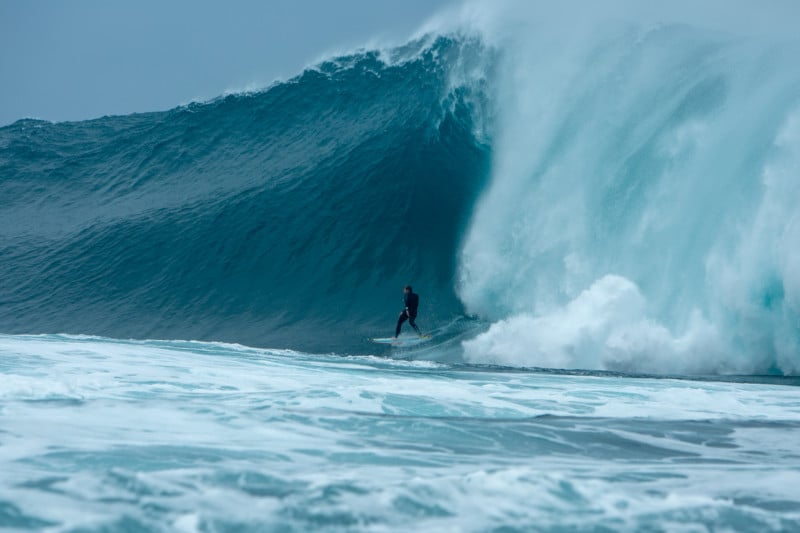 Caption: “Mick blew his eardrum on the wave before this one, but in true Aussie spirit he climbed back on the horse and slid into this behemoth…” 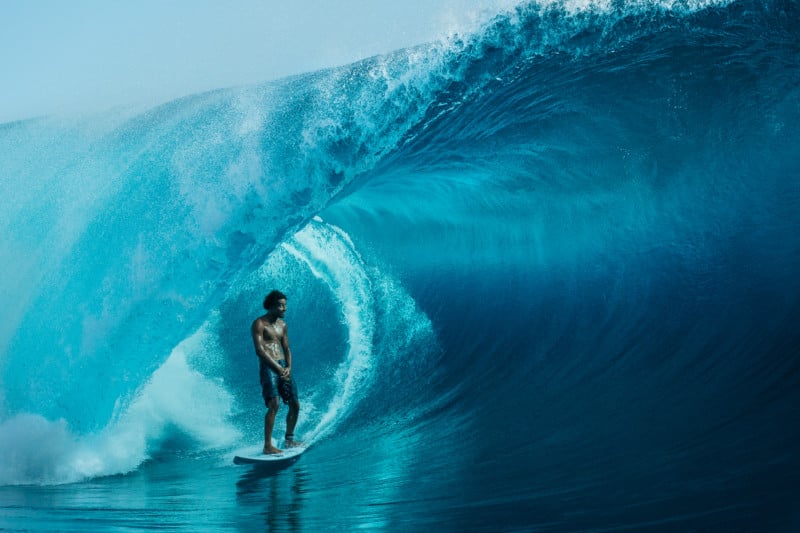 Caption: “On a deadly wave were most would be in their most critical survival stance Matahi Drollet seems to be greeting an old friend. His face and posture shows no sign of fear or apprehension, just pure joy. A unique spiritual connection between a wave and a man. Shot with 70-200mm whilst swimming in the channel. What a sight to see.” 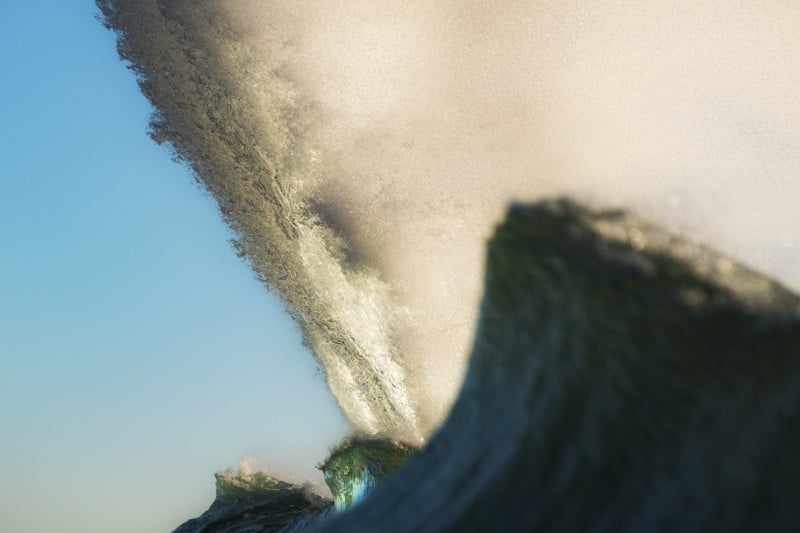 Tom Pearsall | Jack in a Box 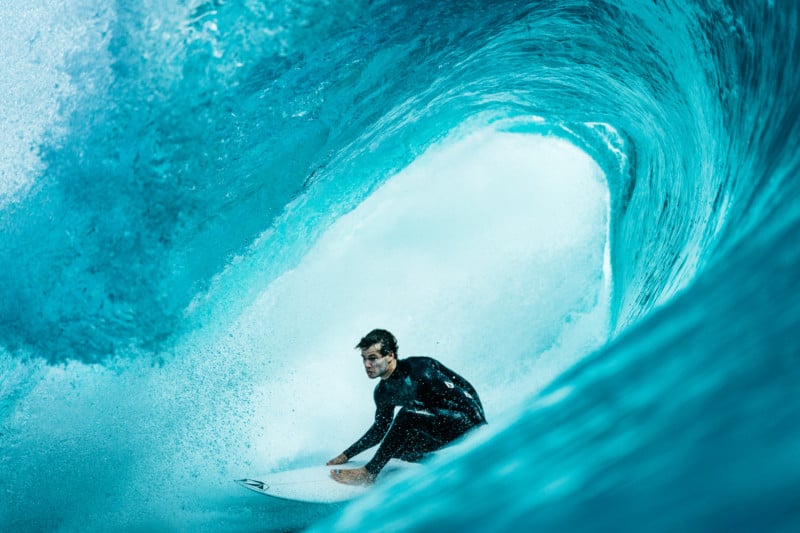 Caption: “Jack Robinson gritting his teeth and holding his line through a deadly section in remote Western Australia. Shot at f3.2, a 16 thousand of a second and 160mm creates a frozen moment that in real time was violently fast, with an interesting depth of field. As the wave roared past it almost grabbed me and my housing and ground us into the reef.” 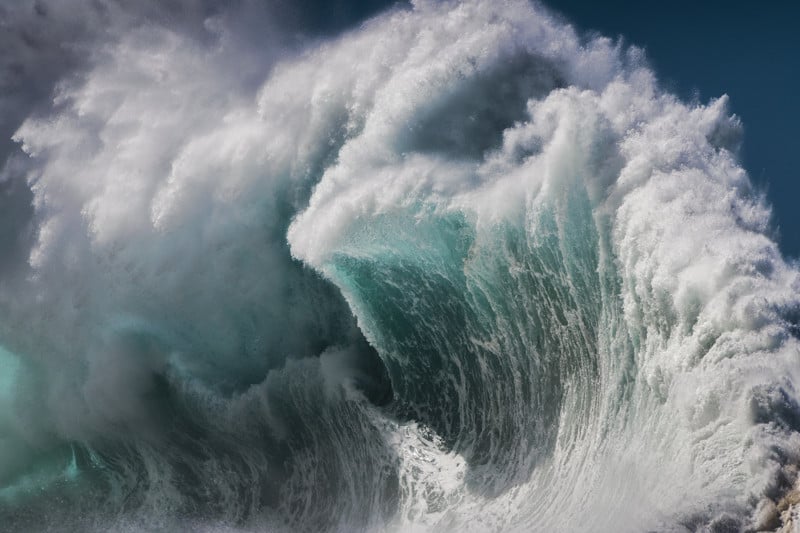 Caption: “A violent ignition of hydrogen and oxygen.” 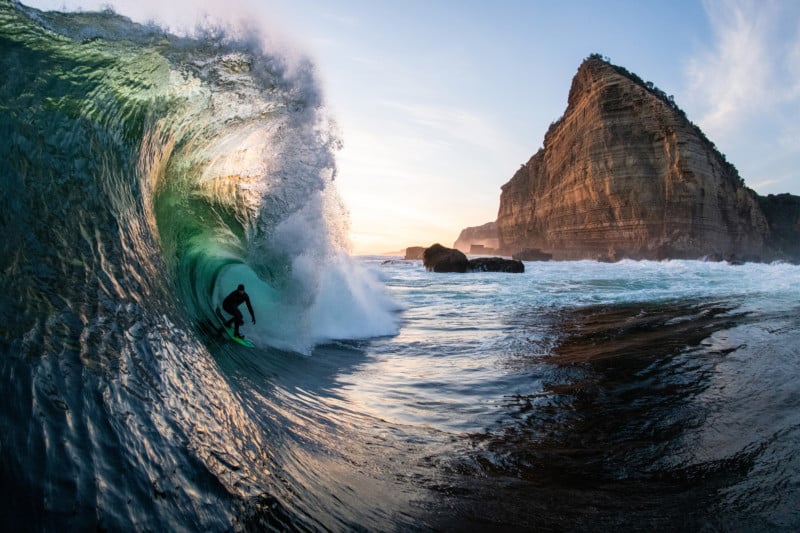 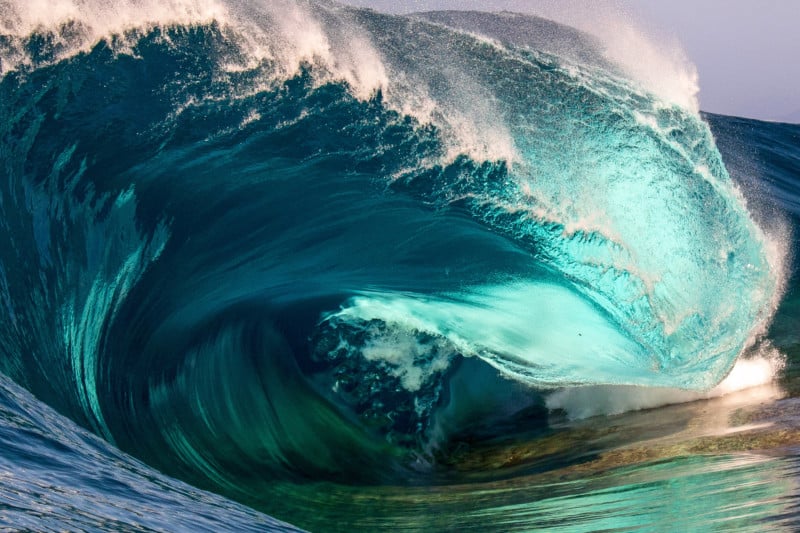 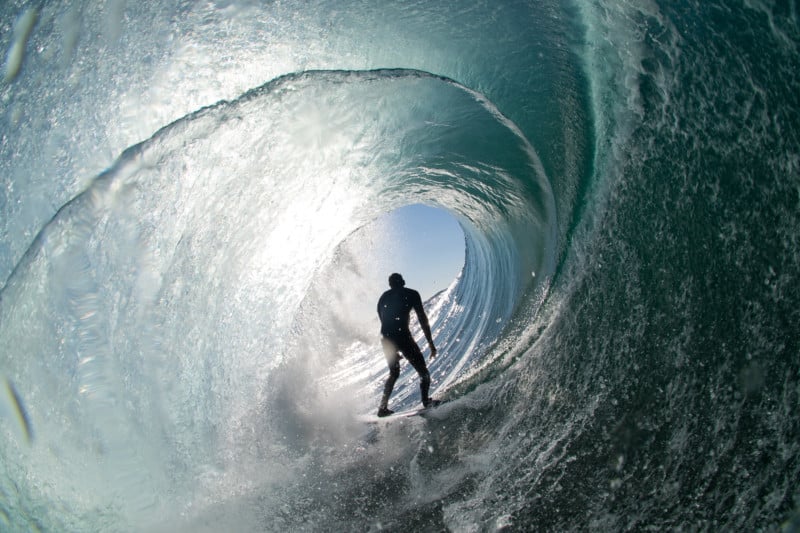 Caption: “A perspective from deep behind the surfer riding the barrel as the wave breathes back before spitting.” 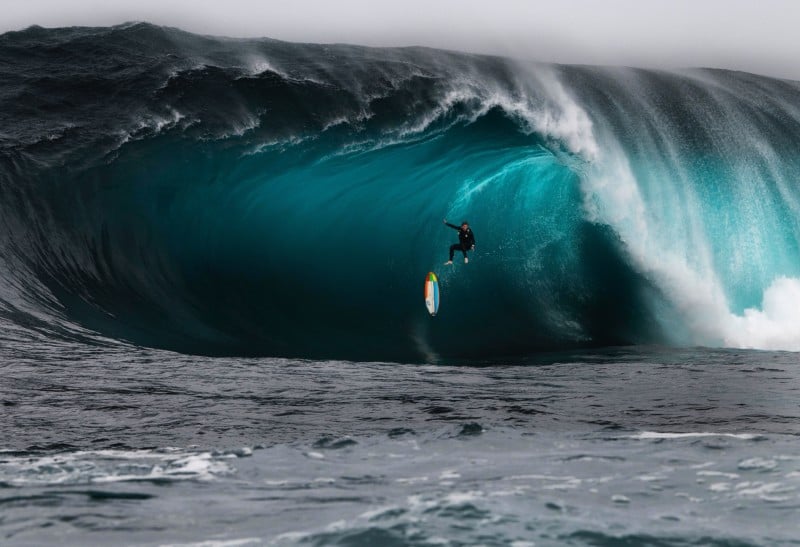 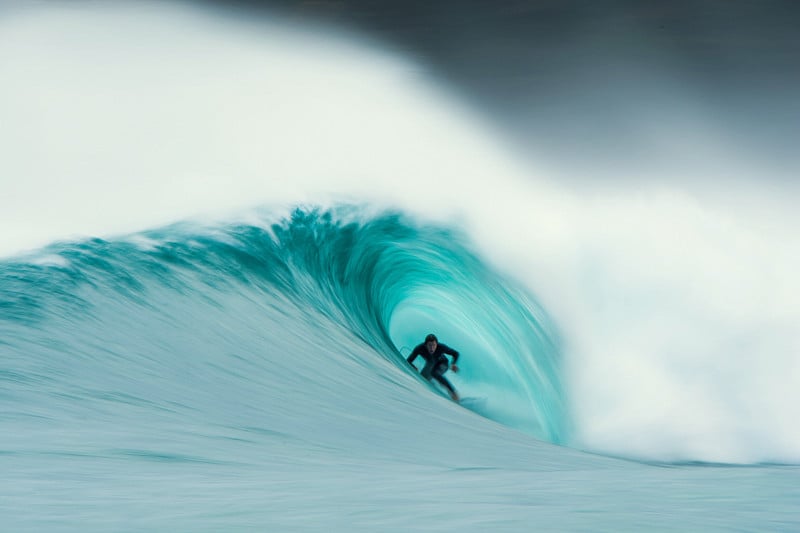 Caption: “This is an image of local shredder, Kael Walsh shot in the South West of W.A.. I was really lucky to have someone who’s so unflappable in challenging conditions taking aim straight into the barrel and seemingly doing it with complete disregard for their own well being. It’s always a really good feeling when shots like this come off.”

Jamie Scott | In the thick of it – Brad Norris – The Right 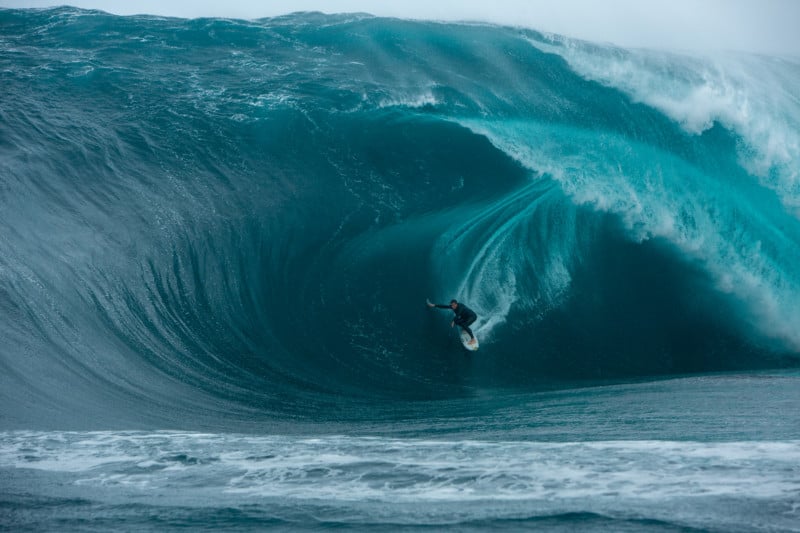 Caption: “In the thick of it, sometimes you just got to sit back and say WOW, 17th April 2019 was one of those days.” 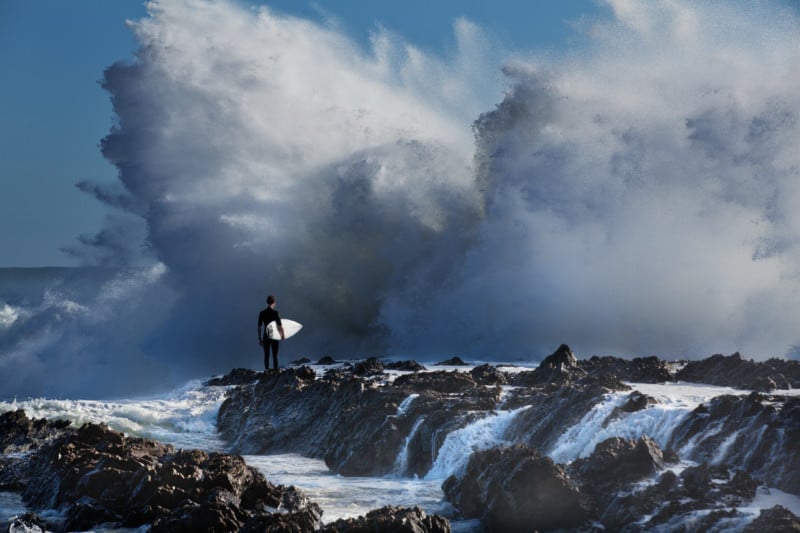 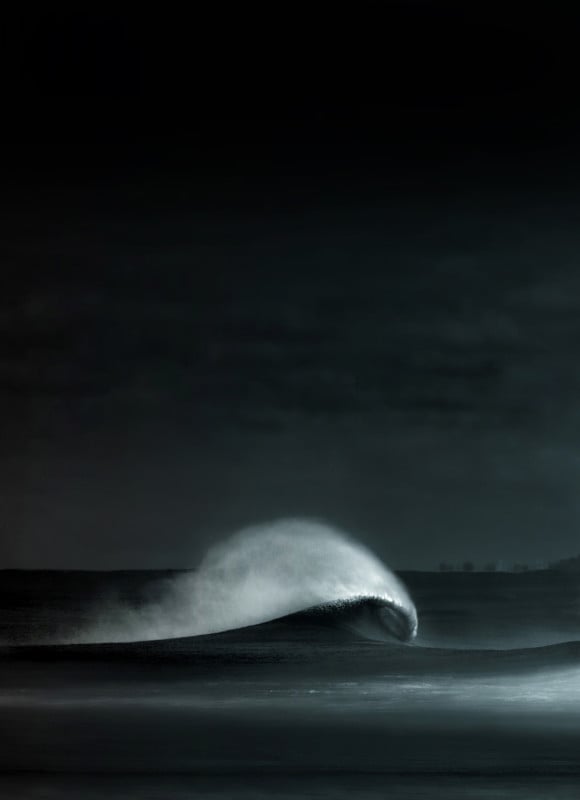 Caption: “Taken at Sunshine Beach on the Sunshine Coast while most people were still sleeping. It was one of those perfect swells, and all the elements lined-up wave size, an offshore wind, and just enough light to illuminate the sea spray.”

To learn more about the Surf Photo of the Year Awards, see larger versions of the photos above, or check out the three finalists of the Surf Video of the Year 2020, head over to the Nikon Australia website by clicking here.

Testing the Impact of Scratches, Dust and Fingerprints on Image Quality

This Sunset ‘Levitation’ Photo Was Captured in a Single Shot