Self-described “maker” and YouTuber Sean Hodgins of Idle Hands Development recently took on a DIY project that’s way beyond most of us mere mortals: he built his very own, working, 1-Kilopixel image sensor. Take that Sony!

Joking aside, creating your own image sensor is no mean feat, nor is it as simple as repurposing a few IKEA products. Hodgins made this clear when he posted the step-by-step instructions, code, and 3D models for this build on the Instructables website.

“This project isn’t really cheap, or easy. But if you’re looking for a challenge and a way to learn about how digital cameras work, this is definitely for you!” he writes. “You will need to be able to 3D print parts, solder circuit boards, program Arduinos, and have a basic understanding of how cameras work.” 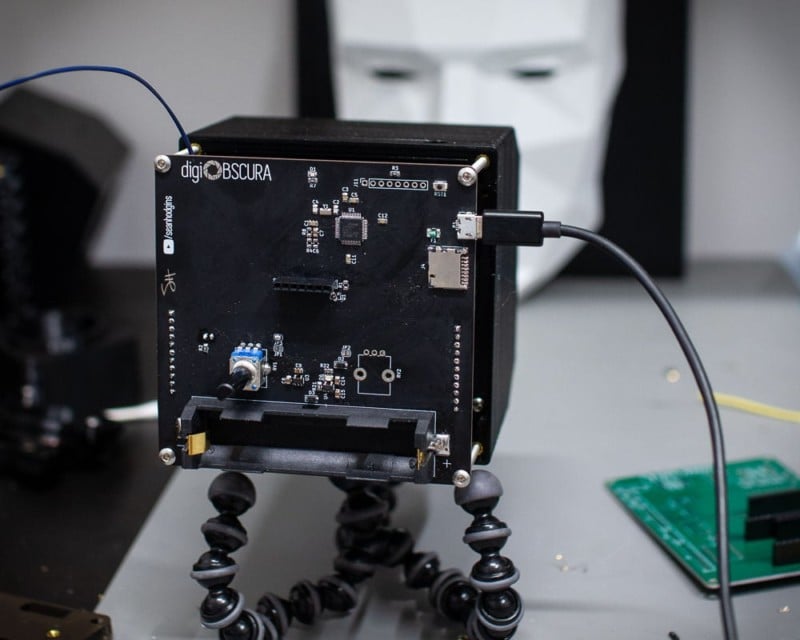 What he actually built was a DIY Image Sensor and Digital Camera, complete with a makeshift lens that’s really just the front element of a broken Canon 35-105mm f/4.5-5.6.

The camera and lens are more straightforward 3D printing and assembly DIY projects, while the microcontroller and Arduino programming should be familiar for anybody who has been following these kinds of DIY projects on PetaPixel for some time. Where this gets really interesting is the image sensor.

In order to create it, he purchased an Image Sensor Circuit Board with a matrix of 32 x 32 photo cells, giving him just over 1,000 pixels to work with total. Every single component on this circuit board had to be soldered on and placed by hand, which took Hodgins about 2.5 hours of non-stop work, despite the fact that he’s very skilled at this. Don’t expect to escape with your neck and back fully intact.

It takes this much work:

To go from this: 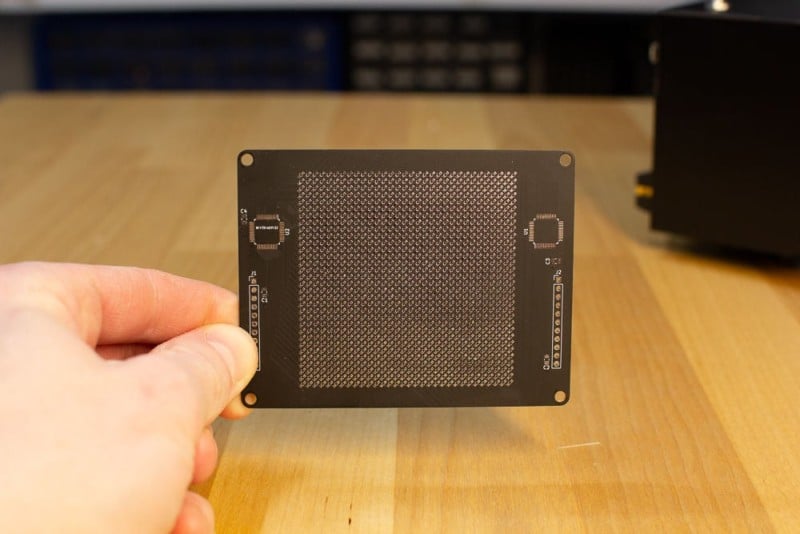 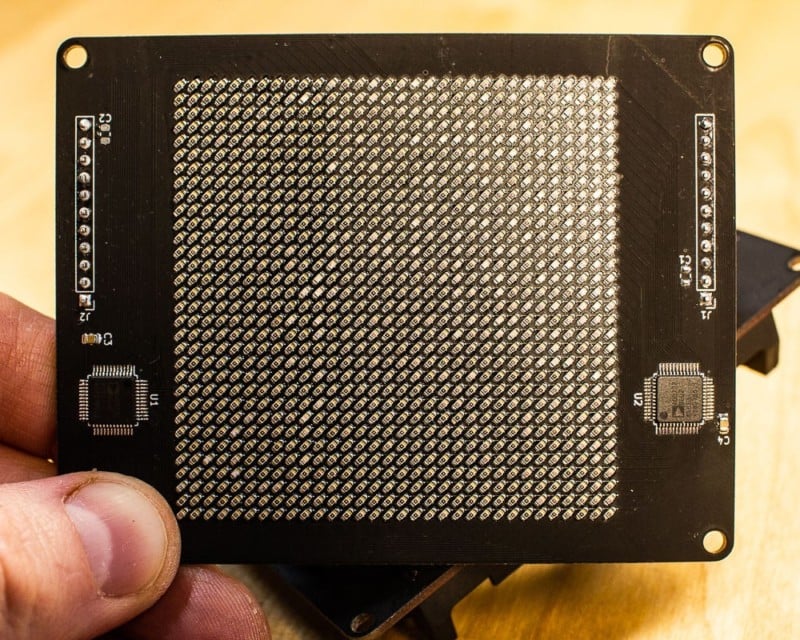 As for the final product? Once the sensor is done, the camera is printed, the lens is attached, the microcontroller circuit board is complete, and the Arduino is programmed, here’s the kind of image you can expect to capture with your homebrew 1-Kilopixel camera: 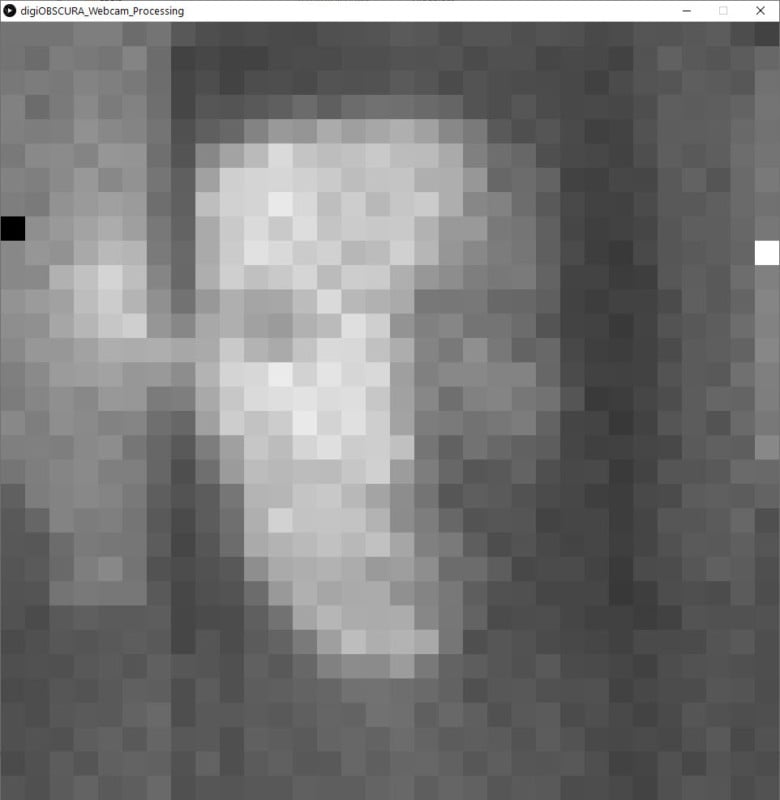 Clearly he should have put a Zeiss OTUS lens on there to really maximize his microcontrast… rookie mistake.

If you want to learn more about this project, or you’re brave enough to take it out for yourself, head over to Hodgins’ Instructables page here. True, you won’t be winning any awards with the images this thing can capture, but the project will definitely give you a deeper appreciation for just how amazing our modern-day digital image sensors really are. It seems Sony has nothing to worry about… for now.

The Winning Photos of the Military Visual Awards for 2019

How to Shoot and Stack a Photo of Comet NEOWISE