Researchers at the University of Zurich have created a custom drone that’s so good at obstacle avoidance it can play dodgeball. The drone uses a special camera that allows it to react to incoming objects in just 3.5 milliseconds, about 10x faster than anything on the market today.

The new obstacle avoidance system is detailed in this research paper published in the journal Science Robotics.

Basically, the system uses something called an “event camera,” a type of sensor inspired by human vision. Event cameras capture the world in a continuous stream of information, refreshing pixels individually when brightness has changed instead of shooting the whole scene over and over again like a traditional video camera. This allows them to respond in microseconds, making them ideal for capturing super-slow motion footage, as well as scientific applications.

Combining this type of camera with a specially-designed algorithm, researchers created a system that’s able to detect and react to moving objects much faster than anything else currently on the market. As a proof of concept, they installed the system onto an autonomous quadcopter and started throwing various balls at it in mid-air: 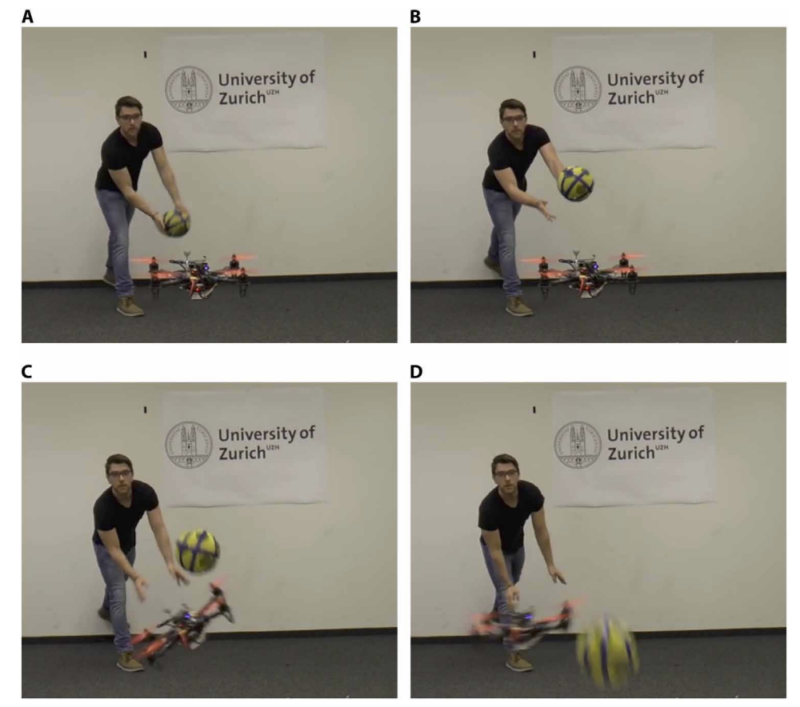 “Our resulting algorithm has an overall latency of only 3.5 milliseconds, which is sufficient for reliable detection and avoidance of fast moving obstacles,” boast the researchers. “Our drone was capable of avoiding multiple obstacles of different sizes and shapes at relative speeds up to 10 meters/second, both indoors and outdoors.”

As the paper’s abstract explains, current obstacle avoidance systems “have reaction times of tens of milliseconds.” Their system is about 10 times faster, which would allow a drone to “safely avoid fast moving objects” and quickly navigate “complex dynamic environments.”

It’s not perfect, but the researchers claim their algorithm, “successfully detected and avoided the obstacles thrown toward it more than 90% of the time.” That’s not bad at all, and something we would really love to see in consumer camera drones in the not-so-distant future.

Three Ways to Use RGB Lights in Your Portrait Work

Portraits In The Time Of Coronavirus