The Fragment 8 camera is the latest entry in the nostalgia-driven “retro” craze: a Super 8-inspired digital camera that trades 8mm film for 720p resolution GIFs or MP4s shot on a tiny CCD image sensor.

Designed by a film director and industrial designer—who together founded the startup Lofty Factory—the little camera is being touted as “a perfect replica of a Super 8 camera, including shutter sound, 2-minute time limit, and vintage image look.” Inspired by the Keystone K35 8mm camera, the goal of the Fragment 8 is to recreate the whole experience: not just the “visual look” of shooting 8mm film, but the actual feeling and experience of using a Super 8 camera.

You can see the camera in action in the videos below:

Spec-wise, there’s not much to the actual camera: it uses a 1/3-inch 720p CCD image sensor to record JPEGs, MP4s, or GIFs. Video is framed through a built-in viewfinder and you can shoot either 9fps or 24fps video (with the aforementioned 120-second recording limit) through a 17mm mount compatible, fixed focus, f/4 “flat” lens.

For additional “looks,” there’s a rotating lens plate attachment and three different filter lenses that are available as add-ons: Kaleidoscope Six, Star Filter and Radial Filter. When not in use, the filter lenses actually fit inside the camera’s mostly-hollow body, where the film would normally go.

“The Fragment 8 Retro Camera embodies the bright and soft appearance of the mid-century classic analog film,” says co-creator Chun Yin. “With natural tones, subtle color changes and slight discoloration, it makes a video of even the most mundane subject look artistic, nostalgic and well-composed.”

We’re not so sure about that last part, but the ability to shoot effects-heavy short-form video and GIFs like this will no doubt appeal to the TikTok crowd. 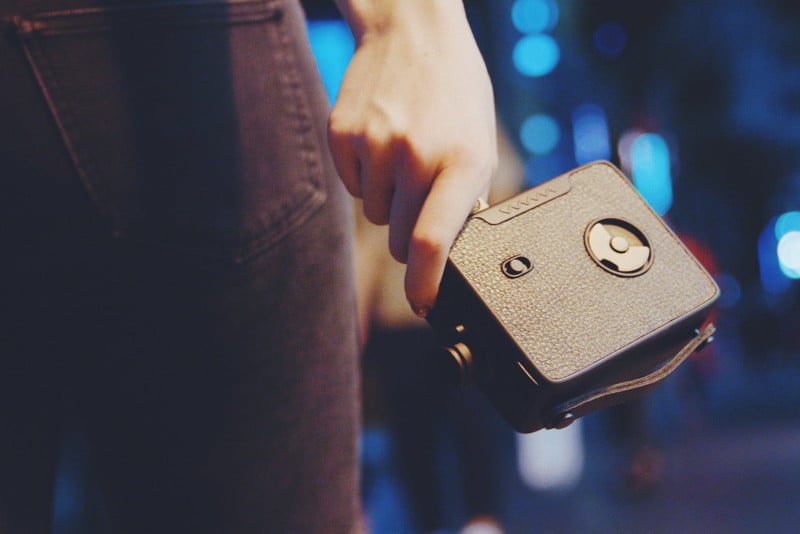 The Fragment 8 is currently live on Kickstarter, where Lofty Factory has raised over $12,000 on a goal of just over $19,000. If you’re interested in supporting the project, you can pick up the camera and standard lens by itself for approximately $90, or opt for the “Combo Package” with the lens plate and three filter lenses for about $130. If all goes according to plan, shipping should start in May 2020.

To learn more about this quirky little camera or put in a pledge and help them reach their goal, head over to the Kickstarter campaign page.

The New Age Of Modeling