The announcement was made by CEO Eric Yang through the Topaz Labs community forum, and as of this writing, it’s already generated 444 responses from mostly disgruntled users who feel that this amounts to a bait-and-switch.

“I have an announcement that may seem like bad news at first, but will end up being good news in the long run,” reads the forum post. “Starting in August 2020, we will charge for product upgrades to DeNoise AI, Sharpen AI, Gigapixel AI, and Mask AI.”

“Every company says that they value their customers. When we started Topaz Labs many years ago, we tried hard to figure out ways to show this through actions instead of just words,” continues Yang. “One of the ways we did this was by offering free major upgrades for all of our products. Conceptually, this felt really good to us […] Within the last few years, though, we started to realize something. Product development and research is expensive!” 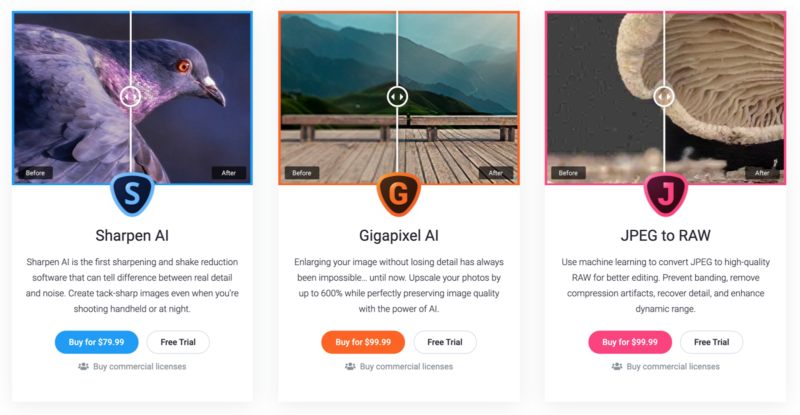 The issue is simple: cash flow. Yang and his team have realized that only making money when they release totally new products or sell a product to a brand new user is unsustainable, and in fact leads the company to release similar products that are “different” in the name of making more money.

“Despite our best intentions, we found that we weren’t focusing as much as we wanted on improving our existing products,” writes Yang. “We ended up with several different products that did similar things, which caused confusion about which tool to use […] Make no mistake about it: this situation was 100% our fault.”

And so, hat in hand, Yang starting in August of this year the company will “move to paid upgrades to finally align our pricing policy with how we want to build products as a company.” The new policy will break down into four points that will hopefully make it a bit easier for current users to swallow:

Yang goes to great pains to point out that this is not an Adobe-esque move to a subscription model. You will still own the software you purchase, and can use it for as long as you’d like. The “benefits” of this model—beyond incentivizing Topaz Labs to release upgrades that are worth paying for—is that users will get to choose only the upgrades that make sense for them.

Additionally, all current users will get at least 6 months of free major upgrades (hence the August 2020 date). And if you purchased your latest version more recently than August 2019, your free upgrades extend a full year. 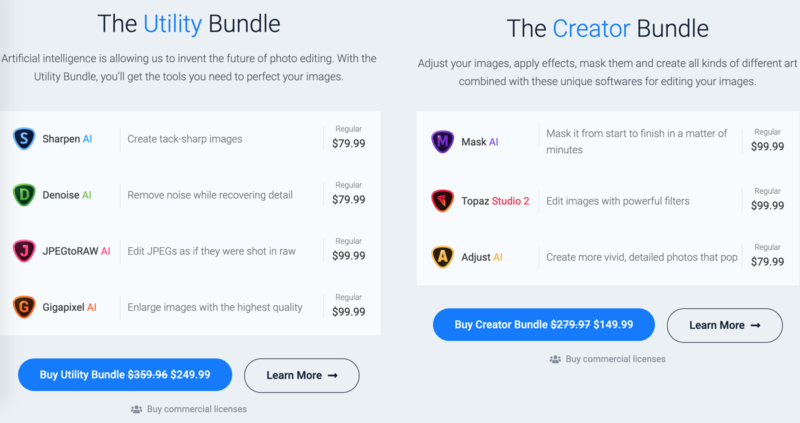 Current users of Topaz Labs software are obviously not happy about this change, and are particularly upset that they’re not being grandfathered in with free upgrades for life. Changing the policy moving forward is one thing, but changing the rules on your current clients is being characterized as unacceptable, and maybe even illegal.

“I purchased your programs in good faith with the promise of free upgrades. Now you’re changing the contract you made with me, buy my purchase, to fit your financial needs,” wrote one user. “This is an unfair burden on users. I could see your changes on new purchases, but penalizing previous buyers is not a legal concept.”

Some users did come to the company’s support, thanking Yang for his candor. Others took the middle road, saying they understood the new policy, but that Topaz Labs had better “properly test” all new software and ensure that upgrades are actually worth the new purchase price.

Still, the majority of users are unhappy with the change—many compared it to moving to a de facto subscription model, others demanded that old users be grandfathered in to free upgrades (for moral, if not legal reasons), and some threatened to withdraw their business entirely. There’s no denying that Topaz Labs is in for a rough few weeks of PR, but if Adobe’s success shifting to the highly unpopular subscription model is anything to go by, this will have exactly the financial impact the company is hoping for.

To read Mr. Yang’s full, detailed announcement and apology for yourself, click here.