Those Nikon-branded XQD cards that first cropped up in Japan back in August of 2018 are finally available in the United States. The timing of the release is odd given the recent arrival of CFExpress cards that use the same form factor, are faster, and have already started to ship.

Nikon Rumors broke the news when they discovered that Nikon’s own XQD cards were now available to order from US retailers. The card, which is currently only available in the 64GB size, is being branded as a “High Speed Memory Card for High Performance Cameras.” 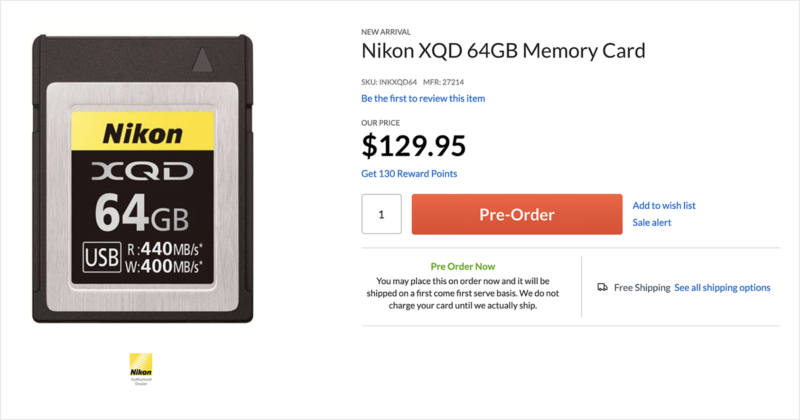 Last year, when CFExpress was still a ways off, this release would have been hailed as a smart move by Nikon. XQD cards are relatively rare, and having another option other than Sony might have driven down the price for consumers. But now, with support for CFExpress expected to arrive on Nikon mirrorless cameras and DSLRs in a matter of weeks, selling a 64GB XQD card for $130 when the (much faster) competing SanDisk CFExpress card sells for only $20 more seems like a swing-and-a-miss.

That said, if you’re interested in saving a few bucks on a 64GB card for your Nikon Z7 or Z6, you can pre-order the Nikon-branded XQD card here.

Lightroom is Getting Advanced Color Grading