Did you know that your body is bioluminescent? That’s right — the human body actually emits visible light and can be photographed by an ultra-sensitive camera in complete darkness.

This strange discovery was made during a study back in 2009 by a team of Japanese researchers led by Masaki Kobayashi of the Tohoku Institute of Technology.

Five male volunteers stripped down, cleaned their skin, and entered a light-sealed chamber for 20 minutes every 30 hours between 10am and 10pm. The researchers used a special ultra-sensitive camera kept at -184°F (-120°C) that can detect individual photons. 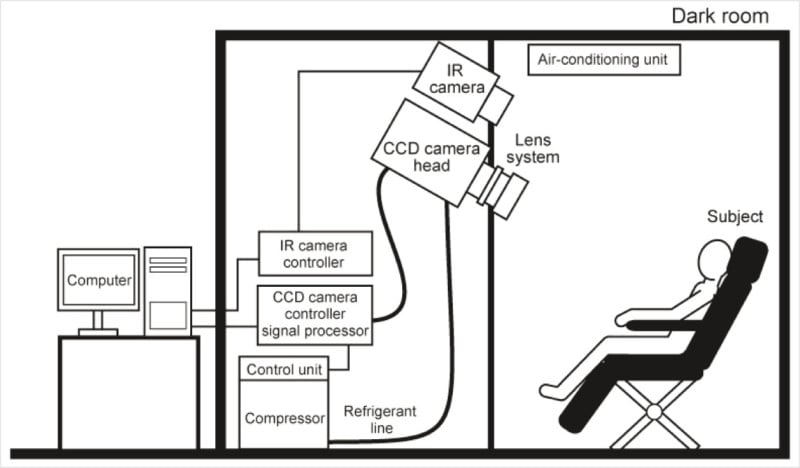 The team found that the subjects’ bodies glowed by emitting visible light photons throughout the day in a rhythmic cycle — the most light is emitted from the forehead, cheeks, and neck at around 4pm in the afternoon, and the least photons were seen late at night. 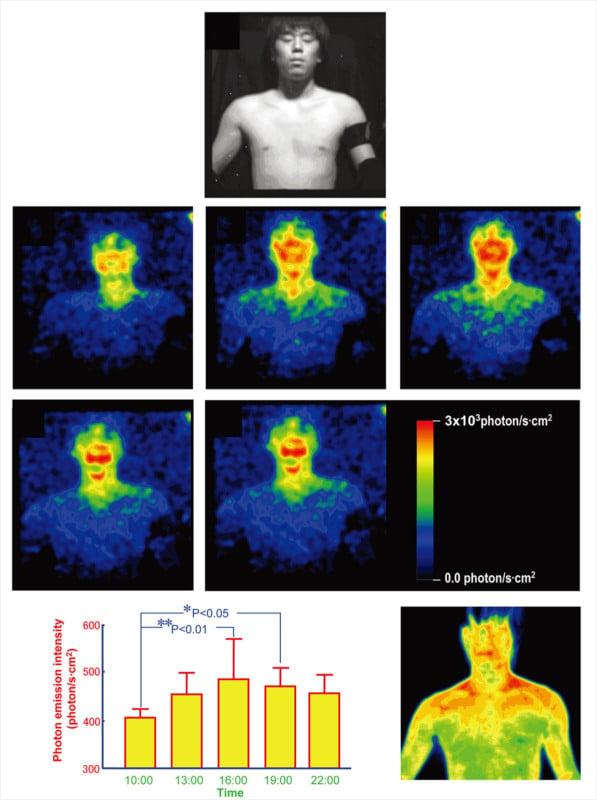 Disrupting the subjects’ sleep patterns disrupted the rhythm of the glow, leading researchers to conclude that the pattern is caused by the body’s internal clock. They believe that the photons are emitted by chemical reactions that produce free radicals — when the molecules involved in the reactions interact with fluorophores (chemical compounds that can emit photons), visible light is what results.

Bioluminescent creatures such as glowworms, fireflies, and plankton are a popular subject with photographers with the low-light abilities of modern digital cameras.

The human body’s bioluminescence is 1,000 times less intense than the sensitivity of the human eye, but perhaps in the (distant?) future, consumer camera sensitivity will get to the point where photographers can shoot light-painting photos with the glow of their subjects’ bodies in a pitch-black room.

(via PLOS ONE via Nat Geo)